Baz Luhrmann was ready to take the blame if "The Great Gatsby" flopped.

Now that it's a hit, he has every right to take the credit.

Luhrmann and his wife, Catherine Martin, spent three years "living and breathing" F. Scott Fitzgerald's life and works in preparation for this film. "We are total and utter research nuts," Luhrmann told The Huffington Post on Friday. "We could research forever and never make the movie."

Case in point: Luhrmann read that Fitzgerald and his wife, Zelda, had glimpsed the Statue of Liberty one morning from an ocean liner arriving in New York Harbor. "So we went to England and we came on an ocean liner to New York," he said.

Luhrmann's monumental research effort informed every aspect of the film -- and it helps explain why a collection of prominent Fitzgerald scholars and insiders have embraced the adaptation, even as some critics cry, "Sacrilege!"

The Atlantic film critic Christopher Orr, for instance, objected to the "odd and off-key additions" supplied by Luhrmann and his writing partner, Craig Pearce, singling out a line where Nick Carraway, played by Tobey Maguire, laments that "All of us drank too much back then … and none of us contributed anything new."

Scholars, however, recognized those lines -- or versions of them -- from Fitzgerald's posthumously published essay "My Lost City."

"Young people wore out early -- they were hard and languid at twenty-one, and save for [the New Yorker cartoonist] Peter Arno none of them contributed anything new," Fitzgerald wrote. A few sentences later, he added, "Most of my friends drank too much."

"I remember as I was watching the movie I kept thinking, 'That's not 'Gatsby,' but that's Fitzgerald," said the writer and lecturer Anne Margaret Daniel. "And indeed that was the case."

To Luhrmann, at least, something similar can be said for his controversial decisions to shoot the picture in 3D, commission a hip-hop-inflected soundtrack from Jay-Z, and ship the narrator, Nick Carraway, off to an insane asylum, where he produces the pages of "The Great Gatsby" as a way of recovering from "morbid alcoholism."

"I can say not a person on this film made a decision flippantly," Luhrmann, best known for "Moulin Rouge" and "Romeo + Juliet," said.

"It's Like Your Homework Is Coming Right At You"

Take the choice to shoot in 3D. Luhrmann knew it would be controversial. (In a special segment devoted to the movie, Stephen Colbert joked, "It's like your homework is coming right at you.") But the last thing he wanted to do, Luhrmann said, was adapt this conscientiously modern book "through a sort of sepia-toned lens. It's gotta feel modern, of the moment."

Inspired by James Cameron's vision of 3D as a medium destined to evolve beyond its "comin-atcha" origins, as well as by the intimacy of Alfred Hitchcock's "Dial 'M' For Murder," Luhrmann became fixated on the idea of shooting the climactic tug-of-war for Daisy's affections at the Plaza Hotel in 3D.

"The noise, the razzle dazzle, it's in the book. But [the whole novel] strips down to five people in a room going, 'You loved him? But I thought you loved me.' It's absolutely pure, simple five-handed drama. And I thought, seeing actors at top click in 3D, just acting, what would that be like?"

Luhrmann shot some tests, liked what he saw and opted to forge ahead. "I went, 'I know there's gonna be noise, eyeball-rolling, a whole lot of easy cheap shots. Go for it, my friends.' But the bottom line is, Fitzgerald wouldn't have looked away from that new step, embracing that modern technique."

As for the notion, floated in some quarters, that the film was shot in 3D to boost box office profits, especially overseas, Luhrmann dismisses it out of hand. "I had to convince the studio in the first place that it was a good idea," he said. (In the end, just 33 percent of domestic ticket-buyers paid extra to see "The Great Gatsby" in 3D during its opening weekend.)

The hip-hop soundtrack, too, stemmed from Luhrmann's understanding of Fitzgerald as an unflinching modernist. "He took African-American street music, jazz, and he put it front and center in the novel," Luhrmann said. "He did that because he wanted the book to feel immediate and dangerous." But the jazz of the 1920s has long since matured into something "classical and quaint," so Luhrmann turned to a newer form: hip hop.

The resulting soundtrack, produced by Luhrmann, Jay-Z and executive music producer Anton Monsted, is already a hit, likely to debut at No. 2 on the Billboard Top 200. Just as important, from Luhrmann's perspective, is the seal of approval the music has received from Fitzgerald's granddaughter, Eleanor "Bobby" Lanahan. "This really was Baz Luhrmann's take on 'Gatsby,'" she told The Huffington Post, "and I think he had every right to pump it up with music and make it very lively for our modern ears."

Lanahan saw the film at its world premiere in New York on May 1. She liked it considerably more than she'd expected to. "From the trailers, I thought it was going to be a movie on steroids," she said. "Everything was going to be pumped-up, the emotions were going to be exaggerated, they were going to be about as in-depth as Bruce Willis. But I was very happily surprised that the characters were moving. They were touching. I cared about Daisy, actually, and I cared about Gatsby and all of them."

Mulligan's Daisy is a touch more sympathetic than the careless heiress of Fitzgerald's novel, and once again the explanation can be found in the filmmaking team's extensive research. Because the novel is so short -- and so light on dialogue -- Luhrmann, Pearce and the actors drew liberally from Fitzgerald's other works, as well as his unpublished drafts and letters, to flesh out the story.

To play the elusive Gatsby, Leonardo DiCaprio steeped himself in an early draft of the novel, titled "Trimalchio." "When it was time to play a scene, he would read the script, then the passage in 'Gatsby' and then the passage from 'Trimalchio,'" says Dr. James West, who edited the edition of "Trimalchio" published in 2002.

And Carey Mulligan looked beyond the Daisy of the novel, poring over letters by Zelda as well as Fitzgerald's first love, Genevra King. "We were like a theater company, and we literally got all the actors to read and learn everything so that they could call on and invent themselves and collaborate," said Luhrmann.

Inside the Perkins Sanitarium

The biggest character transformation, however, is the one visited on Tobey Maguire's Nick Carraway. In the novel, it's never precisely clear how or why Carraway is telling us all this. And while that's perfectly fine for a book, a film demands greater specificity. If words are going to be said, or displayed on a screen, someone has to be saying them, and that person has to be in some concrete location for some concrete reason.

"We're not going to be able to use much of Fitzgerald's language unless we're actually able to see him writing the book," Luhrmann said he remembered thinking. "Who could he be writing the book with?"

Luhrmann and Pearce toyed with the idea of showing Fitzgerald and his editor, Max Perkins, working together on a manuscript. But they concluded that Perkins would become "too big a character," giving notes and generally interfering, as editors do.

Then they came around to the notion, supported by academic thinking, that Nick is a stand-in for Fitzgerald himself. Both were Ivy League-educated Midwesterners, even if Nick, who turns 30 at the end of the summer of 1922, was a few years older than Fitzgerald.

The notion of Nick as author got a boost when the filmmakers spotted a phrase from Chapter 3 of the novel, where Nick begins a sentence with the words "Reading over what I have written so far … "

"I'd forgotten that," admits Charles Scribner III, the art historian and grandson of Fitzgerald's publisher. "So Nick clearly is writing it out. He's not just a narrator. He's the author."

It was Luhrmann's script assistant, Sam Bromell, who discovered the key to Nick's back story in a draft of Fitzgerald's unfinished novel, "The Last Tycoon." In that early version, the narrator, Cecilia Brady, told her story from inside a sanitarium.

The setting wouldn't have been unfamiliar to Fitzgerald, given Zelda's agonizing struggles with mental illness. "Fitzgerald and Zelda were not strangers to sanitariums," Luhrmann said. "Fitzgerald was not a stranger to being destroyed and decimated by alcoholism."

But the fanatical research team wasn't going to institutionalize Nick Carraway without establishing a historical precedent. Luhrmann located a sanitarium that opened in Topeka, Kansas, in 1925 and met with its former director, Dr. Walter Menninger. Menninger's grandfather and uncle had founded the institution, and Luhrmann asked how patients in those days were treated.

As it turned out, "automatic writing" was indeed a favorite technique for encouraging patients to express themselves. And so it was resolved: Baz Luhrmann's Nick Carraway would write the manuscript of "The Great Gatsby" under the supervision of a kindly doctor, based on Walter Menninger, at the Perkins Sanitarium, named for Fitzgerald's famous editor. Luhrmann even shot video of Menninger psychoanalyzing Tobey Maguire, in character as Nick. "That whole thing in the beginning is basically a reproduction of that moment, using an actor instead of Walter," Lurhmann said.

Not everyone in Fitzgerald Land loves the framing device. "That was maybe my least favorite thing," said Bobbie Lanahan, the granddaughter of Fitzgerald and Zelda. "I would have left it open-ended, probably, the way Fitzgerald did."

But Charles Scribner III, who spent part of the 70s correcting the Scribner edition of the novel, considers it "a sheer stroke of brilliance." Luhrmann, he said, "solved the question mark as to 'Why are we hearing this voice?'"

The Buck Stops With Baz

The scholars and insiders quoted here are those who advised the filmmakers or reached out to them after seeing the film to express their approval. There's no question many others will look less kindly on the framing device, the soundtrack, the 3D, the added dialogue and who knows what else.

But one thing they can all agree on is that the credit -- or blame, as the case may be -- belongs to Baz Luhrmann.

"I make all the decisions," he said. "So all those terrible negative reviews? That's my fault. I am responsible for everything in it."

But he's also responsible for a film that, despite profound skepticism and a distinct lack of men in capes and tights, grossed a whopping $51.1 million in its opening weekend during the height of superhero season. It's also scheduled to open the Cannes Film Festival this Wednesday.

"We've been in profound lockstep from Day 1 to try and claim the 'Summer of Gatsby' and to be under the skin of the culture," Luhrmann said. "Is it a battle plan? Yes. But what's so funny is how quickly it goes from 'Oh, they'll get slammed' to 'But of course.'" 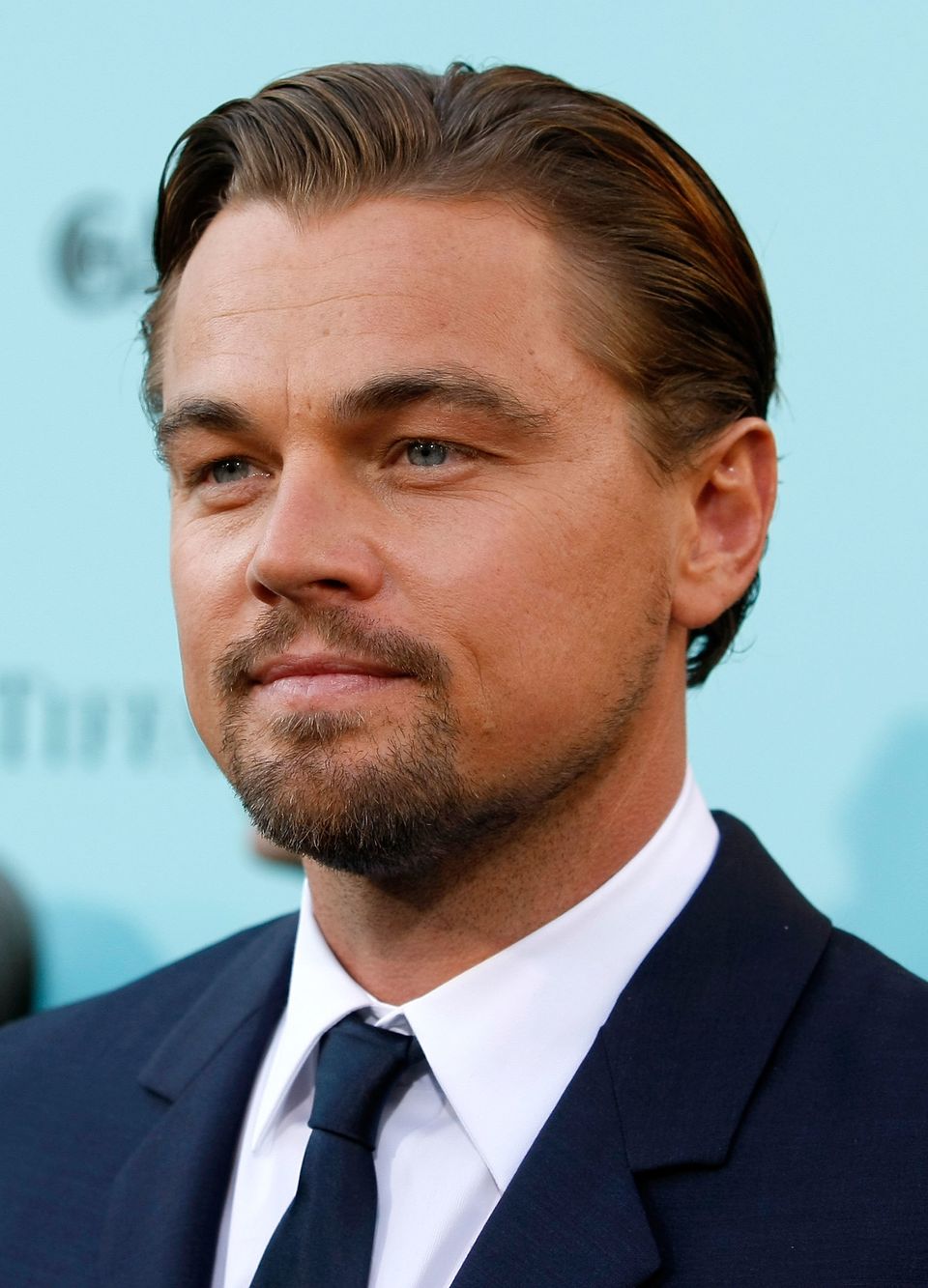