America Ferrera has had the pleasure of starring in three movies for her husband, Ryan Piers Williams, the most recent being "X/Y," which is currently screening at the 2014 Tribeca Film Festival in New York City.

But it's not just "spousal duty" that has Ferrera signing on to do her man's projects. Williams showcases his writing, directing and acting skills in his sophomore feature "X/Y," a film which follows the lives of four friends -- Mark, Sylvia, Jake and Jen -- and delves deep into modern relationships and the way people connect in the present day.

"I have many friends and colleagues who've experienced those [relationship] problems and ways of trying to better themselves, so I felt compelled to share that story and Ryan gave me the opportunity," Jon Paul Phillips, who plays Jake in the film, told HuffPost Entertainment.

"Everybody does things really differently, and that's what I love about the movie -- it shows that," Melonie Diaz, who plays Jen, added.

Ferrera and Williams spoke with HuffPost Entertainment while in New York on April 21, touching on "X/Y," their collaboration on the film and some awkward, extremely intimate sex scenes.

What was it like working together on this kind of film?

Williams: It's a very unique experience. It really is amazing to be able to work with somebody who knows your strengths, knows your weaknesses and is there, ultimately, to support you. To be able to be that for each other in life and then to be able to carry that into work is incredible. And we met working with each other in 2005 -- it was a short film that I directed -- and that work experience was something that connected us so deeply that it feels natural.

Ferrera: And for me, it makes the space feel even safer. Our characters are a bit at odds in the film and its a dark, kind of scary place to go, but I think, as partners, we had to band together even stronger to really get through the day-to-day hustle of guerrilla filmmaking! So even though on camera we were facing a lot of conflict, in real-life, we really needed each other's support. And so it was great and strengthening and we have a shared love for what we do, so it's great to do it together.

How did the film come to be -- I know, Ryan, you wrote it, directed it and starred in it. Pretty impressive!

Williams: It's possible I'm a little crazy. I think I might be insane. But no, it really came out of my observations of the lives around me, observing people and relationships that were succeeding, or that were in trouble -- people in my generation that were having a really hard time connecting or finding a meaningful relationship, and then people who had relationships and were having a difficult time keeping them. So, something that I was curious about was just the idea that our society is so hyper-connected and that through social media, through interactions, through dating websites, it's a little spastic. And what I was witnessing was that when people actually get into a relationship, it was so hard for them because it's so much easier to just go to the next thing. So I was really curious about that and wanted to make a film that reflected on this specific time.

Did you always plan on doing the movie in the four parts, with each character having their own section?

Williams: Yeah, I did. I wrote it like that. I wanted it to be these portraits of each of the characters and really get into the struggle of each character individually. And so I thought it would be interesting to really section it off in the film. What I also hope is that each story kind of builds on the one before to paint a bigger picture of relationships, in general. When I was writing it, I knew that if I was going to write about the state of modern relationships, I couldn't just say it through one person's perspective. I really wanted to go into different worlds to paint a broader picture. But i think that the struggle we all go through is very similar, so there is a through line to each of the stories, but ultimately it couldn't be told without all four portraits.

How did the cast come together?

Ferrera: A lot of the people in the movie are our friends. Luckily, we have incredibly talented friends! Melonie [Diaz] and I have worked together in the past and she is a quintessential New York gal, born and raised in the Lower East Side. I love her. I feel like I'm dying for us to play sisters in something ... we kind of look like each other! But because it is such run-and-gun, you need a strong cast. And you want those relationships to feel incredibly authentic and real. Although Melonie and I never worked so closely to this degree, I knew that we had a great chemistry and she's a friend and she's a fabulous actress and that it wasn't going to take months of hanging out to build that chemistry. We needed to just be able to just jump into it. And we were lucky enough that she wanted to do it, so it made that relationship feel easy because the chemistry was there so we could just play and discover things in the work instead of just trying to get the chemistry right.

You and Melonie have a complex relationship in the movie because you're kind of on different sides of the love life spectrum; Jen is going around looking for the perfect guy but can't find him and Sylvia had the seemingly perfect guy but might lose him. Have you ever had that experience with a friend before?

Ferrera: Absolutely. In love it's very rare that everyone is in the same place at the same time. You go up and you go down and you have those friends who are like forever single or forever dating. You do, as you grow older, want to share your experiences with your friends, but you start growing in different directions, so it becomes harder sometimes to relate and to communicate your struggles with their experiences of love and relationships.

That's definitely something I've experienced in my life. Especially now when people are getting married older and older. We got married fairly young, I was 27, which is like really young for New York standards, you know? Late, for say, Texas. And all my friends are like still online dating! I'm like, "Someone get married so I can talk to you about what it feels like to be married!" So yeah, I think that the relationship between Sylvia and Jen is such a tender one and I think that there's a lot of love there. I always imagine the relationship to be one of a lot of history and yet, one that you hang onto because it meant so much to you in the past, but the present situation doesn't feel really matched. Like are they friends for present reasons or for past reasons?

And the same with you Ryan, you had a very passionate love scene in the movie with your friend Jake [Jon Paul Phillips]. Actually, there was a lot of sexy love scenes in the movie ...

Williams: I think that what I was trying to do with the sex scenes in general was to illuminate everyone's struggle to connect. The movie starts out with a sex scene between America and I, or Sylvia and Mark rather, and you see such a disconnect between them. Then, throughout the movie, people become different variations of connectivity through the sex and it's a reflection of how each person is dealing with their emotional life. With the sex scene between Jake and Mark, I think that they're both in such a lonely, really depressed place and they do have a real, true love for each other as friends and it's one of those moments that just happens between them. In a desperate moment, they find this connection with each other and through that connection, they're able to heal a part of each other.

I think sex for an audience, people can immediately relate to it on some level. Whether it's a funny moment or a super sexy moment or just a moment of deep connection, it's such a visceral way for an audience to relate to the character's struggle immediately and kind of understand where they're at, because it's oftentimes a reflection of their own life or their friend's life or whatever.

You and Jon Paul Phillips surfed a bit in the movie, and I was curious where those scenes were shot.

Williams: We shot them at Far Rockaway. And we shot at a time when the damage from Hurricane Sandy was still very visible. That was a very tragic event for New Yorkers in general, but in the movie, it provides a really interesting back drop for Jake's story. In each character's story, the environment is a reflection of their own internal life. So with Jake's story in particular, all of the environments around him are under construction. For him, his life is very much in development, so I wanted to paint the world around him to reflect that internal struggle. And Sylvia has her own connection to her environment, as does Mark and Jen. So that was really important, to make each environment very specific to the characters. Which was great because in the movie we get to go to all these different parts of New York and show these pockets that people have probably never seen in cinema before, so that was also very exciting to do.

Absolutely. I live in the Lower East Side and I noticed things, like B Bar, when you guys were walking past it in a scene.

Ferrera: Oh yeah! New York City is such a gift to independent filmmakers because you can point the camera and very rarely can you go wrong.The colors and the architecture and what pops, it's just there for you. It's a gift for New York filmmakers who are making it on a dime to have this beautiful backdrop to point and shoot. 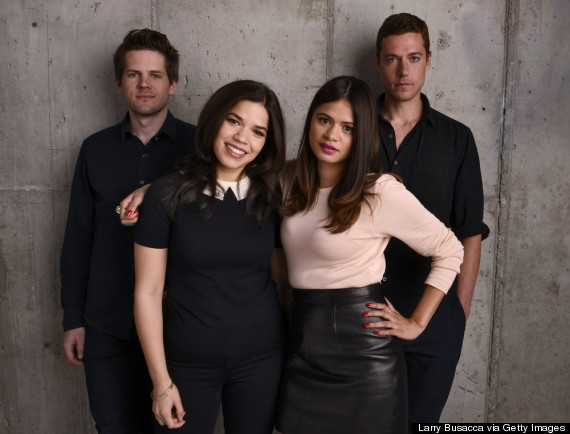 Get more with the cast of "X/Y" over at HuffPost Live.

CORRECTION: A previous version of this article misquoted America Ferrera as saying "ban together" and "gorilla filmmaking." The errors have been corrected. 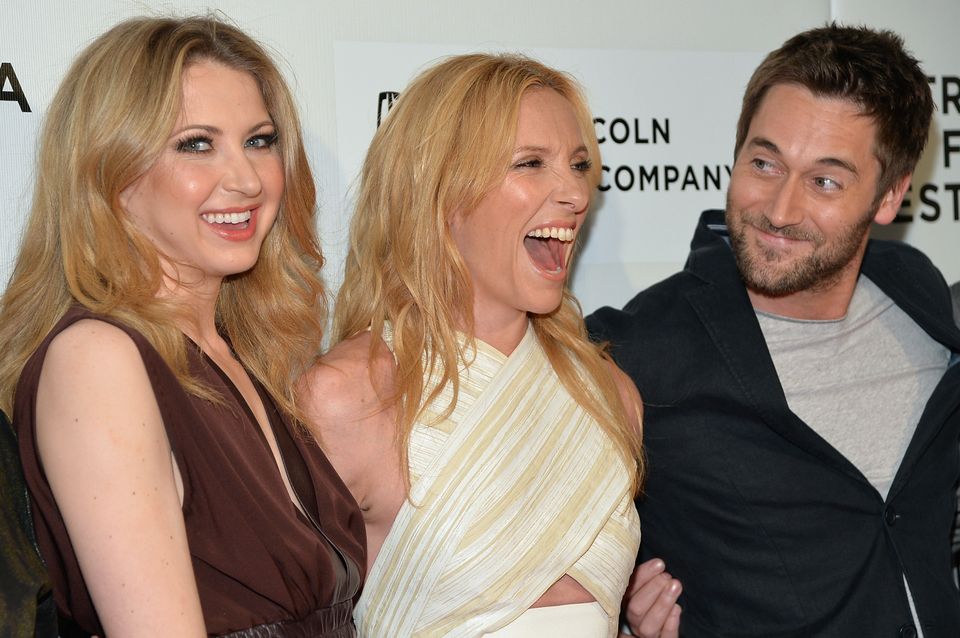