Airtel has pitched the service as a 'win-win' for customers and marketers, claiming that both startups and large conglomerates can benefit from providing a 'toll-free' service, which delivers the same results as traditional digital marketing channels at one-third the cost.

We reached out to Indian tech startups to hear their views on Airtel Zero, and the importance of net neutrality, which asserts that networks should be agnostic to the content being delivered. Here's what they had to say. "We are pro net neutrality. Internet should be fair for all. Net Neutrality ensures that the best product wins rather than the guy with the deepest pockets. A tiered internet will always favor the companies with money and will be very detrimental to meritocracy. This is like introducing a class system for the internet."
— Sai Srinivas, Co-Founder & CEO at Teewe

“It goes without saying that we are for net neutrality in India. We strongly believe in equal access to information and services. Airtel Zero per se, like they say is comparable to toll free numbers. However, what they do beyond that could infringe in damaging the net neutrality that we are looking for. The potential end of net neutrality will be disastrous and will greatly arrest India’s growth, and shouldn’t be allowed under any circumstance.”
— Narayanan Hariharan, Founder, Effect Works

Net neutrality is fundamental to a robust set of internet companies in India. In the absence of such, I feel we are not going to have a level playing field and ultimately make the innovation suffer. I can understand the revenue pressure telecom operators are feeling because of many of the internet applications. However, the current position of telecom operators is neither very fruitful, nor sustainable in long term. An end to net neutrality will reduce the innovations and increase the barrier to entry for young innovative startups to do new things. Ironically, young Filpkart five years back would have been found it difficult to compete against Amazon in the world of "Net Zero" plan if current situation existed then.
- Ambarish Gupta, CEO and Founder, Knowlarity Communications

"We are all for Net Neutrality. We do not support Airtel's new marketing initiative. Its like giving a fixed phone line, and restricting access to who you can call. Airtel's Net Zero sets a bad precedent for things to come. Besides startups, it is mostly unfair to the ones who matter the most - the users. Imagine this happened when Facebook was still a startup? Users would have been deprived of a platform that has changed social behaviour like nothing else in the history of the Internet."
— Aakrit Vaish, CEO & Cofounder Haptik Protesters hold a rally to support 'net neutrality' and urge the FCC to reject a proposal that would allow ISPs 'to boost their revenue by creating speedy online lanes for deep-pocketed websites and apps and slowing down everyone else,' on May 15, 2014 at the FCC in Washington, DC.

"Airtel Zero seems like an innovative solution to bring Internet to every person. Whether this is on a firm footing or a slippery slope will be decided by the actual implementation. The current way of individual companies buying Internet for their consumers is a slippery slope.
After all Internet is all about freedom of choice. Keeping in mind that currently it would be free only if you use a particular company makes it free at the cost of the freedom of choice it offers. This is everyone's loss."
— Yogendra Vasupal, CEO/Founder at Stayzilla.com

"Toppr stands completely in support of net neutrality and the idea that access to internet/data should be same for all without any external throttling. Net neutrality is the basis on which internet was built and it has been successful in providing a level playing field for all without any bias. Lack of net neutrality would clearly affect the freedom of choice of consumers which could end up creating monopolies across industries."
— Zishaan Hayath, Co-Founder, Toppr.com

“Internet is a market place and net neutrality ensures that ISPs don't interfere in this market place. Disturbing Net Neutrality can not only create a havoc in the online space but may affect offline business in a big way.

Startups with deep pockets will definitely have a bigger advantage. All the existing big startups have become big because of net neutrality today. Startups of the future will be at a disadvantage.

Airtel's new initiative is about helping Airtel make money. If big apps and content providers are able to subsidize data costs of their users, Airtel will make money. Users are not going to stop using essential and interesting apps even if they cost. However this creates differential pricing for the same service. Thus Airtel is interfering in the marketplace. Airtel's role is streaming and not creating content. It could be dangerous in the long run.

Internet startups will definitely be affected. Innovation will be scuttled as the cost of reaching one's users will increase. Competitive landscape and even playing field is essential for new internet startups to flourish!”

"As an organisation trying to forefront 'choice' into a user’s internet experience, we stand strongly and unequivocally in favour of the principle of net neutrality. A compromise in that principle would spell the end of innovation from young people operating independently from their college hostel rooms and addas.
Interestingly, I'm not sure that Airtel Zero violates that principle though, because it is still charging the same amount for each KB of data transfer. It only happens to charge someone else for it--the developer and not the end user. This issue calls for much more careful debate into the consequences.

Airtel's new marketing initiative opens up a new field of interaction between app developers and their end users. It also gives apps a new way of reaching potential users which is always a welcome development. The concern only is--which developers benefit and who gets left out?

If an app is strong, the data charge incurred to download it will not stop millions of people trying to get their hands on it. If an app is weak, no amount of subsidy on the data download charge is going to encourage me to download it. If a revenue generating app (especially one that earns out of ad revenues) has a strong business model premised on building a broad user base, it will recover very quickly the money it spends on paying for user downloads. In the very short term, yes, startups with deeper pockets will benefit disproportionately, but this is only in as much as they benefit disproportionately from having more money to spend on TV ads or billboards. At the end of the day all that matters is your product." 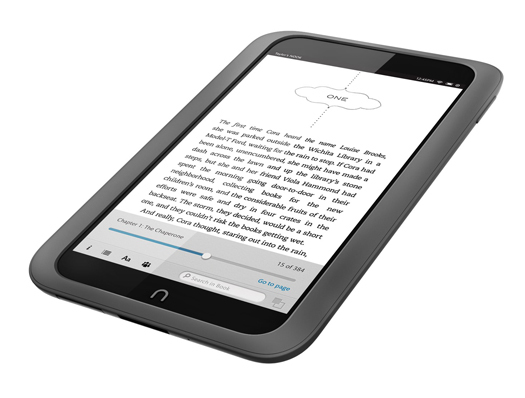 1 / 10
Microsoft Buys Nook For $300m
Remember the Nook? No? Well don't worry you're not the only one. Created in 2009 to take on the Kindle, the Nook was Barnes & Noble's effort and Microsoft was keen to get involved. So keen in fact that they spent $300m on a 17 per cent stake. $300m. <br> <br> Now while it's clearly not back-breaking for Microsoft it's certainly not loose change either, that's a big sum of money. Especially when Amazon is starting to gain traction with the Kindle. Sure it'll work out though, these things always do.