As such, the Pollution Management and Environmental Health (PMEH) programme could contribute to improved environmental health conditions for an estimated 150 million people in those cities over the next five years. PMEH, a new multi-donor Trust Fund will also support other countries and cities of Sub-Saharan Africa, and aim to reduce land and water pollution, according to a World Bank media release.

Pollution contributes to the preventable deaths of an estimated 9 million people each year - most of them in developing countries.

An estimated 7 million people were killed by diseases related to indoor and outdoor air pollution alone in 2012 according to the World Health Organization.

Government officials from several countries joined top musicians from around the world to commit to improving people's health by ending pollution at the Global Citizen 2015 Earth Day event on the US National Mall, in Washington DC Saturday.

Musicians from China and the US performed an original score to a multimedia presentation dedicated to ending pollution for healthy lives.

Global Citizen 2015 Earth Day was organized by the Earth Day Network and Global Poverty Project and marked the 45th year anniversary of the founding of Earth Day.

The event aimed to educate and energize people to support development and environmental issues and served as a platform for the launch of the PMEH programme. 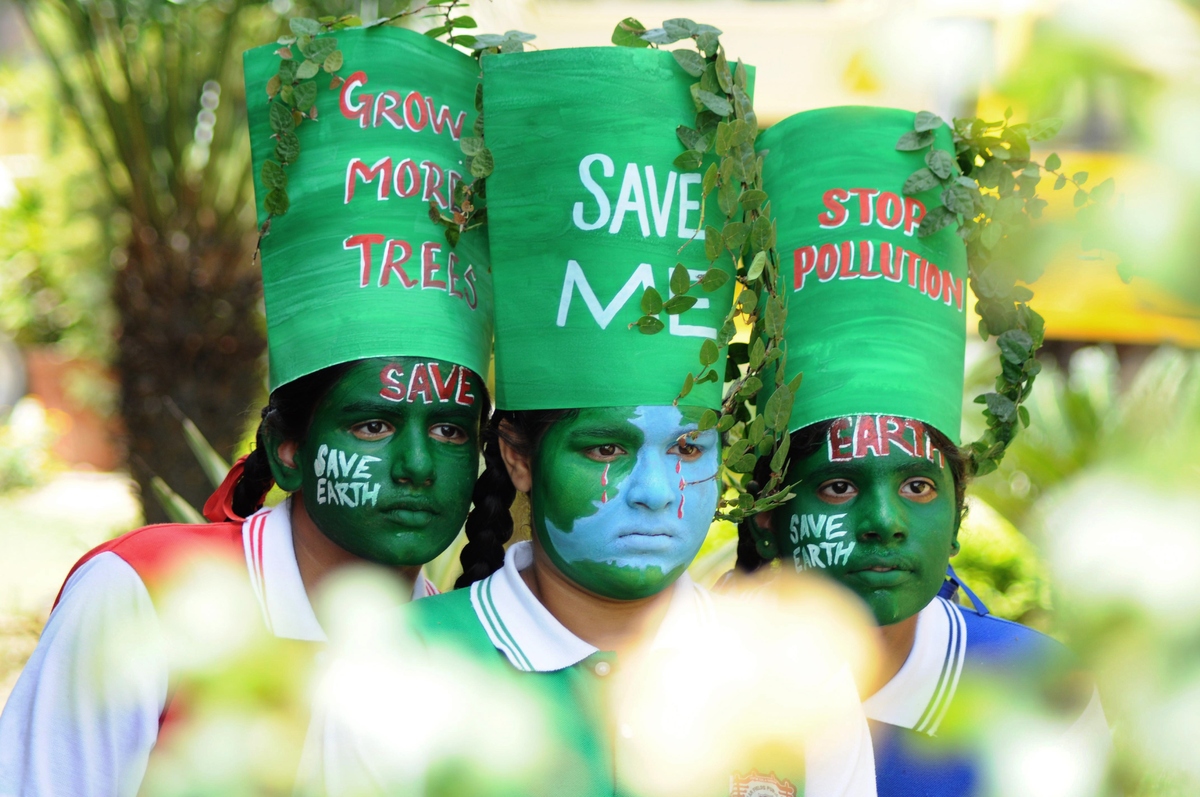 1 / 21
INDIA-EARTH-DAY
Young Indian girls pose with their painted faces during a 'Save Earth' awareness programme on the eve of World Earth Day at a school in Patiala on April 21, 2015. AFP PHOTO (Photo credit should read STR/AFP/Getty Images)
STR via Getty Images