NEW DELHI—Is Suresh Prabhu having sleepless nights trying to improve the Indian Railways? Well, at least that's what a picture of the minister, that has gone viral now, suggest.

In the picture, while everyone is seen performing asanas, the railway minister seems to be making use of the time to catch on some sleep.

According to regional newspapers in Kochi, the minister fell asleep while performing on Yoga Day.

This is what a caption of one of the newspaper reads: "At the Rajiv Gandhi Indoor Stadium in Kochi, union rail minister Suresh Prabhu was the chief guest at a Yoga Day event. He seemed to particularly like the Shavasan (corpse pose) though. BJP state general secretary A.N. Radhakrishnan and MLA Haibi Eden are looking at the minister, perplexed. Finally someone woke him up. "

When Prabhu didn't wake up for a long time, an organiser had to rise to the occasion. The shutterbugs also captured that moment where it looks like a man had to tickle Prabhu's foot to wake him up (I mean, who does that?).

Twitter is having a field day, poking fun at the minister.

Prabhu is not the only leader who provided some comic relief amidst all the serious record-setting frenzy of International Yoga Day.

Another one was DMDK (Desiya Murpokku Dravida Kazhagam) chief Vijaykanth. The actor-turned-politician was seen looking clueless, not knowing which side to face, which leg to lift and which asana to do. Watch the full video.

Two days before the Yoga Day, Prabhu announced on Twitter that he launched the event in Kochi which was attended by several yoga enthusiasts. The minister said he did a number of asanas to "refresh" him.

Launched Yoga Day in Kochi- Ernakulam attended by several enthusiasts,practitioners in very large numbers. I did many aasanas to refresh me 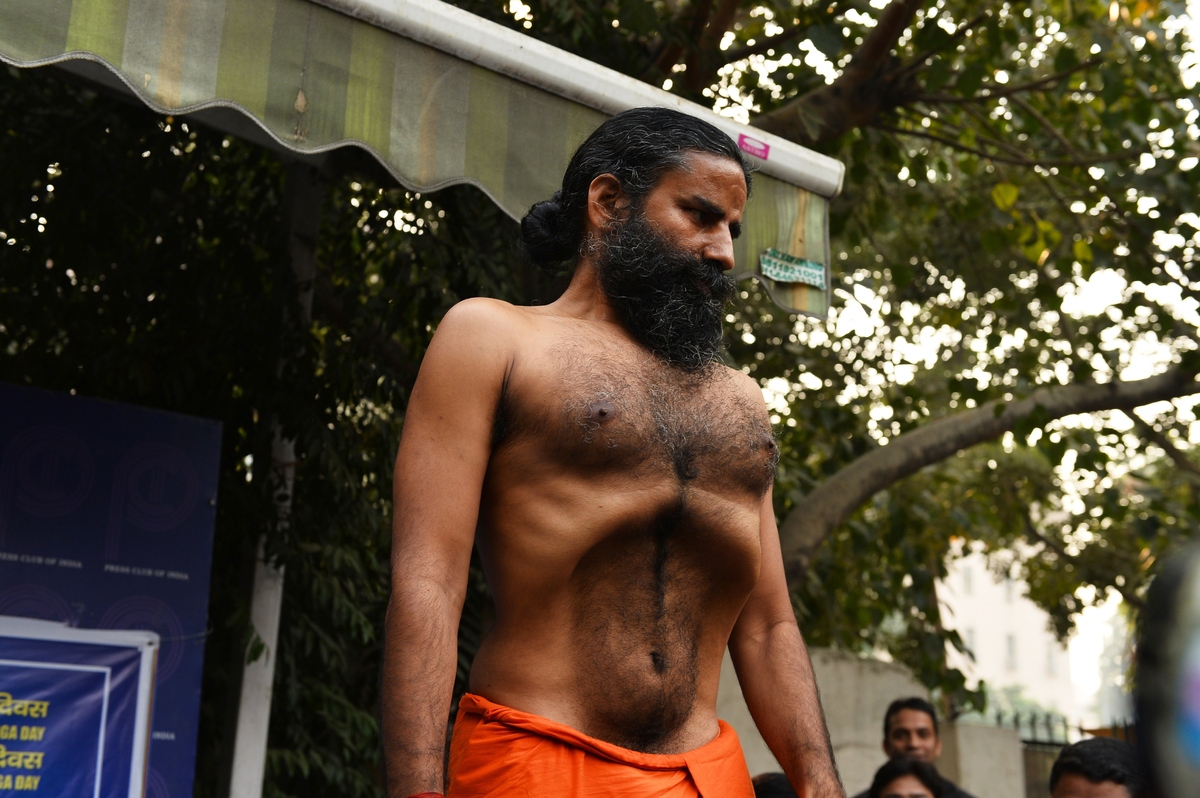