Aqela is hunting for a job again. Women like Aqela in Kabul usually earn a living by working as daily wage labourers, cleaning homes and offices, doing laundry for people, washing dishes. Clad in her blue chaderi (burqa) she scours the street leading to Pashtoonistan Square for jobs. It is then that this unfamiliar sight catches her attention.

She spots a group of people painting on huge mural on a grey wall. You can spot these walls all over Kabul. They have sprouted across the city, shielding government offices, embassies, offices and homes of the rich and the powerful from attacks.

Out of curiosity, Aqela asks one of the women in the group what they were up to. Maryam Kohi, a volunteer with Art Lords, explains to Aqela and other curious bystanders that they are painting the wall as a part of a movement to remind people what Kabul stood for, before violence and corruption ripped it apart.

Maryam asks Aqela if she is interested in painting a bit. Aqela accepts the offer readily, it's a welcome break from her daily grind.

Like Aqela’s, Art Lords have touched the lives of many in Kabul. Ravaged by over three decades of war, Kabul is a shadow of what the city used to be.

Art Lords was founded by a group of people who wanted to give people a sense of what Kabul was like in the past.

“Our first goal is to beautify Kabul,” says artist and co-founder of Art Lords, Kabir Mokamel. When I meet him, the 45-year-old is at work, painting a blast wall in Pashtoonistan Square with Art Lord members and volunteers. Till now, the Art Lords have painted nine walls across the city.

Mokamel, a trained artist is one of the driving forces of Art Lords. He started Art Lords in 2013 with a few friends, but the initiative wound up soon as they ran out of people and money. They had managed to paint just one wall back then. Mokamel then moved to Australia and returned a few months back to regurgitate Art Lords.

He has for company, Omaid Sharifi, a 29-year-old anti-corruption activist who works with an organization called Transparency International. Apart from the founders, Art Lords has five regular volunteers as of now.

The group has set up a fairly ambitious target for themselves. They plan to paint 60-70 walls in one year. Add to that organisations who have gotten in touch with them to get paintings done around their establishments.

For example, recently the Indian Embassy in Kabul got in touch with them. “The wall around the embassy is at least 200 metres long,” Mokamel says. The group is not charging for its services, but the Embassy is paying for the equipment.

Bashir Hamidy, a 43-year-old media professional who has an event management agency called Orange Media is one of the co-founders of Art Lords.

“This is not the Kabul I remember. The city was not defined by corruption, insecurity and distrust. The Kabul I remember was friendly and artistic. These paintings attempt to recreate that Kabul,” Hamidy says.

The writing on the wall

Not just that, Art Lords also wants to get the city together to ‘reclaim’ it. As the rich and the powerful build walls around themselves and leave the city to fend for itself, this is a way the average Kabul civilian can get his or her voice heard. And hope that the politicians, businessmen and others read the writing on the wall, literally.

The sites of the paintings are chosen very carefully. It’s either a place frequented by people in hordes or a wall around or near a government office, a business establishment etc.

As we speak, Art Lords is working on graffiti against corruption. An average civilian in Kabul is not only sick of violence, but is also victim rampant corruption.

Afghanistan stood fourth on Transparency International’s Corruption Perception Index released last year. So much so, that president of Afghanistan’s National Unity Government, Ashraf Ghani, has acknowledged the problem and declared “a jihad against corruption”.

However, that hasn’t changed anything for the Kabul citizen. As Art Lords carry on with their painting, I spot a middle-aged man engrossed in watching the people paint. This is Farhad, a man who makes a living by selling phone credits and exchanging currency in the streets of Kabul.

“All of us are victims of corruption,” he says. As his eyes wander back to the half-made graffiti on the wall, you can tell that the painting resonates with him.

“Art has the soft power to change thinking in ones subconscious, without them knowing. This is more effective than use of force. And if anything was solvable by violence, we have three decades of violence to prove otherwise,” Mokamel believes. For a citizen of a country torn with as much violence as Afghanistan, Mokamel is fairly optimistic.

There are some who seem to share his optimism too.

One of them is Sediq Sediqqi, spokesperson for the Ministry of Interiors and a popular face on the Afghan social media. As Mokamel finishes his sentences, he greets Sediqqi who has arrived to volunteer with the Art Lords.
“We’ve received requests for collaborations from all over—Bamyan, Mazar-e-Sharif, Herat, Jalalabad, Kandahar. Local artists want to recreating the project in their own provinces,” Mokamel adds.

A ‘hero’ in Kabul’s popular imagination at present, is a gun slinging man, who is a symbol of a protector. But what about the sanitation workers, the children working on the streets, the people who keep the city afoot?

“We are going to feature portraits of these people on the walls, to remind the corrupt of the real people who run the city,” Mokamel shared.

Another series carries the message of peace and is characterised with large red hearts. “Paintings in this series are Banksy-styled black stencil graffiti,” informed Sharifi.

A fourth series, yet to be launched, will focus on women empowerment. “We are yet to begin work on this series, but we will feature Farkhunda in it,” said Sharifi. Farkhunda was the young woman who was beaten to death and then burned by an angry mob after being falsely accused of burning the Koran.

They also plan to have graffiti themed on women’s security and apology. “No one has apologized for the wars, they keep passing the buck…” explains Mokamel.

Art Lords plans to expand into at least five major cities in Afghanistan, as well as provided support and training to local and artists and volunteer groups with replicating the project in their region. “We also plan to set up collaborations with international artists to either have them come here with their artwork or take Art Lord to their city in an attempt to change global perceptions of Kabul,” Sharifi added.

Going by the response to their endeavour – old men, women in burqas, little children crowd around the Art Lord volunteers and eagerly take up paintbrushes – that won’t be difficult.

They know they will face some amount of opposition – recently, Afghanistan's intelligence agency NDS whitewashed a wall Art Lords had painted citing ‘security risk’ – but they won’t back off this time.

Mokamel sums it up in a line: “We are not invading their (the government’s) space, but are simply taking back ours.” 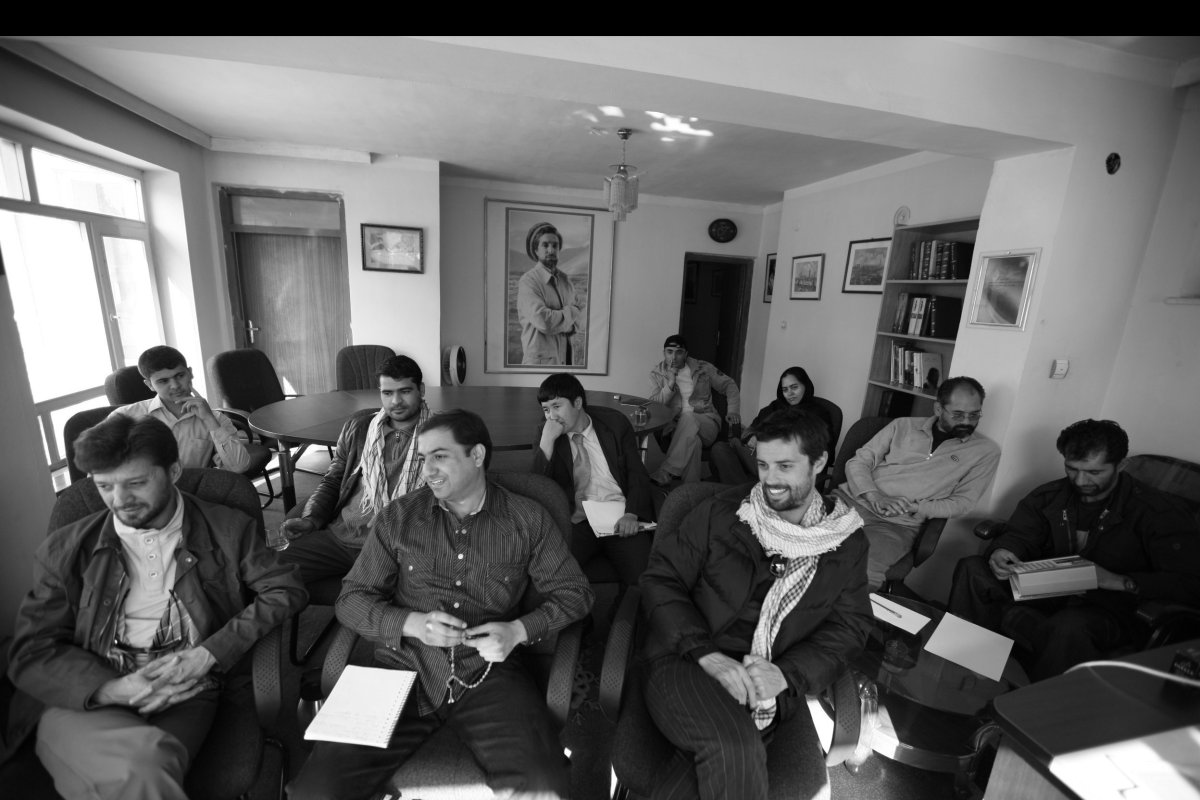