The lavish wedding-reception of cricketer Harbhajan Singh and Geeta Basra was a supernova explosion of stars from Bollywood, cricketers and politicians on Sunday at a posh hotel in New Delhi.

However, the highlight of the event, with nearly 1000 in attendance, was Prime Minister Narendra Modi, who briefly visited, blessed the couple and exchanged pleasantries with a few guests. 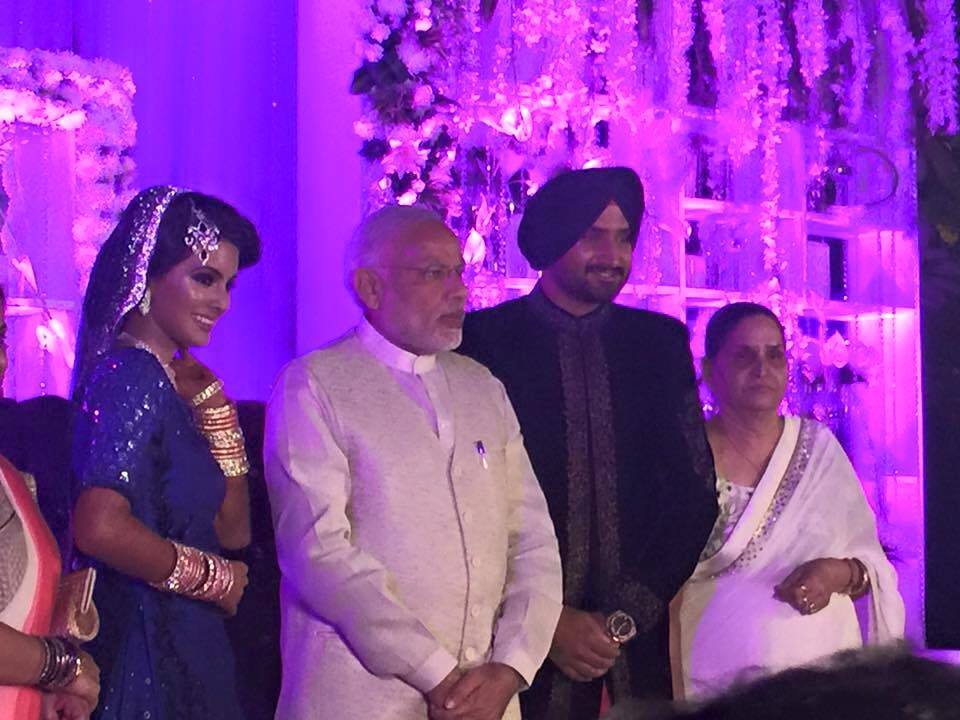