Filmmaker Dibakar Banerjee's decision to return the National Award for Khosla Ka Ghosla (2006), has miffed the producer of the film, who has now said that it was not his award to return in the first place. Savita Hiremath objected to Banerjee returning the award and told Mumbai Mirror that she has even confronted the filmmaker over it.

"When I confronted him, he apologised," Hiremath told Mumbai Mirror.

Banerjee said in his defence that he had returned 'his bit' of the award, including the money he received from it.

He told The Indian Expresshttp://indianexpress.com/article/entertainment/bollywood/dibakar-banerjee-should-take-back-his-award-khosla-ka-ghosla-producer/#sthash.SiPqEpft.dpuf: "I was given a medal and some prize money individually… I have decided to return my share of the honour, the medal and the money.

However, Hiremath is not going to be pacified easily. Unfortunately, for Banerjee, his producer disagrees vehemently on allegations of growing intolerance in India. Hiremath said, "People work for this honour all their lives, we were lucky to receive it for our first film. Why would I give up something so dear for a cause which seems politically motivated? I don't see anything having gone drastically wrong with the country in the last year-and-a-half. If anything, the protests by a particular group are only maligning India's image."

On October 28, Dibakar Banerjee with 11 other filmmakers returned his National Award and addressed a letter to the Prime Minister and President, seeking their intervention to end the spiralling of intolerance in the country. They also protested the government's refusal to pay heed to the protests by the FTII students.

Not His Award To Return: 'Khosla Ka Ghosla' Producer Lashes Out At Dibakar Banerjee
Bollywood Icons Talk About Mathematics 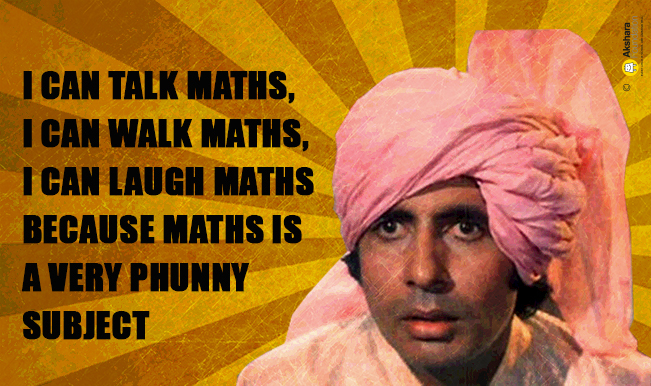