Home Minister Rajnath Singh on Saturday said India is interested in keeping peace with its neighbours but if threatened, it will give a fitting response to attacks on its soil. The Union minister's comments came as a group of heavily-armed suspected Jaish-e-Mohammed terrorists struck at an Air Force base at Pathankot in Punjab, triggering a fierce gunbattle in which three security personnel, including a Garud commando of the IAF, were killed along with four attackers.

"Desh ko apnay sena aur suraksha agencyion par naaz hai (the country is proud of its security forces), Singh said. "I am happy that our forces gave a befitting response in Punjab, I am proud of them," he said.

"Pakistan is our neighbouring country. We want good relations with not just Pakistan but with all our neighbours. We also want peace but if there is any terror attack on India, we will give a befitting reply," he said.

The attack comes just a week after Prime Minister Narendra Modi made an unscheduled visit to Lahore to greet his Pakistani counterpart, Nawaz Sharif, on his birthday. The air base is located near the border with Pakistan.

Gunshots were heard during the subsequent combing up operation. IAF was using its two attack helicopters to assist the joint team of ground troops to neutralise the remaining terrorists, the sources said.

Anticipating an attack after some armed men abducted an SP of Punjab Police on Thursday night, a team of NSG commandos had been rushed here last night itself after the NSA held a series of meetings with the Army Chief and top IB officials. An army detachment was also positioned at the Air base, the sources said.

Defence sources said the terrorists could not enter the technical area of the IAF station, which is the base for MiG-21 fighter planes.

Army had positioned two columns (comprising about 50 men) and a team of Special Forces at the Pathankot Air Force station prior to the attack. Punjab police had also been put on alert and Additional DGP had been positioned in Pathankot to oversee the security situation.

"The fierce gunbattle between terrorists and security forces went on for over five hours. However, during the combing operation fresh firing was reported and a blast was also heard," Punjab Police ADGP (Law and Order) H S Dhillon.

Top security officials in Delhi said the intent of terrorists clearly was to cause maximum destruction at the Air base which was thwarted in "one of the most successful counter-terror operations".

An alarm had been sounded about the attack yesterday after Superintendent of Police Salwinder Singh and his two associates were abducted and thrashed by 4-5 suspected Pakistani terrorists in army uniform before being dumped some distance away. They had slit the throat of the SP's friend Rajesh. Those who attacked Singh had also taken away his phone and reportedly used it for making calls to Pakistan.

Besides, security has also been beefed up at Army areas at Chandimandir and at Ambala cantt following terrorist attack at Pathankot. Security at railway stations of both Punjab and Haryana had also been increased, officials said.

Security was also tightened on the Pathankot-Jammu National Highway.

Defence Minister Manohar Parrikar will hold a high level meeting on the attack with security officials in the evening.

At least four to five militants dressed in army uniform launched the attack at 3:30 AM with an aim of destroying the air base. The terrorists, with huge quantity of RDX in their possession, made their way to the base from the back side where there is a jungle. Authorities said helicopters and other equipment at the Air base are safe. The technical area of the Air Force station is safe.

The intruders were restricted to the area between the main gate and the entrance to the technical area that comprises administrative office buildings, canteens, housing, the officers’ mess, airmen’s mess, reported Indian Express.

I am happy that our forces gave a befitting response in Punjab, I am proud of them: HM to ANI #PathankotAttack pic.twitter.com/TLdhwC427Q

Sources said that a co-ordinated counter operation supervised by NSA Ajit Doval was launched to neutralise the terrorists.

Yesterday, a series of meetings were held by NSA with army chief and top IB officers in this regard. The attackers were confined to a non-operational area, police said. Helicopters, NSG commandos and SWAT teams had been engaged to counter the militants, police said. A National Investigation Agency team is currently at the site.

This is the second big terror attack in Punjab within less than a year as last year three militants stormed a police station in Dina Nagar before being eliminated after a 12 hour gun battle.

As the news of the terror attack spread, it triggered panic among the local residents.

"I was sleeping when a neighbour rushed to my home early this morning and informed me about the attack.I could not believe that terrorists had struck for the second time as the area had seen an attack recently," said Gursharan Singh, a resident of Pathankot.

The Congress targeted Prime Minister Narendra Modi after the attacks.

"It s indeed a very serious matter as seven days after PM Modi visited Pakistan to meet his counterpart Nawaz Sharif, a terrorist module comes from Pakistan and attacks in Punjab and attacks our frontline security installation. Two things are very clear. First despite PM visit to Pakistan, ISI continues to sustain and support terror activities against India.

"The current module appears to have come from Pakistan in the same fashion. Secondly the terror camps that are run by terrorists for carrying on anti- India activity in POK continues to be supported by Pakistani establishments," AICC Communication department chief Randeep Surjewala told reporters.

"It raises security concerns for Punjab as the state is witnessing a sudden surge in such activities after being peaceful for the last 20 years," he said.

(With inputs from agencies)

PHOTO GALLERY
Scenes From an Underworld Festival
Download
Calling all HuffPost superfans!
Sign up for membership to become a founding member and help shape HuffPost's next chapter
Join HuffPost

Pathankot Attack: We Want Peace, But If Attacked Will Give Fitting Reply, Says Rajnath Singh
Scenes From an Underworld Festival 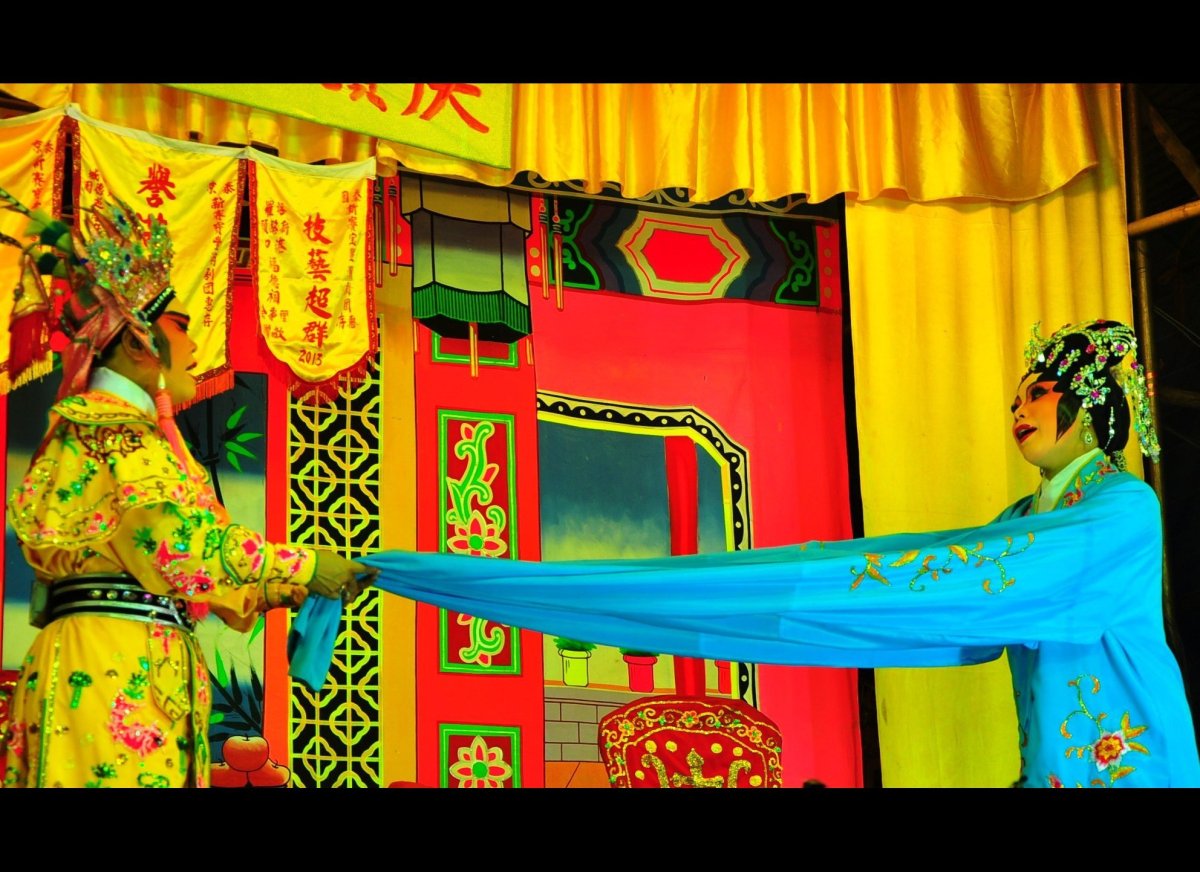 1 / 11
The Show Must Go Long
It's all glamor and dramatic flourishes when the show starts.