NEW DELHI -- In the aftermath of Human Resource Development Minister Smriti Irani announcing that a Dalit professor was on the council which suspended Rohith Vemula, professors from the Schedule Caste and Schedule Tribe community at Hyderabad Central University have rubbished her remarks.

On Thursday, ANI reported that ten professors have resigned from their administrative positions.

“In response to the honourable minister’s fabricated statements, we the Dalit faculty and officers will lay down our administrative positions,” one professor told The Indian Express.

Vemula, 26, was founding hanging from his friend's room in the Hyderabad University campus on Sunday.

Students, who are demanding the resignation of Vice Chancellor Appa Rao Podile, believe that it was ostracization by the university and interference by Bharatiya Janata Party lawmaker Bandaru Dattatreya, which led to the tragic death of the young scholar.

Widespread protests have given way to an exploitative blame game, with politicians and their representatives making a beeline to meet protestors, condole with the student's mother, and conduct their own investigation into the tragedy.

In a press conference on Wednesday, Irani said that Vemula's death was not a "Dalit versus Non-Dalit" confrontation.

But the University of Hyderabad SC/ST Teachers and Officers Forum has rubbished Irani’s claim that a Dalit professor was on the Executive Council which suspended five Dalit students including Vemula, The Indian Express reported.

“We express our solidarity with students who are protesting against the death of Rohith Vemula and demand the immediate revocation of suspension and removal of police cases filed against our students,” the Forum said in a statement.

“It was headed by an upper caste professor… and there are no Dalit faculty in this sub committee. Incidentally, the dean of student welfare who happens to be a Dalit was notionally co-opted an an ex-officio member of the committee. It is unfortunate that since its inception, no Dalit representation has been given in this council,” the Forum stated.

“Such a baseless and misleading statement coming from the honourable minister of HRD amounts to bringing down the morale of Dalits holding administrative positions in this and other universities. By deflecting this issue, the honourable HRD minister is absolving herself and the honourable minister Bandaru Dattatreya from being responsible for the death of Rohith Vemula." - SC/ST Teachers and Officers Forum

Vemula and four other Dalit students were suspended for allegedly beating up Susheel Kumar, an activist from BJP's student wing Akhil Bhartiya Vidyarthi Parishad, during the agitation over the execution of 1993 Mumbai blasts convict Yakub Memon in August.

Last year, Dattatrey wrote to Irani about the “anti-national acts" of the Dalit students, urging her to take action against them. Irani is under fire because the HRD Ministry sent five letters to Hyderabad Central University, asking the educational institution to examine the concerns raised by the BJP leader.

The HRD Ministry's response is seen as furthering the alleged persecution of the students by the Hyderabad University and Dattatreya.

But Irani said that members of the Executive Council were nominated by the previous government, and the High Court of Andhra Pradesh had refused to stay the punishment for the students.

Holding up a "certified copy of Vemula's suicide note" at her press conference on Wednesday, Irani said that his note did not blame any university official, political party or lawmaker. On the contrary, she said, the only organisation mentioned in the letter was his own group, Ambedkar Students Association.

Speaking to journalists on Thursday, Kumar, the ABVP activist, said that he was "beaten" by the Dalit students, last year, and the "reasons behind the suicide should be examined." 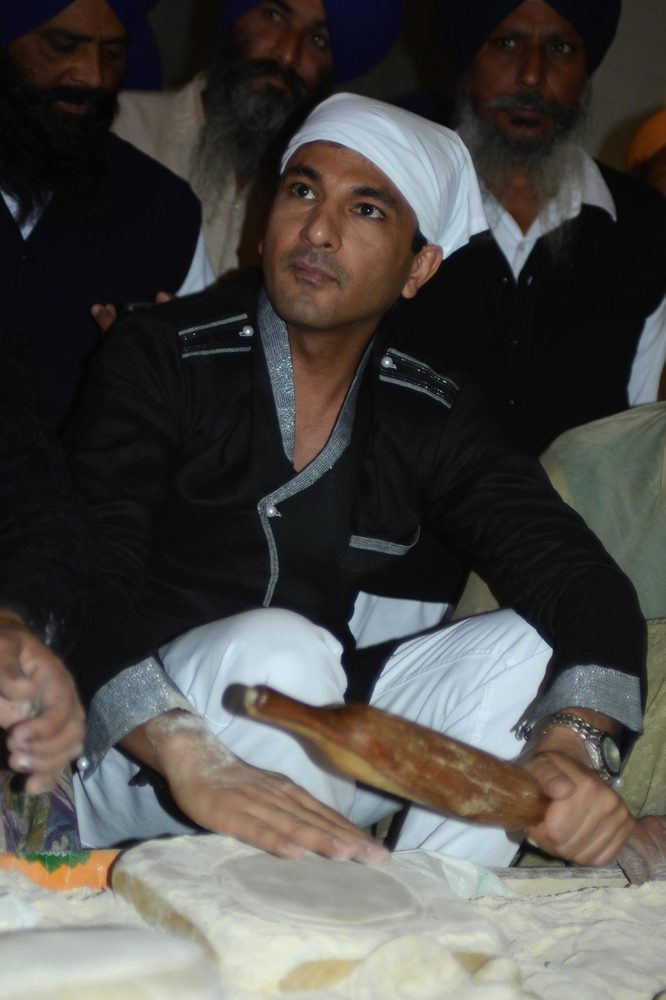 1 / 11
Vikas Khanna
The award-winning Michelin star chef boasts humble beginnings: he started his culinary journey in his grandmother's kitchen in Amritsar. Khanna has worked with some of the best chefs around the world, including Gordon Ramsey, and Bobby Flay. Based in New York where he runs his popular restaurant, Junoon, Khanna has also hosted a dinner for US President Barack Obama. In 2011, he was named 'Sexiest Man Alive' by People Magazine.
NARINDER NANU via Getty Images