A couple of days back, Sunny Leone walked into an interview to be conducted by man she was told was one of most senior and respected journalists of the country. A leading English language channel, a well-known journalist and her own experience of having tackled the Indian media for four long years in the industry. What could have possibly gone wrong? Turns out, everything.

This was not what she had anticipated when she had set out to promote her latest film, a fun, adult comedy called Mastizaade. Here are excerpts from her conversation with HuffPost India where she spoke about her films, her favourite stars, Bollywood and bearing the brunt of moralising.

Given how disturbing it was to even watch the CNN IBN interview, we are sure you must have been very uncomfortable during it. Did you convey the same to the interviewer at any point of time?

I am not the kind of person who would walk away from an interview. But having said that, I felt what was happening was not right at all. And I felt completely alone... and no one was helping me out. I felt upset because I never imagined this is what I may have to face.

After the backlash, did anyone from the channel or Chaubey himself get in touch with you with an explanation or an apology?

No. But after the English version of the interview, he wanted to the same interview once over again in Hindi. So then I excused myself and said I will not be comfortable doing it. So he asked me a couple of general questions and we were done. I was feeling so hurt already. Like, this was not right at all. I thought he was a senior journalist and why would he do this? It was very difficult for me and I was upset and scared.

What did it feel like when you realised pretty much everyone backed you and then Aamir Khan reached out to you?

I realised, while watching the interview people felt exactly the way I felt while taking part in it. And it was such a sweet gesture on behalf of Aamir Khan to reach out to me. His support means a lot. Like I said in the interview, we work together, we don't work together, I will still be a fan...

You have been around in Bollywood for four years now and the industry is infamous for being rough on outsiders. How encouraging was the industry for you?

In the beginning it was difficult. When I first came here, nobody would even talk to me. But I don't blame them for it. There are so many people coming here everyday for a break in the movies. Also, I think they can gauge people and figure who is here to stay and not. I don't blame them for that either, they have to do it to choose who will be good... Slowly, things changed and people started taking note of me.

This a problem faced by many actors in Bollywood, do you fear getting typecast too?

It's not really in my hands. Also, it is the media which tends to typecast people. It's your voice putting this out...

What are your favourite films of the ones released recently? Is there any film, someone else has done, you would have loved to do?

I have a bunch of favourites. But the thought that I could have done one of these films have never crossed my mind. The reason they are my favourite films is equally because of the actors playing the characters. For example, if you ask me, no one else could have played Mary Kom like Priyanka Chopra did. I loved Tanu Weds Manu, but could I have played Kangana's character, I think not. Same for Deepika in Bajirao Mastani...

What made you choose Mastizaade?

When I read the script, I felt it was a fun film. You know, the kind I would watch in the US. There's comedy, there's music, we don't have to be serious all the time. Also it has been directed my Milaap Zaveri who is one of the best we have. I would say it's an amazing film for adults. Take a night off, hire a babysitter, leave the kids at home, we adults deserve a break and Mastizaade is the perfect film for it.

PHOTO GALLERY
The Influence of David Bowie, Illustrated
Download
Calling all HuffPost superfans!
Sign up for membership to become a founding member and help shape HuffPost's next chapter
Join HuffPost

I Felt Alone And Upset: Sunny Leone On Interview With Bhupendra Chaubey
The Influence of David Bowie, Illustrated 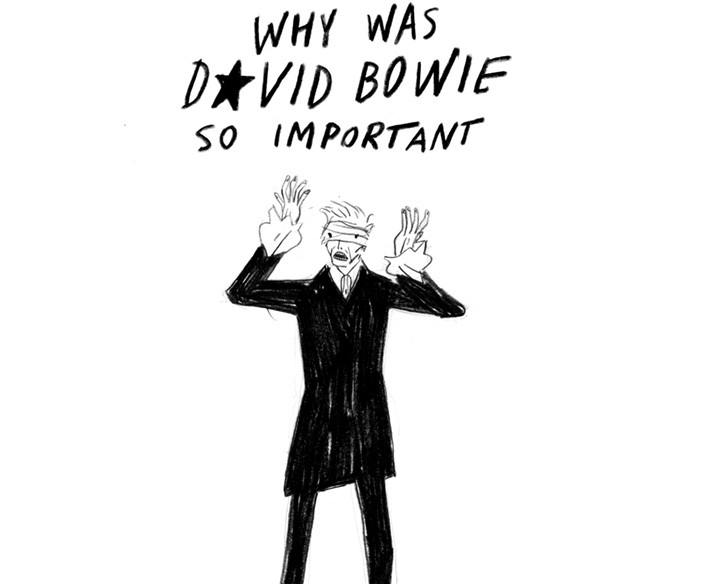