Ram Madhvani, director of Neerja, realised the gravity of the task he had at hand when a journalist friend asked him if he understood the massive responsibility he was taking by attempting to recreate the Pan Am Flight 73 hijacking of 5 September 1986, where brave Indian air hostess Neerja Bhanot saved several lives.

His journalist friend said, “So Ram you’re making this film Neerja, do you realize the responsibility that you have? You’re actually going to be building a set, you’re not even using a real plane and then you’re going to get people as passengers. Do you realize what actually happened on that plane, what kind of responsibility you have to actually portray that?”

Any person would easily be daunted by the task that lay ahead, but Madhvani felt motivated to see his dream project to the end.

There were hurdles galore, including the fact that they couldn’t find a plane to shoot in. “It didn’t feel right, we didn’t know how to make the film,” says Rucha Pathak, the creative officer of Fox Studios.

It was then that Madhvani decided to just build an airplane. With all the fixings.

And that’s exactly what they did.

They made every single part of the plane. Overhead cabins, shutters, knobs and meters, analog dials in the cockpit to bring about a feel of the way planes were in 1986, plush passenger seats, galleys…

Everything was incredibly detailed.

Madhvani’s set of the plane came together like a puzzle. It normally takes years to build a plane, but this one was built in merely 48 days.

Mitesh Mirchandani, in-charge of photography, understood Madhvani’s vision of making the movie appear as natural as possible. To this end, he shot the whole movie in real time – which also meant that the actors like Sonam Kapoor weren’t pretending to do their jobs.

Sonam talks about how realistically Neerja was shot. “Nothing was false in this film… There was hot water, cold water, tea, cups. We knew how to use the galleys, we trained. All it needed was an engine and the plane could have flown,” she laughs.

That doesn’t mean that every detail wasn’t carefully forethought. The plane had to be lit up in a specific manner, and the rays of the rising sun had to slant and light up the doorway of the plane in a particular way.

WATCH: How The Crew Of 'Neerja' Actually Rebuilt Pan Am Flight 73
Hollywood Movies With Bhojpuri Titles 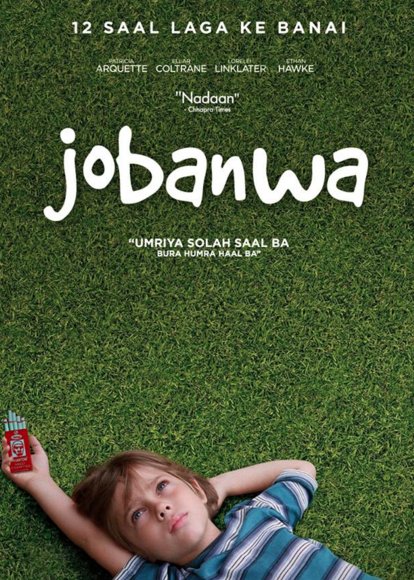