A day before the Delhi High Court is scheduled to issue its order in Kanhiya Kumar’s sedition case, forensic analysis has revealed that two videos in which the Jawaharlal Nehru University Students’ Union president was heard shouting anti-national slogans were doctored.

In its report submitted to the Delhi government, Hyderabad-based Truth Labs stated that two out of the seven videos of Kumar that were submitted for examination were tampered.

“Discrepancies in the lip-syncing were found and the audio and video streams are from different streams, merged from different sources with an intention to make these recordings appear as true events,” the report said.

According to another report citing sources, at least three of the seven video clips have been found to be doctored. The second video had gone viral on social media and was even aired by several television channels as ‘clinching evidence’ against Kumar. This is the video in which Kumar and co-accused Umar Khalid, who was also arrested, were seen sloganeering for freedom for Kashmir.

The latest revelation may further weaken the case of Delhi Police, which found itself in an embarrassing situation on Monday when the Delhi High Court asked if they really knew the meaning of sedition. The court had earlier asked the police how Kumar could be held guilty for some outsiders raising anti-national slogans on campus.

Kumar was arrested earlier this month for allegedly holding an event at JNU on February 9 to protest against the 2013 hanging of Parliament attack convict Afzal Guru. He was attacked when he was produced at the Patiala House Court. The issue sparked off a political storm with opposition attacking the BJP in Parliament and accusing the ruling government of stifling students’ voices and slapping sedition charges for dissent. 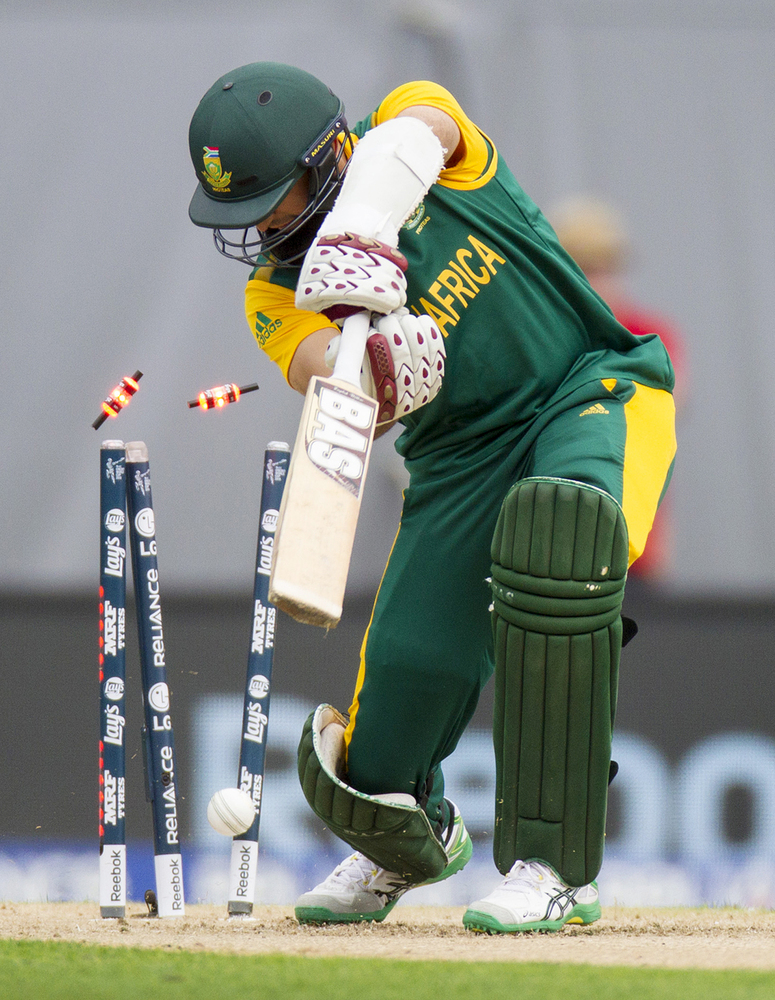 1 / 10
Amla Out Early
South Africa's Hashim Amla is bowled by New Zealand's Trent Boult for 10 runs during their Cricket World Cup semifinal in Auckland, New Zealand,Tuesday, March 24, 2015. Amla is a class player and can score big, so this wicket early on was vital.
ASSOCIATED PRESS