Most of us know what a traditional South Indian wedding looks like — they are rich with oodles of flowers and women draped in precious silk saris sporting tonnes of gold jewellery.

Akshaya and Sriram's typical Tamil-Brahmin wedding had all of that — plus a little surprise for all the guests.

On their wedding day, singer Akshaya and heavy metal drummer Sriram performed, like they had done together many times for their band — growling to pulsating beats and extended guitar solos.

It all began when Akshaya met Sriram, who used to jam with his friend and was looking for a singer to complete their band, in the U.S.

“One of the band members was Sriram, who played the drums. We soon discovered that both of us worked for the same company. So we started jamming together soon. Then we started dating and after what seemed like an accelerated few months in our relationship, decided to get married," a blushing Akshaya told Marigold Tales. “Performing at our wedding made sense because the band is what brought us together. I have to say, the astonished faces of 60 and 70-year-old Tam-Brahm guests when the bride and the groom, in traditional wedding attire, played progressive metal was the best part of our wedding,” Akshaya said, laughing.

Sriram added, "The sari-clad bride's vigorous vocals left people shocked. But they cheered on too, surprisingly! The guests present at our wedding are used to celebrating a glowing bride — this time it was a growling bride!," he quipped.

Here are more pictures from their adorably traditional wedding: 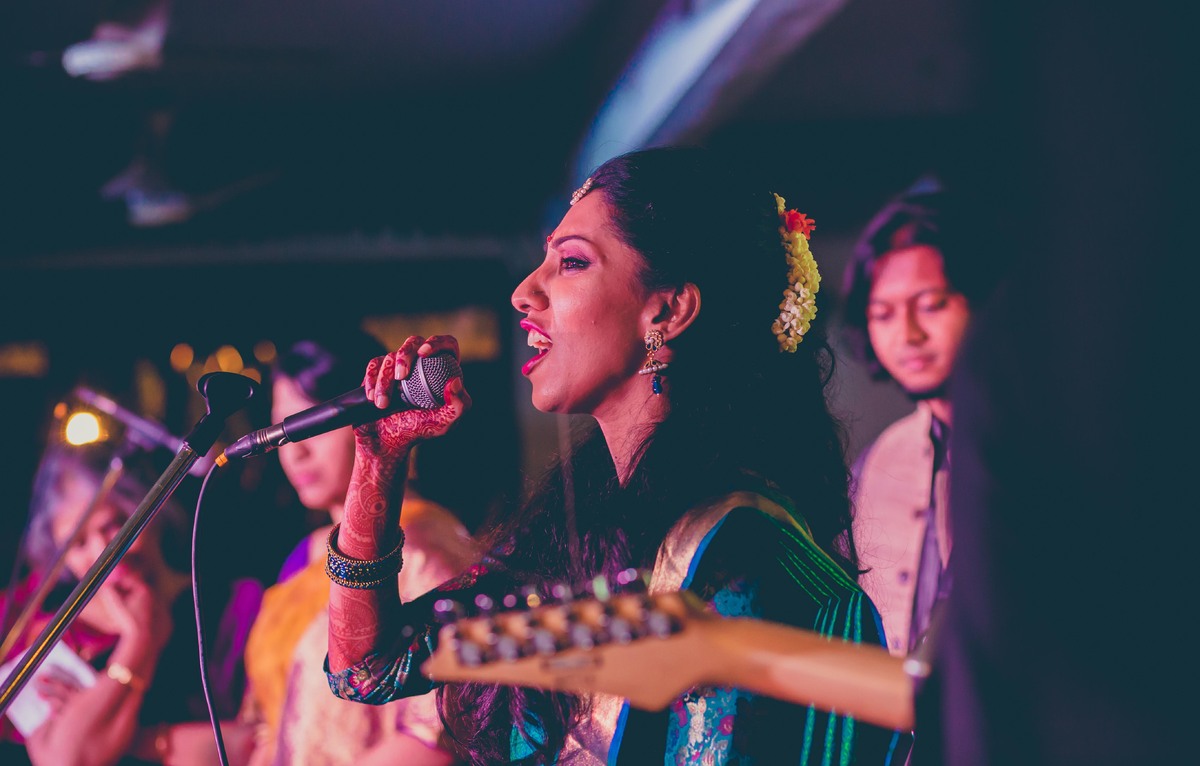 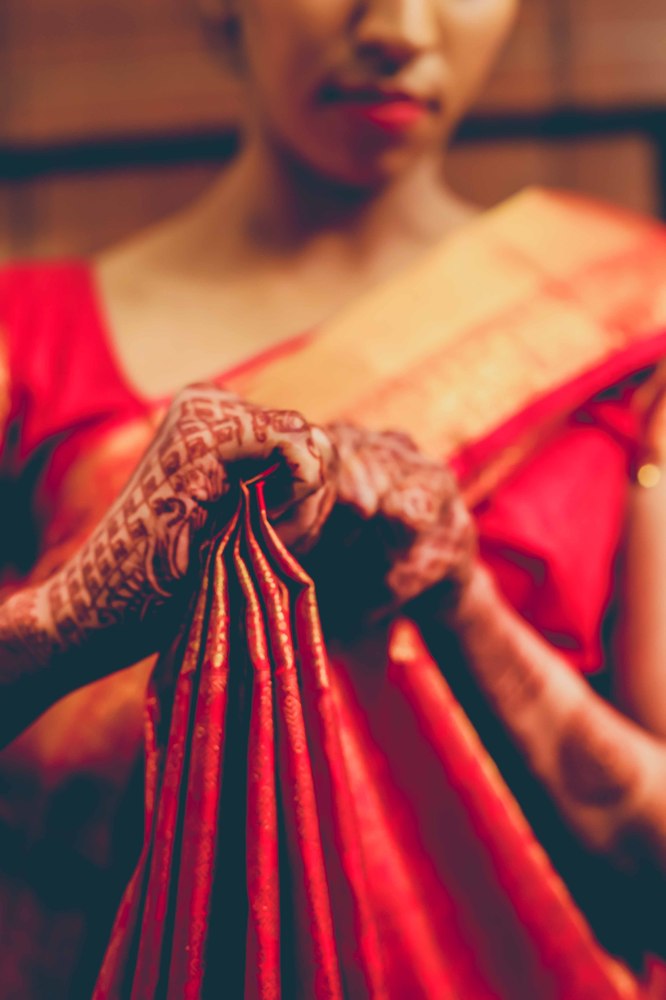