WASHINGTON -- An Indian-American scientist-led team has developed contamination-free meat from animal cells in a laboratory that could be harvested in 9 to 21 days, a new technique that could help in stopping large scale slaughtering of animals globally.

Hoping to go in for large scale commercialisation by selling meat grown from animal cells in the next few years, Uma S Valeti said the popularity of such meats would help stop large scale killing of animals.

"It is sustainable as well as cruelty free," Valeti, a cardiologist and co-founder of Memphis Meats, told PTI.

The meat grown by his team in the laboratory does not carry the health side effects like bacterial contamination, or high saturated fat or the big environmental issues that come along with it, he said.

"We are growing meat which is safer, healthier, more sustainable," Valeti said.

For developing this unique variety of meat without killing an animal, the Andhra-origin doctor said they took identified cells from the targeted animal that are capable of renewing themselves.

These cells are then provided with oxygen and nutrients such as sugars and minerals, Valeti said.

The meat thus can be harvested between nine and 21 days, he said.

Valeti, who recently received venture capital, said that they are working on beef, pork and chicken as these are the three meats that have highest consumption and also have the highest environmental and health impact.

They already had test runs for beef meat.

"We are motivated by the thought that people can buy it off the shelf," he said.

"Our goal is to be in restaurants in three years and retail in five years. In 2021, we want to be in retail or even earlier," he said.

While the first manufacturing base is to be set up in the US, Dr Valeti said, he is also exploring the possibility to establish a manufacturing foot print in India and China, as there are already some interest from there.

"The meat that we are growing is identical at the molecular and cellular level," he said, adding that his product detaches the concept of slaughter of an animal to eat a meat - be it beef, chicken or goat.

"Cultured meat will completely replace the status quo and make raising animals to eat them simply unthinkable," he said.

Valeti, a cardiologist who trained at the Mayo Clinic, is associate professor of medicine at the University of Minnesota and president of the Twin Cities American Heart Association.

He founded Memphis Meats with Nicholas Genovese, a stem cell biologist, and Will Clem, a biomedical engineer who owns a chain of barbeque restaurants in Memphis, Tennessee.

"I grew up in a meat eating family. From the very young age, I always thought, why do we eat the meat the way we do," he said referring to the slaughter of animals to eat meat. 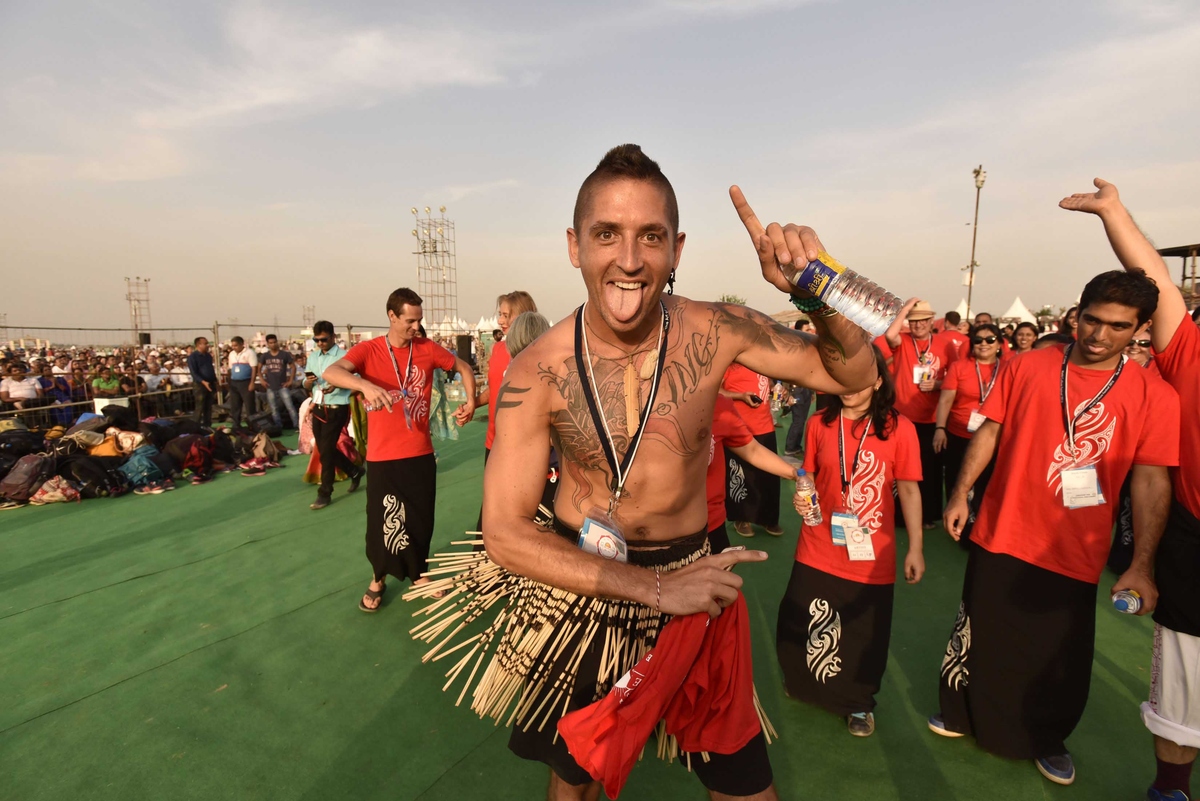 1 / 10
Day 3 Of World Culture Festival
NEW DELHI, INDIA - MARCH 13: Artists during the World Culture Festival organised by the Art of Living Foundation headed by Sri Sri Ravi Shankar, on March 13, 2016 in New Delhi, India. The mega event witness artists, musicians and dancers from across the globe participating with utmost zest and enthusiasm. The 3-day mega event was embroiled in controversy till the very last moment before the National Green Tribunal gave it a green signal. But not before the organisers submitted Rs 25 lakh, part of the Rs 5 crore fine imposed by the green tribunal. (Photo by Virendra Singh Gosain/Hindustan Times via Getty Images)
Hindustan Times via Getty Images