NEW DELHI -- Kanhaiya Kumar has emerged from the Jawaharlal Nehru University row as the hero who cocked a snook at the Modi government in the most trying circumstances. And now what the 28-year-old PhD student says and does matters because there are people in this country who look up to him.

It is alarming therefore to hear him make this distinction between the 1984 Anti-Sikh Riots and the killing of Muslims in Gujarat in 2002, whitewashing the complicity of Congress Party leaders in the massacre of the Sikhs.

"There is a fundamental difference between a mob killing a common man and massacring people through state machinery," he said at an event to mark the birth anniversary of the renowned history professor Bipin Chandra.

Is Kumar seriously suggesting that the massacre of thousands of Sikhs in the national capital and elsewhere in the country, which continued for three days after the assassination of Prime Minister Indira Gandhi on October 31, 1984, was solely the work of "a mob killing a common man"?

Not only is such a remark deeply painful to those Sikhs who have spent the past three decades trying to get the Congress Party to take responsibility for the violence unleashed against their community, it is just wrong.

While the modus operandi might vary, there is very little difference in practice between the ruling party at the Centre trying to kill you and the state apparatus colluding to take your life. There is no difference when the state actively colludes to kill you, and when it deliberately looks the other way, because it is charged with protecting the life of every citizen.

In his judgment on a case relating to the Anti-Sikh Riots, Justice Fakhruddin of the Chhattisgarh High Court, wrote, "It is the duty of the State to create a climate where the cleavage between members of the society belonging to different faiths, caste and creed are eradicated. The State must act in time so that the precious lives of the people are not destroyed or threatened. Otherwise, Article 21 will remain a paper guarantee." A portrait of family members who died during the 1984 anti-Sikh riots.

Police answers to the government

For the past three decades, eyewitnesses have told and retold how police officials of varying seniority deliberately looked away or colluded with the mobs of men who were beating and clubbing Sikh men to death on the streets. It is well documented that the police in most neighbourhoods stood by as Sikh men were dragged out of their homes, doused with kerosene or sprinkled with a white powder, and then burnt to death.

In many instances of this horrific violence, a tyre was placed around Sikh men before they were set alight to prevent them from trying to escape.

Kumar would be well advised to read the most damning paragraphs of the Nanavati Commission Report which concluded that "the systematic manner in which the Sikhs were thus killed indicate that the attacks on them were organized.”

In his report, Justice G.T. Nanavati, a retired Supreme Court judge, wrote about several features of the violence which showed that it wasn't spontaneous. For instance, large number of outsiders were brought into the capital in an organized way, they were supplied with weapons and inflammable material, and outsiders were shown the houses of the Sikhs.

Justice Nanavati also recorded instances which showed either complicity or active collusion by the Delhi police. For instance, police took away arms of the Sikhs which they could have used to defend themselves, and they were asked to return home with assurances of safety. He also held then Delhi police commissioner S.C. Tandon directly responsible for the riots.

"The attacks were made in a systematic manner and without much fear of the police; almost suggesting that they were assured that they would not be harmed while committing those acts and even thereafter....The shops were identified, looted and then burnt. Thus what had initially started, as an angry outburst became an organized carnage."

"Large number of affidavits indicate that local Congress(I) leaders and workers had either incited or helped the mobs in attacking the Sikhs. But for the backing and help of influential and resourceful persons, killing of Sikhs so swiftly and in large numbers could not have happened." - Nanavati Commission of Inquiry. Activists of the All Indian Sikh Conference during a protest in New Delhi, 31 October 2004.

"Living Shame For Any Police Organization"

Another committee, which comprised of Dalip Kapoor, former Chief Justice of the Delhi High Court, and Kusum Lata Mittal, a retired secretary to the Government of India, expressed its disbelief at how the Centre never punished Shoorveer Singh Tyagi, the Station House Officer at the Trilokpuri police station, where 500 Sikhs were killed.

Tyagi was described as a“living shame for any police organization" by the Kusum-Mittal Committee, but the Union Home Ministry never filed a charge sheet against him. In 2005, he was promoted to the rank of Assistant Commissioner of Police.

"His attempts, to a great extent successful, in obtaining affidavits in his favour by browbeating the witnesses indicate that it is highly unlikely that any witness would have the courage of coming and giving evidence against him," Mittal wrote.

In April 2014, CobraPost went public with its sting operation which involved speaking with Tyagi and seven other police officials, who were on duty in Delhi when the violence erupted.

Tyagi said that the impression was that the higher ups in the government wanted to harm the Sikhs. "Was any arrest made after Giani Zail Singh’s car was attacked on the very first day?" he said.

Hardly any action has followed countless reports and ten commissions of inquiry. For the 2,733 official death toll in Delhi, fewer than 30 people have been convicted for murder in the past 30 years. It is widely believed that at least 20,000 Sikhs were killed in the country.

"Instead of holding those responsible for the violence to account, many police officials and Congress party leaders involved have been promoted over the last 30 years,"Human Rights Watch said in 2014. The closest anyone from the Congress Party has come to acknowledging its role in the massacre was former Prime Minister Manmohan Singh, who said in 2011, "On behalf of our government, on behalf of the entire people of this country, I bow my head in shame."

Kanhaiya's take on the anti-Sikh riots makes one wonder whether in his recent meeting with Rahul Gandhi, they had a tete-a-tete in which the Congress Party leader convinced him about his responses on the Anti-Sikh Riots, during his infamous interview with journalist Arnab Goswami.

In January 2014, Gandhi said that the Congress government was "trying to stop the riots," while the "government in Gujarat was actually abetting and pushing the riots further."

But to rule out his party's complicity entirely is something that even Gandhi did not do. He admitted that "some Congressmen were probably involved... some Congressmen have been punished for it."

Sadly, these two tragedies have become a tool for Congress Party and the BJP to score points. Routinely now, the Congress Party asks why Prime Minister Narendra Modi, who was the Chief Minister of Gujarat in 2002, refuses to apologize for the killing of Muslims. The BJP asks the same question of the Congress Party vis-a-vis the 1984 massacre.

This comparison is shameful. And Kanhaiya, an icon to so many young people, shouldn't fall into the trap of making one sound worse than the other. The two admittedly have differences, but they are both a blot on our society and a reminder for us to be eternally vigilant against divisive forces.

In 1984, the Congress Party government failed to protect the "life and personal liberty" of at least 3,000 citizens. In 2002, the BJP government in Gujarat failed to do the same for at least 790 Muslims and 254 Hindus. The accountability is clear.

PHOTO GALLERY
The Best Indian Cities To Live In After Retirement
Download
Calling all HuffPost superfans!
Sign up for membership to become a founding member and help shape HuffPost's next chapter
Join HuffPost

Kanhaiya Kumar Is Wrong, It Wasn't A Random Mob That Killed Sikhs In 1984
The Best Indian Cities To Live In After Retirement 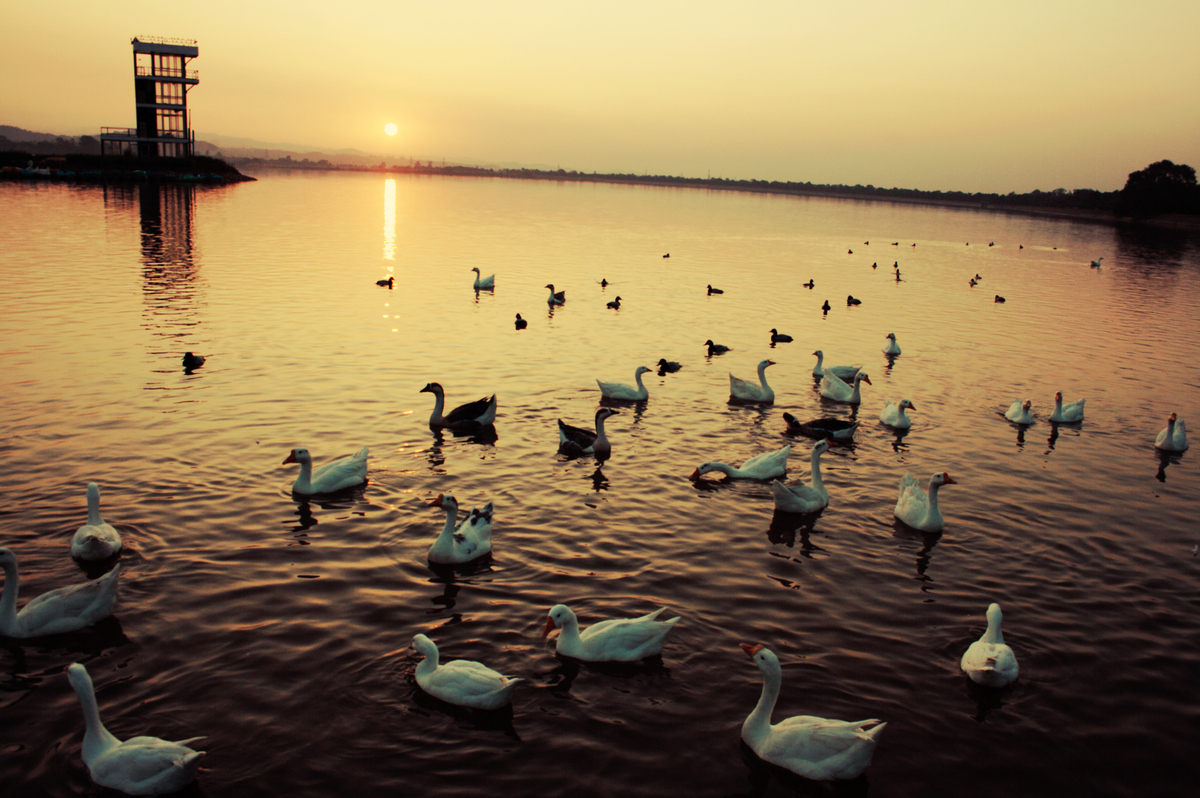 1 / 9
Chandigarh
Flanked by Mohali and Panchkula on either side, tri-city Chandigarh, or the City Beautiful as it also known, is a senior citizen's haven. The first planned city in the country, it lies in close proximity to the Capital, and is well connected by road and rail (metro transport is also on the rails for the city). It also features an international airport that was launched last year in September. <br> Relatively <a href="http://www.numbeo.com/pollution/compare_cities.jsp?country1=India&city1=Delhi&country2=India&city2=Chandigarh" target="_blank">pollution-free</a>, Chandigarh also boasts the <a href="http://www.mapsofindia.com/maps/india/percapitaincome.htm" target="_blank">highest per capita income in the country</a>, and <a href="http://chandigarhpolice.nic.in/01-01-2015.htm" target="_blank">relatively low crime rate</a>. Evening walks, especially during springtime are pleasant -- the city's residents take special pride in their gardens, which are in full bloom during this season. Or one can frequent <a href="https://en.wikipedia.org/wiki/Sukhna_Lake" target="_blank">Sukhna lake</a> (featured in the photograph) as well. Chandigarh also has excellent medical facilities, and is dotted with a few clubs for people to fraternise.
Himanshu Khagta via Getty Images