Union minister Giriraj Singh, who has a tendency to spark controversy with his off the cuff remarks, on Wednesday suggested a solution that would kill two birds with one stone -- address a population problem and ensure safety of Indian women.

The Minister of State for Micro, Small and Medium Enterprises allegedly told a gathering at Bagaha in West Champaran that India needed to enforce a two-child norm for all religions. Worried that Muslims in certain districts of Bihar would soon outnumber Hindus, the MP from Nawada told the gathering that if India wanted to keep her daughters out of the veil, restricting the number of children to two in every family of all religions, is a must.

India risked losing the name 'Bharatvarsha' if the population policy was not reworked, the paper quoted him as saying.

The minister in Narendra Modi’s cabinet had last year kicked up a political storm after he made a sexist remark against Congress President Sonia Gandhi, prompting an outraged Opposition to demand an apology from the Prime Minister.

"If Rajiv (Gandhi) had married a Nigerian, things would have been different," Singh had joked.

He had told a rally in Jharkhand ahead of the 2014 Lok Sabha polls that those criticising Narendra Modi should be “sent to Pakistan”, the Express reported. The leader was quoted in a tweet by ABP News Hindi as saying that "the difference between beef and mutton is the same as the difference between our relationship with our mothers and our wives”. 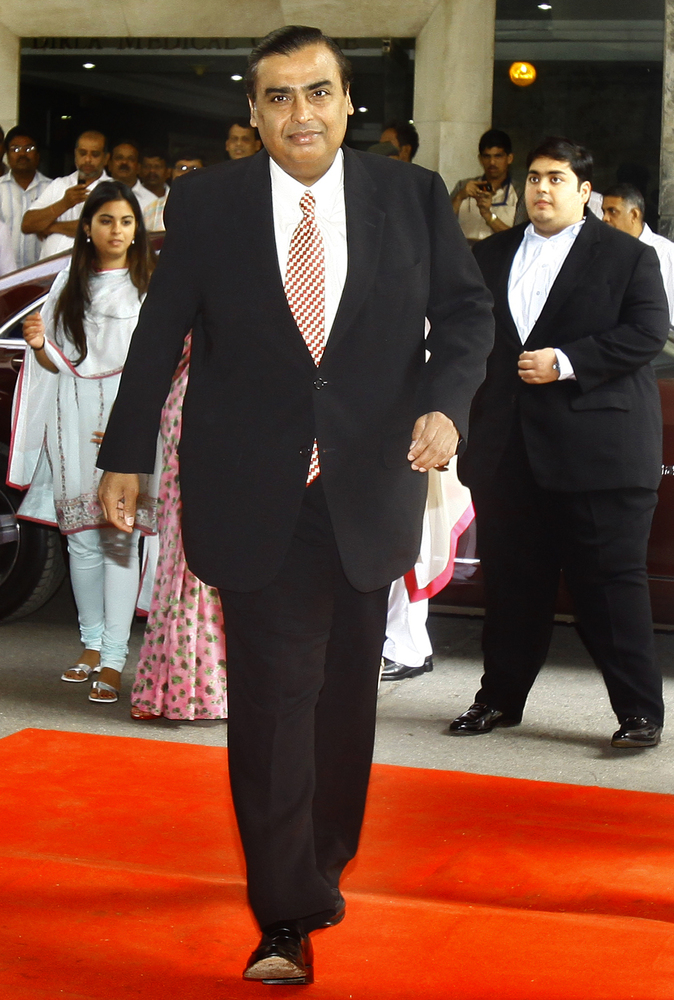 1 / 9
India Reliance
Mukesh Ambani is the richest Indian in the world with a net worth of $19.6 billion. He owns 41 per cent stake in Reliance Industries, which was founded by his father Dhirubhai Ambani. The company is India's biggest private sector firm, and operator of the world's largest oil refinery complex. Ambani next plans to create India's first 4G wireless network. He owns a $500 million home in Mumbai and owns the Mumbai Indians team in the Indian Premier League.
ASSOCIATED PRESS