JAIPUR -- The Rajasthan Government on Sunday suspended two deputy directors, one coastal superintendent, one caretaker and two doctors in connection with the death of 11 people, including seven children, living in a state-run rehabilitation home.

Rajasthan's Social Justice and Empowerment Minister Arun Chaturvedi said they are monitoring this case and have formed an enquiry committee to be headed by the Principal Secretary.

"We are monitoring this issue. We have suspended two deputy directors, one coastal superintendent, one caretaker and two doctors. We have formed an enquiry committee to be headed by the Principal Secretary. We will do a long term planning after they submit their report," Chaturvedi told ANI.

We have formed an enquiry committee to be headed by Principal secretary,will do long term planning after their report:Arun Chaturvedi

Taking a strong exception to the episode, Rajasthan Chief Minister Vasundhara Raje has issued instructions for strict action against all government officials responsible for the incident.

Raje, who held a high-level meeting on this issue with state's Health Minister Rajendra Rathore, Arun Chaturvedi and Chief Secretary C.S. Rajan, said even senior officers, if found responsible, would not be spared.

Eleven people with special needs, who were staying at a government-run home in Rajasthan's Jamdoli, were reported dead after allegedly drinking contaminated water.

Another three children were admitted in critical condition at a hospital.

Meanwhile, the National Human Rights Commission (NHRC) has taken cognizance of media reports of death of children with special needs and issued notices to the Raje-led government. 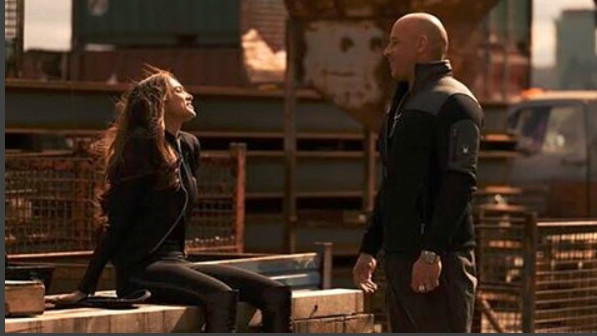 1 / 9
Deepika for all seasons. Seen here with Vin Diesel in a still from <em>xXX: Return of Xander Cage</em>
Deepika Padukone/Instagram