A scene in Vivek Agnihotri’s Buddha In A Traffic Jam goes thusly: a group of 20-somethings, students at a Hyderabad B-school, are hanging out at a pub. Over beer, cigarettes, and joints, they have banal discussions about ideologies and beliefs, peppered with good-natured jibes at each other.

A girl (Anchal Dwivedi), who has clearly been instructed to act like a vamp (but with a heart of gold), is now drunk and starts talking about the concept of souls in human beings and animals. After proclaiming that her ‘spirit animal’ is a ‘bitch’, she proceeds to sing a song called 'I'm A Bitch', during which she climbs up on the bar top and strips down to her bra. Meanwhile, everyone around her, instead of looking at her funnily, sings along with her like they’re all having a moment and she’s their messiah.

If the mere idea of this scene hasn’t left you with a dumbfounded, gaping expression then congratulations, you are a potential audience member for Agnihotri’s latest film, which releases in theatres this Friday following a firestorm of controversy that erupted after a screening at Kolkata's Jadavpur University last week was cancelled, reportedly over the film's political content.

The director of mediocre commercial fare such as Chocolate (2005), which blatantly borrowed from Hollywood classic The Usual Suspects (1995), and Dhan Dhana Dhan Goal (2007), attempts to tell a story about a group of students in a business school against the backdrop of Naxalism. It begins, in Kubrick-esque fashion, with a shot of an Adivasi man chopping firewood in Bastar, Chhatisgarh, in 2000 BC, followed by a similar shot in 2014 to shows us how time has stood still there. Right off the bat, we’re made aware that this film is Agnihotri’s magnum opus — a film he ‘wants to make’ as opposed to a film he ‘had to make’.

Vikram Pandit (Arunoday Singh) is a hunky, uber-articulate student at Hyderabad’s Indian School of Business (which is also interchangably called the Indian Institute of Business at certain points — perhaps I missed something). He is passionate and idealistic. His professor, Dr Ranjan Batki (Anupam Kher), is a great deal more cynical, delivering Gordon Gekko-style speeches during classes about how corruption is actually good for the Indian economy.

Already having made a mark as a social media activist by starting something called the ‘Pink Bra campaign’ (modeled on the ‘pink chaddi’ campaign), Batki challenges Vikram to do the same with a folder of assorted documents: a manifesto of socialist ideas that the professor has long abandoned for cynicism. Vikram, who has a habit of taking neat printouts of motivational messages as well as scribbling questions and notes on his bedroom wall, reads them all over one time-lapse montage.

An inspired Vikram, now rejuvenated with basic political ideas that he should ideally have internalised and understood way before he turned 27, calls for a student meeting, talking importantly about the failings of the Indian government while his friends sit around and light up smokes, roll joints, make cellphone videos, and occasionally interject with ‘Yeah man, I agree’ or something to that effect. It’s a shockingly lazy and condescending attempt at depicting the youth as carefree, rebellious, and ultimately clueless.

Agnihotri makes it all-too-evident that the film is a treatise on a clash of ideologies in this country, structuring his screenplay in chapters and an attempt to be balanced. However, by the time the film ends, it's very clear that it is meant to be a vehicle for the liberal variant of right-wing thought.

These do not seem like students at “one of the best B-schools in the world”, as mentioned in the film. They seem to have a lot of free time and just the one professor, Batki, whom they also socialise with. Vikram finds time to go on an impromptu date with the attractive, chain-smoking Sheetal (Pallavi Joshi), who turns out to be a married woman with a hobby: selling artisanal earthenware made by tribals in Bastar, more than 500 km away.

Agnihotri makes it all-too-evident that the film is a treatise on a clash of ideologies in this country, structuring his screenplay in chapters and an attempt to be balanced. However, by the time the film ends, it's very clear that it is meant to be a vehicle for the liberal variant of right-wing thought. Aesthetically speaking, Buddha In A Traffic Jam often resembles a very elaborate Powerpoint presentation, down to tacky font choices. The chapter titles reveal ‘easter eggs’ that basically tell you what the theme of the next portion will be (‘nationalism’, ‘capitalism’, and so on). At one point, an actual slideshow of photos showing contrasting images of modern India — evidently pulled from Google Images, as one can tell from the vastly differing resolutions of each picture — appears on screen. Accompanying such scenes is a terrible, terrible score, one that also uses a lazy blues guitar riff to convey everything from terror to titillation. Ugh.

I tried my best to find solace in a few scenes that feature Kher, Joshi, and Mahie Gill, who plays an NGO worker named Chaaru, with mixed results. A few — such as a dinner table conversation at Batki’s house, an inauguration party — are reasonably engaging, thanks to the natural, improvised feel brought in effectively by these actors.

Otherwise, Gill, who seems to have disappeared from movies, puts on a questionable Hyderabadi accent and is shockingly ineffective (to be fair, Agnihotri uses her character terribly, as a tool of narrative convenience rather than a flesh-and-blood human being). Kher, who plays his cynical, guarded professor with commendable restraint throughout, nearly undoes it all in a final scene where he amps it up a tad too much. Singh is good in scenes that depict casual Hinglish conversations, and terrible in those that require him to show internal conflict or emotional depth.

His — and the film’s — lowest point comes during an unintentionally hilarious scene towards the end, where he dramatically imagines he’s surrounded by Naxalites. If that moment had ended there, the harm done by it could’ve been contained. However, Agnihotri, eager to show off his directorial skills, uses the old ‘camera attached to body’ trick and attempts to make a surreal sequence out of it. It’s like watching something made by a Higher Second Class graduate of the Anurag Kashyap School of Filmmaking.

It’s also emblematic of everything that’s wrong with Buddha In A Traffic Jam, which, aside from being a right-wing propaganda piece (although much less in-your-face than I expected it to be), is also a film trying desperately to be edgy, youthful, and thought-provoking — but in vain.

PHOTO GALLERY
Chasing The Monsoon In India
Download
Calling all HuffPost superfans!
Sign up for membership to become a founding member and help shape HuffPost's next chapter
Join HuffPost

'Buddha In A Traffic Jam' Review: A Frequently Ridiculous Propaganda Piece
Chasing The Monsoon In India 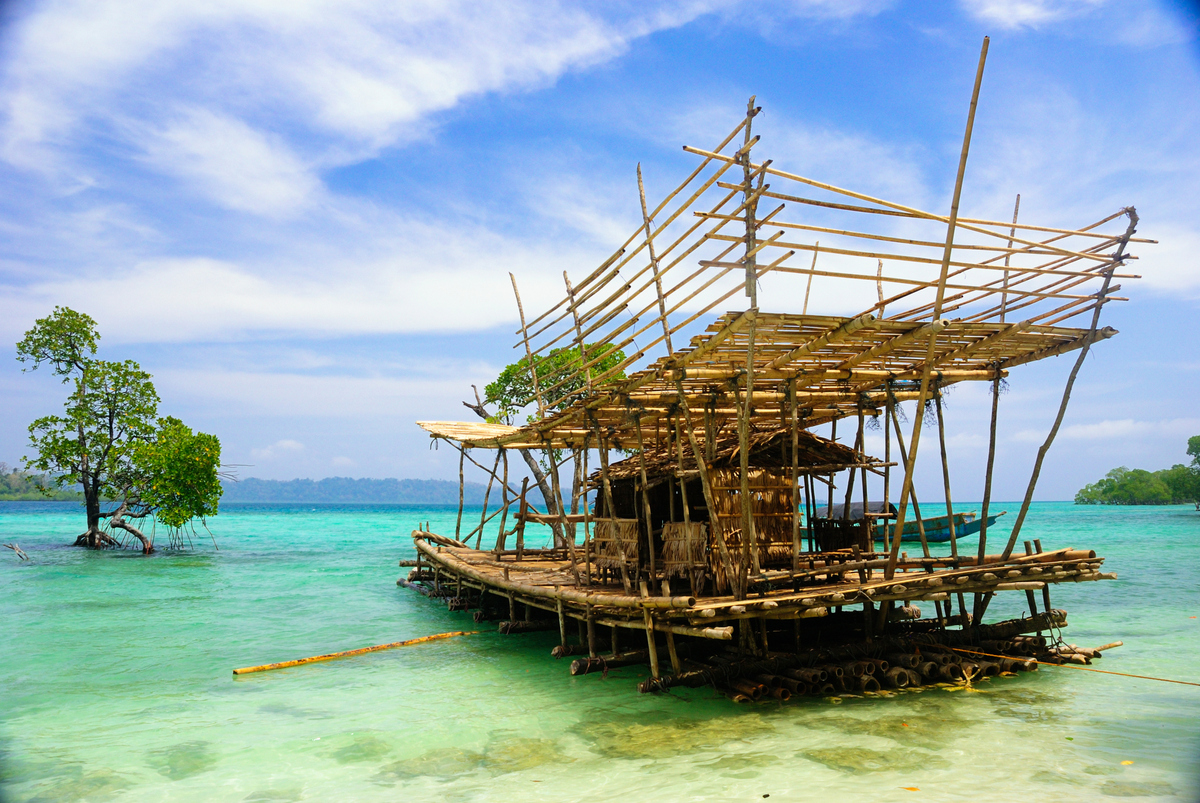 1 / 19
Havelock Island, Andaman
When was the last time you saw a sea this clear? If not recently, consider visiting Andaman and Nicobar. The islands are the first to welcome the monsoon, before it hits Kerala (there is also some rainfall during November). Thanks to the efforts of the government, Havelock island is now a popular eco-tourism destination. One can head to Radha Nagar beach and swim with Rajan the elephant in the limpid blue-green waters or, to Elephant Beach for snorkeling. Fishing, scuba diving and jungle treks and kayaking trips are also popular activities here. Here’s <a href="http://www.andamans.gov.in/html/reach.html" target="_blank">how to get to Andaman and Nicobar</a>.
Sourav Saha Photography via Getty Images