Bollywood actor Salman Khan put his foot in the mouth once again when he compared his gruelling workout schedule for his upcoming film Sultan to the condition experienced by a raped woman. He told a news portal that when he used to walk out of the ring, after the shoot, he used to feel like a raped woman — he couldn’t walk straight. The Twitter went crazy after the interview hit the internet.

Stunned to find his family in the BJP's 'exodus' list, Gaurav Jain, a businessman, has filed a police complaint for being dragged into the controversy fanned by Hukum Singh, BJP's leader in Shamli district, where, he claims, Hindus have fled due to intimidation and harassment by Muslims.

The arrest of two Dalit women and the use of non-bailable charges against them for their alleged scrap with some CPM workers in Kannur, Kerala has caused a major image-challenge for the month-old Pinarayi Vijayan government. Even as a defiant CPM is tried to brush the incident aside as a political conspiracy, Congress, BJP and the dalit activists targetted the government on the grounds of harassment of women, social exclusion, and misuse of authority.

Prime Minister Narendra Modi is encouraging millions of people across India and abroad to bend and stretch for the International Yoga Day. Attending the event in Chandigarh, Modi said that yoga gave 'health assurance at zero budget'.

The government has now banned the use of potassium bromate as a food additive after a CSE study found out that its presence in bread caused cancer. The CSE study had found that 84 per cent of 38 commonly available brands of pre-packaged bread tested positive for potassium bromate and potassium iodate. These two food additives are banned in many countries and listed as 'hazardous' for public health.

China on Monday said that India’s membership was not on the agenda at the upcoming meeting of the Nuclear Suppliers Group (NSG) in Seoul. MEA's Vikas Swaroop responded that while the government was optimistic on the issue, he cautioned the media not to speculate and wait for the outcome of the Seoul meeting.

As many as 984 graduates and five MPhil degree holders have applied for the five hamal (porter) posts in Maharashtra. The MPSC had released an advertisement for the recruitment of five hamaal posts in December and got 2,424 applications. The approximate salary for this post is 13-14 thousand per month and the minimum educational qualification for the post is just Class IV with the age limit of 18-33 years.

After the controversy surrounding Udta Punjab and Haraamkhor got over, a Malayalam film Kathakali has locked horns with the Central Board of Film Certification. The CBFC has reportedly refused to grant a certificate due to nudity portrayed in the film.

It will be sad to see RBI Governor Raghuram Rajan return to Chicago. But he must take his share of the blame for this unfortunate situation, writes Rajiv Kumar in The Indian Express. "One of the reasons why the Government did not support Rajan could be the fact that he was combining the role of a senior policy mandarin with that of a public intellectual... Not only did he advise the finance minister to stick to the fiscal target, which was clearly stepping over red lines, he also chose to speak publicly on the state of tolerance in the country and whether or not a strong government faces the danger of succumbing to dictatorial tendencies a la the emergency in India or Hitler’s Germany," he says.

With India now acknowledged as the fastest growing large economy in the world and also edging up in the World Bank’s ease of doing business rankings, the time is ripe for the country to open its doors wider to FDI. This is exactly what the Centre has done by raising FDI caps in some sectors, sweeping others entirely into the automatic route and diluting preconditions for sectors with restrictions, says an editorial in The Hindu. "There is no disputing that the FDI relaxations, irrespective of whether they were timed to signal the Centre’s commitment to reforms in the face of RBI Governor Raghuram Rajan’s exit in September, are a step in the right direction. But as we have learnt from the past, the devil is usually in the detail," it says.

India is treating the Seoul plenary as one more step in a long diplomatic journey into the heart of the Nuclear Suppliers Group, writes Jayanth Jacob in Hindustan Times. "NSG membership has always been an Indian policy goal as its current exemption runs a risk of being overturned if China or another unfriendly regime comes to dominate the NSG. It would also help allay concerns of overseas buyers if India is to become an exporter of reactors and nuclear components, a Modi goal that parallels similar plans by his predecessor Manmohan Singh," he says. 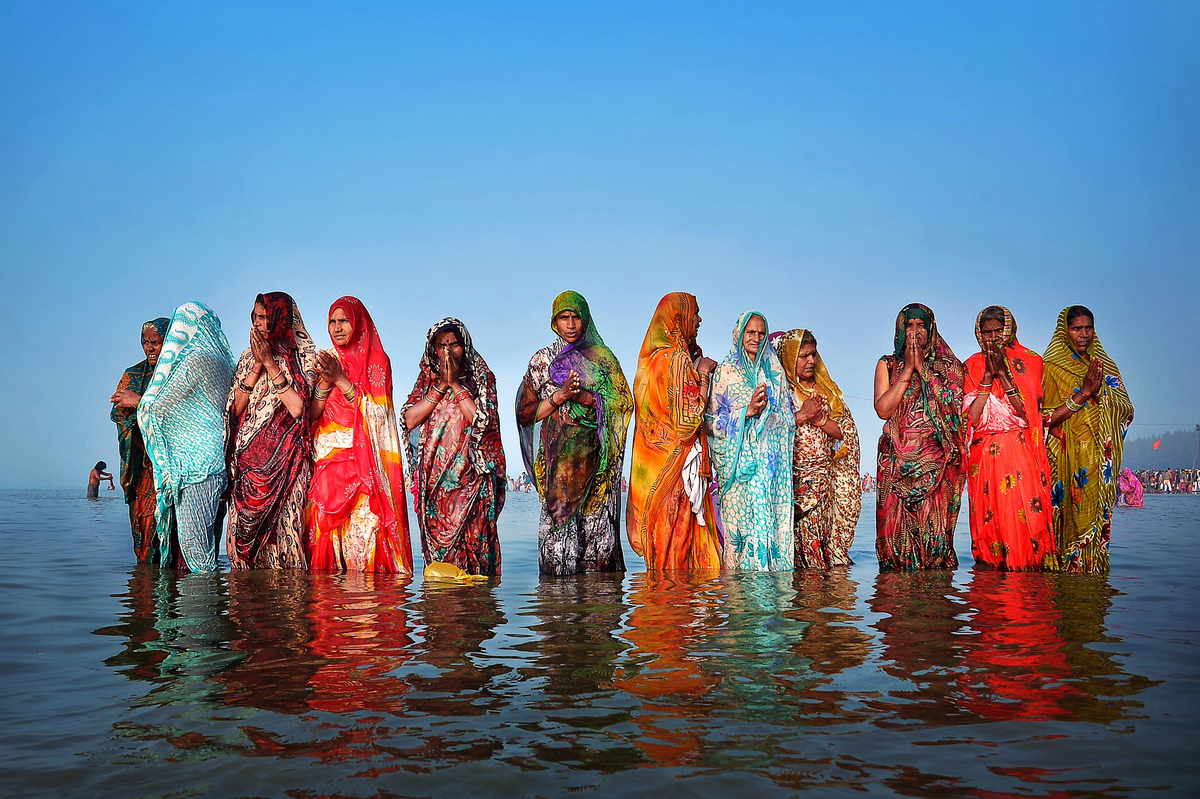 1 / 7
Abhijit Banerjee, Open Travel Category
Banerjee, based in Kolkata, has been shortlisted for ‘Gangasagar Fair’, a stunning portrait of India’s second largest fair which takes place every year in the month of January. The image captures devotees while they worship the sun just after their bath.
Abhijeet Banerjee/ Courtesy Sony World Photography Awards