Mistaking an Arab Spring activist for the leader of the Islamic State Abu Bakr al-Baghdadi, many Indians have written to Iyad El-Baghdadi requesting him to guide them in joining the Caliphate, news reports said.

After Iyad tweeted, seeking help to contact Indian authorities to inform them about the flood of emails he has been receiving from Indians, the country’s intelligence agencies have started tracing people who reached out to him.

Iyad, a UAE citizen, was born in Palestine and sought asylum in Norway. On Tuesday, he said in a tweet, “if I get emails from India-based accounts asking how to join ISIS, who in India do I report them to?”.

If I get emails from India-based accounts asking how to join ISIS, who in India do I report them to?

Regardless, if I want to report an Indian person who emails me because they want to "join ISIS", where do I do that? @taufiq_wan

Already contacted the email host and reported. I want to know the security agency to report to as well, just in case. @taufiq_wan

Iyad did not reveal the identity of the people on twitter, neither did he elaborate on the content of the emails he received from Indians seeking help to join ISIS.

As per The Indian Express report, Mumbai police responded to Iyad on Twitter and thanked him for alerting them.

@Kads_M Thank you for bringing it to our notice. We will look into it.

PHOTO GALLERY
Salman Khan's Controversies Over The Years
Download
Calling all HuffPost superfans!
Sign up for membership to become a founding member and help shape HuffPost's next chapter
Join HuffPost 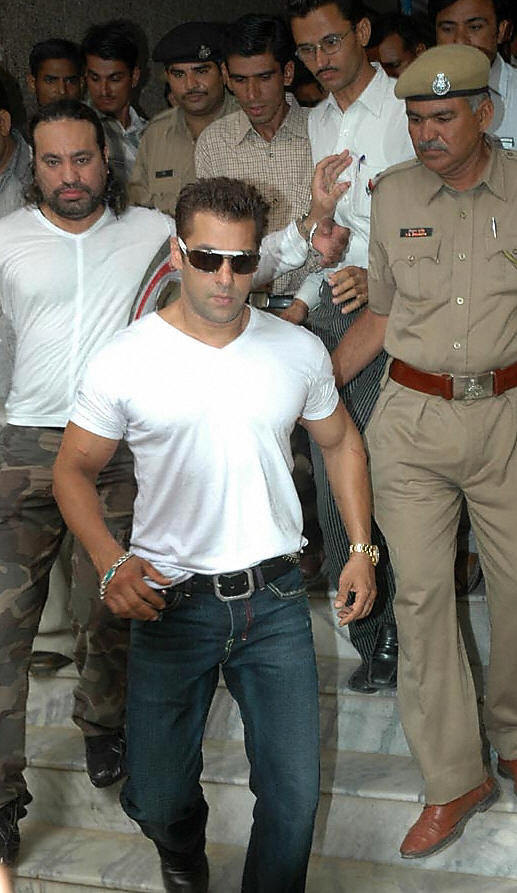 1 / 9
Black Buck Case, 1998
Salman Khan and a few other fellow actors were accused of hunting and killing black bucks (an endangered species) in Jodhpur in October 1998 while shooting for 'Hum Saath Saath Hain'. The actor was also accused of using illegal arms with an expired license.
STRDEL via Getty Images