Consider the series of emotions you would feel if you were to witness a roller-coaster going off the rails in front of your very eyes.

The first would be shock. You’d be horrified at the idea of people being hurt or worse. Your body would tense up, ‘fight or flight’ syndrome would kick in, and depending upon a variety of factors, you’d either rush to help, or make sure you stay at a safe distance and protect yourself and your loved ones (society would call you a coward, but evolutionary biology would reward you).

You’d then feel concern for the victims. Perhaps you can help in other ways. Perhaps you could call for an ambulance, or help get them first-aid. Perhaps you could simply write, tweet or speak to a journalist about it, and help spread awareness of what just happened, empowering people with knowledge so that they know this ride at this theme park is dangerous.

Then, concern would give way to anger. You’d outrage on behalf of the people who got on this ride, whether they escaped with minor scratches or got grievously injured or lost their lives. These people got on with the assumption that the amusement park owners have ensured that every safety precaution had been followed. They were betrayed and they paid a heavy price for it. They didn’t sign up for that. All they wanted was a fun, thrilling ride — which is what they were promised.

Okay, so this analogy ended up being more heavy-handed than I intended it to be. This is more self-awareness, however, than what the makers of Raman Raghav 2.0, a new psychological crime thriller directed by Hindi cinema’s resident l’enfant terrible Anurag Kashyap, have displayed. By the time I left the theatre, I had run through the same gamut of emotions as described above, eventually infuriated that a film with so much potential to be a thrilling, memorable ride can be treated with such callousness.

Raman Raghav 2.0, as an opening slate helpfully informs us, is not based on the life of the real-life serial killer, who murdered 41 people on the streets of Mumbai in the ‘60s. Its protagonist is Ramanna (Nawazuddin Siddiqui), an unhinged copycat killer who believes he can communicate with God directly. He faces off against a cop — an assistant commissioner of police, no less — named Raghav (Vicky Kaushal), a self-centered, drug-addled man who is well on the path to self-destruction.

Vicky Kaushal in a still from 'Raman Raghav 2.0'

Do you see where this is going? The Batman-Joker ‘you complete me’ dynamic is established fairly early on, after Raghav investigates a crime scene in which a drug dealer and an unidentified man have been found murdered. He’s clean-shaven and in uniform (indeed, the only time in the whole film) and pretending to be perplexed by the situation, but we already know, from the previous scene, that he was the one who killed the second guy, when he arrived at the very same den to pick up his stash, found the dealer murdered, and then was walked in on by a stranger who asked him for his identity.

Why, though? Why would a high-ranking police officer commit a random, gruesome act of murder? Did he think the man would question why he, an ACP, was at a drug den? Could he not have simply said, “There has been a murder and I’m investigating it”? Screenwriters Vasan Bala and Kashyap want us to believe that the same darkness that engulfs Rammana lies within Raghav, but they commit two blunders — one, they don’t give us any truly logical reason as to why Raghav would so swiftly choose to murder (it can’t just be ‘he was high as a kite’ nor 'daddy issues', both of which are suggested by the film) nor do they show us his reaction right after, so we can’t even gauge it for ourselves; two, even if we are to buy this, why would you show this scene right at the beginning and rob it of its suspense value, when a flashback later reveals it to be a turning point for his character?

Then there’s the pretentious Tarantino-esque device of dividing the film into chapters, giving the film a forced structure that it didn't really need. The second of them, titled ‘The Sister’, encapsulates nearly everything that’s wrong with Raman Raghav 2.0.

It starts off fantastically, with Ramanna standing outside the doorstep of his estranged sister Lakshmi (Amruta Subhash), who is horrified to see him. This develops into a slow-burn scene, featuring some great acting and witty dialogue, wherein the family (which includes Lakshmi’s husband, played by Ashok Lokhande) sits in their modest apartment, terrified of this dangerous looking man with a prominent scar on his forehead.

Then, after displaying a fair amount of restraint, the scene hurtles towards its inevitable conclusion, during which Kashyap uses slow-motion and a cringe-inducing song (‘Behooda’) in an attempt to stylise the scene. It’s a disastrous and irresponsible decision, one that unironically glamourises the film’s anti-hero and comes across as the director almost begging the audience to find coolth in depravity.

His vision is almost devoid of humanism; he wants us not only to examine the muck, but literally drown in it (as Ramanna literally does at one point). The problem is that there’s no way to do that without feeling utterly disgusted by yourself.

This desperation is evident in many places in a film that, otherwise, has a lot going for it. Its usage of real locations, shot with true grit by Jay Oza, draws the viewer into the ugly, decaying world Ramanna inhabits (a shot of two rats fighting amidst garbage is a fitting visual metaphor).

But the writing and direction is wildly inconsistent. Kashyap’s usual tropes — cops who are almost comically inept, for example — fight for attention amidst the odd well-written scene.

Meanwhile, Ram Sampath’s background score, which isn’t bad in itself, is used adequately in certain places and horribly in others (worst offender: a 15-second staring match between Raghav and his authoritarian father – played by Vipin Sharma – that uses a raag-based riff to distract the audience from the hollowness of the scene).

Also distressing is the complete lack of female characters with depth or spine — Raghav’s casual ‘girlfriend’ Smritika (Sobhita Dhulipala) seems to exist merely to be ill-treated, and a scene in which she fights to watch a TV debate on women’s rights is a sadly tokenistic attempt at balance in a film that wears its adolescent hypermasculinity with pride, even glee.

Siddiqui’s performance is riveting and terrifying, striking the right balance between Hannibal Lecter (Anthony Hopkins from The Silence Of The Lambs) and Anton Chigurh (Javier Bardem from No Country For Old Men). However, it must be said that at no point did he, one of the best actors working in Hindi cinema currently, truly surprise me (perhaps all the best bits were wasted in the trailer?). Kaushal, in only his third outing, is given a badly written character and spends much of his time scowling behind sunglasses, chain-smoking, and acting unconvincingly erratic (to be fair, there’s only so much an actor can do in a film that wants us to believe a guy can pull out a gun in a nightclub while dancing with a girl, which will lead to said girl going home with him).

I watched Sriram Raghavan’s never-released early '90s docu-drama Raman Raghav, in which Raghubir Yadav portrays the actual serial killer, at a screening in Mumbai just a few months ago and remember being struck by the film’s maturity. Despite depicting the same things — murder, ugliness, decay — it, commendably, remains humanistic throughout. In the Q&A following the screening, Raghavan mentioned how his approach to the film was guided by one statement made by the psychiatrist who treated the real Raman Raghav: “Don’t treat him as a criminal; he was a sick man.”

Kashyap’s approach is the polar opposite of this. His vision is almost devoid of humanism; he wants us not only to examine the muck, but actually drown in it (as Ramanna literally does at one point). The problem is that there’s no way to do that without feeling utterly disgusted by yourself. 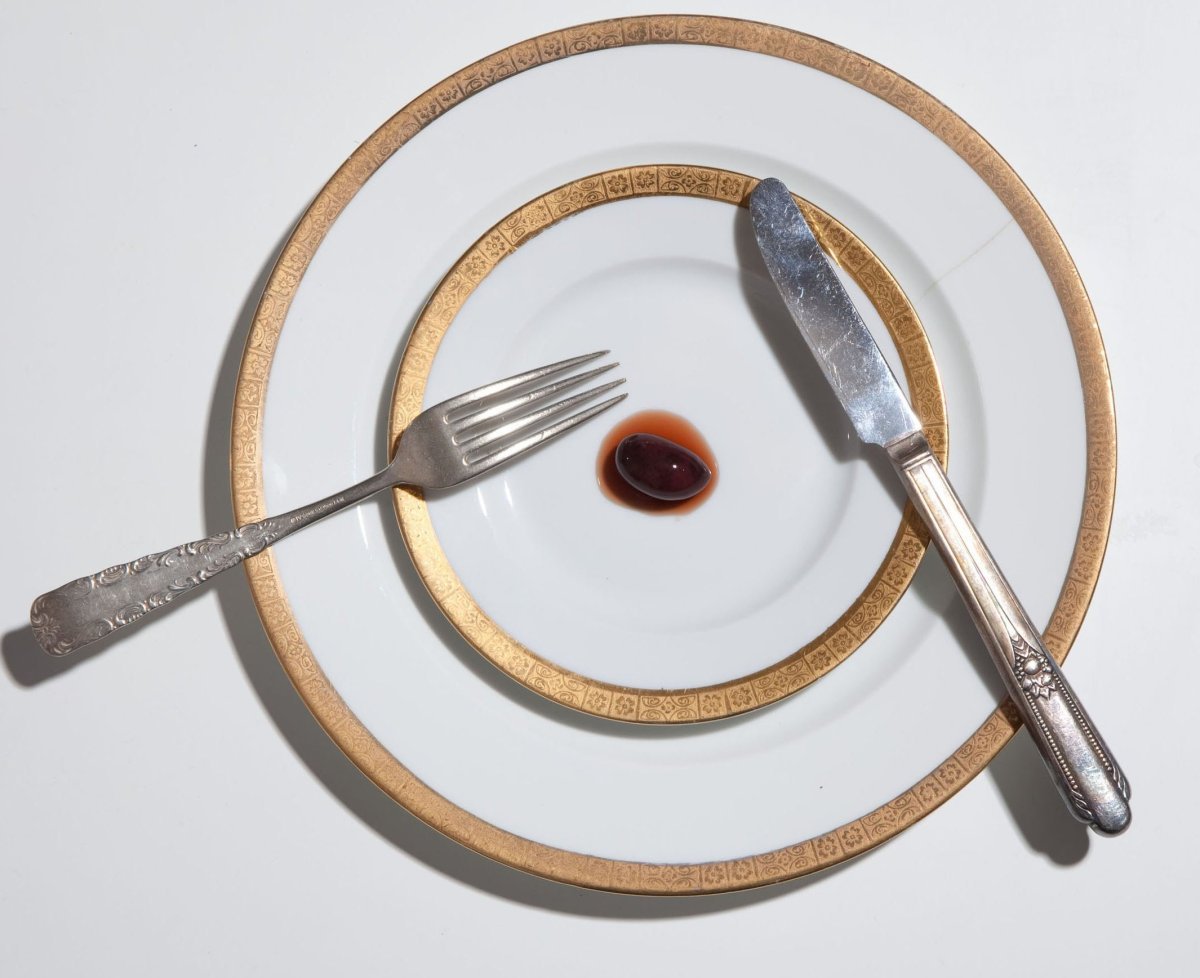