Alyona Minkovski is the lead political host at HuffPost Live, the online streaming network which has won three consecutive Webbys for Best News and Information Channel . In 2011, she was named by Forbes as one of the top 30 under 30 media personalities who “aren’t waiting to reinvent the world”. In 2014, she was the host of a Gracie winning special on victims of mass shootings and was nominated for a GLAAD Media Award for Outstanding Digital Journalism for coverage of bisexual activists holding a first ever forum at the White House. Prior to HuffPost Live, Alyona hosted "The Alyona Show" on the international news network RT (formerly Russia Today), which premiered when she was only 23 years old. She is well versed on issues of domestic U.S. politics, foreign policy, national security, civil liberties, criminal justice, whistleblowers and media analysis. Throughout her career, Alyona has interviewed some of our world's top thinkers and leaders including President Jimmy Carter, General Stanley McChrystal, Paul Krugman, Joseph Stiglitz, Chris Hedges, and many others. That includes celebrities of the likes of Oliver Stone, Julianne Moore, and Maggie Gyllenhaal, among others. She was the first journalist to interview Julian Assange after the release of Wikileaks’ first video “Collateral Murder” in April of 2010. Out of the studio, Alyona has reported from the ground covering the 2016 election, as well as at international events such as the Vancouver and Sochi Olympics, the World Economic Forum in Davos, and the G20 in Pittsburgh. She has hosted many panels and forums in front of large audiences including the United Nations and Netroots Nation. Alyona has appeared as a commentator on MSNBC, CNN, The Nightly Show on Comedy Central, and Fusion. She has been featured in Cosmopolitan Magazine, Details, Forbes, and others. Alyona was born in Moscow and is the daughter of Olympic figure skating champion and current Russian legislator Irina Rodnina. She grew up in the U.S. where she studied politics, film, and digital media at the University of California in Santa Cruz. Alyona currently lives in New York.

Want Better Journalism? You Have To Support It.

Congressional AUMF Debate Is a Sham 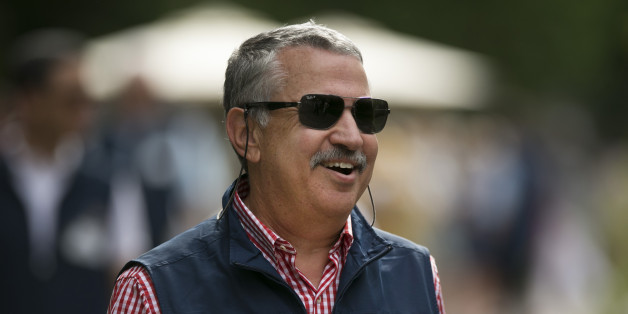 How Not to Respond to Terror Attacks, Brought to You By Thomas Friedman

For a Media That Worships Power, Bush vs. Clinton Is a Dream Matchup

Midterm Results: We All Lose

Gmail And The FBI Took Down David Petraeus: Why It Matters To You