Dr. Maya Rockeymoore is President and CEO of Global Policy Solutions, a Washington, D.C.-based consulting firm and President of the Center for Global Policy Solutions, a 501c3 nonprofit organization dedicated to making policy work for people and their environments. Dr. Rockeymoore has previously served as the Director of Leadership for Healthy Communities, a national program office of the Robert Wood Johnson Foundation, Vice President of Research and Programs at the Congressional Black Caucus Foundation (CBCF), Senior Resident Scholar for Health and Income Security at the National Urban League, Chief Of Staff to Congressman Charles Rangel (D-NY), Professional Staff on the House Ways and Means Committee, and as a CBCF Legislative Fellow in the office of former Congressman Melvin Watt (D-NC) among other positions. Dr. Rockeymoore has presented and written extensively about health disparities, childhood obesity, health care reform, community-based approaches to health, HIV/AIDS, and Medicaid and Medicare policy. She is the co-author of the Action Strategies for Healthy Communities Toolkit and she has published articles in the American Journal of Preventive Medicine and the National Association of State Boards of Education’s State Education Standard among other publications. A member of the National Academy of Social Insurance, Dr. Rockeymoore contributed to the development of its seminal study panel report, “Strengthening Medicare’s Role in Reducing Racial and Ethnic Health Disparities.” A proponent of the social determinants of health, Dr. Rockeymoore makes the critical connections between health, economic security, education and civic participation. She has spoken extensively on jobs and the economy, the racial wealth gap, financial literacy, and Social Security. She is the co-editor of Strengthening Community: Social Insurance in a Diverse America and the co-author of Plan for a New Future: The Impact of Social Security Reform on Communities of Color. Dr. Rockeymoore has been invited to testify before both houses of Congress on income security matters and on February 23, 2009 she was among other nationally renowned experts selected to attend the Obama Administration’s White House Fiscal Responsibility Summit. Her extensive education policy and program experience includes working with some of the nation’s leading education advocacy organizations to strengthen public education for vulnerable children and youth. Dr. Rockeymoore created the Campaign for High School Equity, a coalition of civil rights organizations dedicated to advancing sound high school reform policies at the federal level. She has also led the development of several key education policy documents; including the Schott Foundation for Public Education’s 2020 Vision Roadmap: A Pre-K Through Postsecondary Blueprint for Educational Success and the Campaign for High School Equity’s A Plan for Success: Communities of Color Define Policy Priorities for High School Reform. Dr. Rockeymoore is the former board chair of the National Committee to Preserve Social Security and Medicare and currently serves on the boards of the National Council on Aging, National Association of Counties Financial Services Corporation, the Campaign for America’s Future, and the Economic Policy Institute. She co-chairs the Commission to Modernize Social Security and is a member of the National Conference of Black Political Scientists and the Insight Center Experts of Color Network. The recipient of many honors, she was named an Aspen Institute Henry Crown Fellow in 2004 and received Running Start’s 2007 Young Women to Watch Award. Dr. Rockeymoore has been invited to speak before numerous organizations including the Centers for Disease Control and Prevention, Women Donors Network, Grantmakers in Aging, Drexel University, Columbia University, Congressional Democratic Caucus, Congressional Progressive Caucus, and the National Association of Black Journalists among many other groups. She has been quoted in publications such as the New York Times and the Washington Post and has been interviewed on NPR, Sirius XM radio, BET, CNN, and Al Jazeera English among many other media outlets. Dr. Rockeymoore holds a B.A. in political science and mass communications from Prairie View A&M University and an M.A. and Ph.D. in political science, with an emphasis in public policy, from Purdue University.

A Declaration Of Inclusion On Independence Day

Why Advancing a Culture of Health Is Bigger Than You Think

The Color of Wealth: Race, Economic Mobility and the Future of America 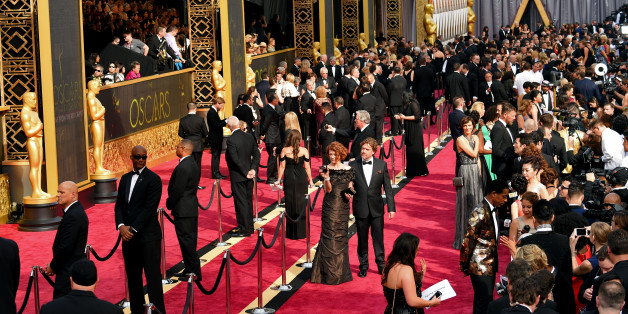 Why Diversity in Hollywood Matters

It's Time for an Inclusion Revolution