A survivor of the Communist era, Valerie Sobel fled her native Hungary during the 1956 uprising against the Soviet regime, eventually to settle in Toronto, Canada. She vividly remembers that time. She recalls carrying her younger brother on her back while walking eight miles with her parents through a marsh, to cross the forbidden border to the safety of Austria. After the elation of the escape, there were many months in refugee camps.   In high school, Ms. Sobel was interested in acting. Through a fortuitous encounter, she was flown to Los Angeles for a screen test and won the role in “Mr. Hobbs Takes a Vacation” with Jimmy Stewart. In 1962 she became a California resident and has lived there ever since. Marriage was followed with the birth of her son Andre and daughter Simone. She eventually left film to focus on her family and later developed a successful career in interior design with her projects appearing in several books and magazines, including Architectural Digest. She remains a member of the American Society of Interior Designers (ASID) as a “keepsake from that career.”   A new period marred the life of Ms. Sobel the day her teen age son Andre was diagnosed with a malignant and inoperable brain tumor. A year after in 1995, the family suffered his devastating loss. Shortly thereafter her mother died, and a year later to the day, her husband Erwin 54, took his own life. Through the subsequent months of crushing grief, Ms. Sobel sought to re-direct her life. What has continued to haunt her was the witnessing of children who were alone in hospitals; having to face their fears, their pain, treatments, and at times even their death alone. In most cases, these children were from single parent/single caregiver homes. Upon reflecting on her own experiences with her child, she found it hard to imagine how brutal it must be for those in a similar situation, without financial means or the support of another caring partner.   This injustice was the motivation for establishing the Andre Sobel River of Life Foundation (ASRL) in 1995. As if surprised by a spiritual revelation, the vision of the foundation and its purpose became clear to her. “Experiencing the sudden onset of a life-threatening illness of a child devastates every family,” she said. “But for the single parent without financial resources, it is inconceivable.”   In addition to serving in the full time role as Founder and President of the ASRL Foundation since 1995, Ms. Sobel is recognized as the "cover girl" of Advanced Style: Older and Wiser by Ari Seth Cohen, a celebration of women over the age of 60 with unique personal style. She has appeared in numerous lifestyle and philanthropic magazine articles, and is sought after to be photographed and styled by leading fashion photographers and artists. Valerie is a charter member of the Women of Washington/Los Angeles, the Music Center’s Blue Ribbon Society, The Academy of Motion Picture Arts and Sciences, The Council of Women World Leaders, and a founding member of the Women’s Foundation of California’s Donor Circle.   When she is not traveling, Ms. Sobel spends time between Los Angeles and her mountain home in Idyllwild, California. Daughter Simone is a graduate of Lynn University and a nationally ranked chess player and chess instructor.

What I'm Wearing to the Revolution 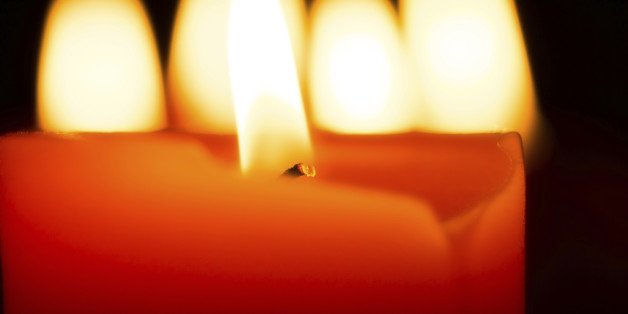 Fill the Vessel of Your Heart This New Year

5 Ways + 1 You can Help a Caregiver this Month

The Letter I Wish I had Received... from Boyfriends

The Day I Was Terrorized By Virtual Kidnappers

It's Lonely at the Top

Just When You Believe It's Over, in Fact It Can Just Begin