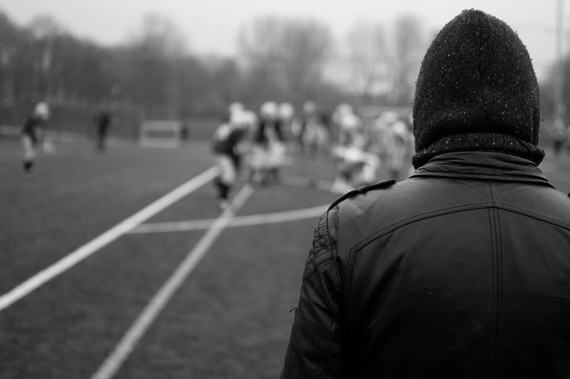 After my son Zach suffered a major brain injury during a high school football scrimmage, I found the grieving process to be complicated.

During the first year, no one knew what Zach's future would hold, so I decided not to grieve future losses but only present ones. Instead of grieving that he would most likely never go back to school, marry, have children, work to support himself, or live on his own, I only grieved the losses right in front of us--his right hand didn't work well, and his short-term memory and voice were gone which made communication difficult.

By the end of year two, after trying every available intervention, it became clear that Zach would never be the same. I missed our relationship as it used to be and felt a profound sense of loss.

Being a reader I devoured books on grief, but all of them focused on what happens after death. Zach was alive but was not the same. Since I could not find books addressing our situation, I called the librarian at Zach's rehabilitation hospital and was introduced to the term ambiguous loss.

From there I found the work of Pauline Boss. Somebody finally understood what I was going through. Unlike other grief books, these did not press me toward closure. There is no closure, no end to the grief, when the person is still alive yet no longer the same. The grief continues in a restless, unresolved sort of way.

At first, my desire was to find answers and fix the problems, but when that wasn't possible, I learned from Boss to temper my desire for mastery.

I learned that the goal in ambiguous loss is not to get rid of the ambiguity, but to live well with it and increase tolerance for it.

So how do we live well with ambiguous loss?

Boss says that the most resilient people in ambiguous loss are those who learn to hold two opposing ideas in their minds at the same time. Zach is here, and he is not here--he is still loving, kind, tender, empathic, and faith-filled, but he can't speak, initiate, or remember what he did five minutes ago. Though I deeply miss our relationship as it used to be, I also appreciate the beauty of who Zach is now.

Do you have a situation in your life where you "have and don't have" someone at the same time? How do you hold those things in tension?

If you want to meet Zach live on the web, he and I are doing a song for our Lenten service this Wed. Feb. 17 at 12:15 EST at www.parkstreet.org/live, or if you miss it we will post the song on his website at www.zacharymcleod.com.