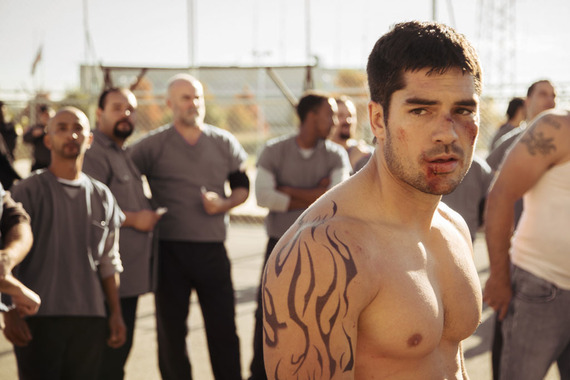 Logo has declared T.J. Cotrona one the "hottest men of horror TV," not that far behind The Walking Dead's Norman Reedus. His video clips have made top tumblr posts, and he's included on one fan's Secret Celebrity Crush page right above Marlon Brando. What's more, you can observe Cotrona doing some heavy lifting on ONTD (Oh No They Didn't), and literally hundreds of other sites are still salivating over his bare-chested shots from G.I. Joe: Retaliation, his second film with Channing Tatum. The first: Dear John.

But what's now garnering Cotrona some richly deserved international renown is The El Rey Network's From Dusk Till Dawn: The Series. (The first two seasons can be viewed on Netflix.) Here's a rather lively, quirky adaptation of the Robert-Rodriguez-directed/Quentin-Tarantino-written, over-the-top, gory vampire funfest, From Dusk Till Dawn: The Movie from 1996. That cult classic of sorts features George Clooney as Seth Gecko and Tarantino as his maniacal sibling Richard. They rob, kill, and worse, yet they are freakily likable. While running from the law, the pair hook up with a religious family and wind up at the desert-based saloon, the Titty Twister, a home base for a sect of culebras, a reptile/vampire mix with a strong dash of Aztec mythology that drinks blood with the same relish Honey Boo Boo imbibes Go Go Juice (Mountain Dew and Red Bull). No olives please. 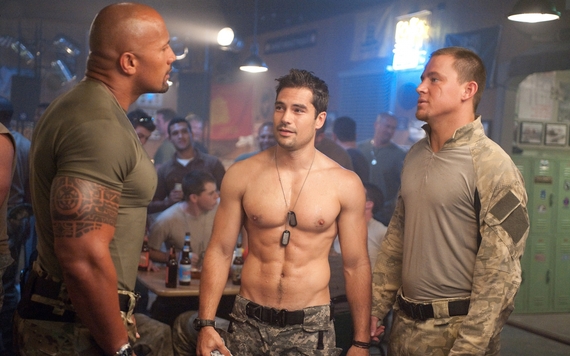 Cotrona was cast in the Clooney part, and there's a good reason aside from his chiseled torso. Both actors are strikingly attractive, engagingly unpretentious, consistently witty, and highly intelligent. J.D., a native of Connecticut, actually hit the criminal justice and political science books while on a pre-law track at Northeastern University in Boston before thespianitis hit him.

Then there's his verbal delivery. Who else, after killing a culebra waitress, can deliver with such charm, "Service sucked anyway"? Or when chatting with another blood-quaffer, "Did they Botox your face or are you always this cheerful?" And when a particularly disagreeable hemoglobin addict threatens Cotrona's character with "Before this is over, I'm going to sink my teeth into your five o'clock shadow," he responds nonchalantly with "Buy me a drink first."

Besides mouthing coy dialogue with finesse, his Seth has to shoot untrustworthy girlfriends, get stretched by cars driving in opposite directions, be punched in the face a whole lot, and shoot up heroin, but the latter only for a few episodes. 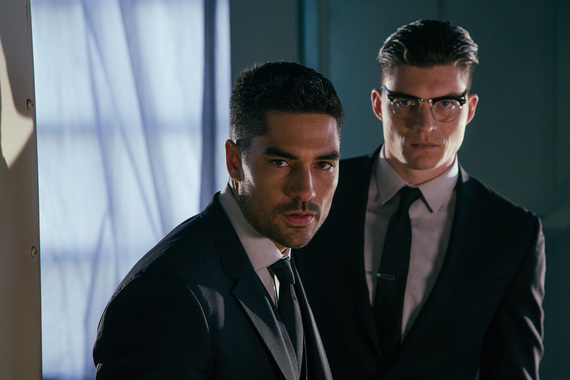 Seth Gecko (D.J. Cotrona) and his brother Richie (Zane Holtz) are the anti-heroes of From Dusk Till Dawn: The Series, a show that the New York Daily News says "has faint echoes of noir, slasher films, spaghetti Westerns and the violent fringe of the Coen brothers."

I caught up with Cotrona in Santa Fe, New Mexico, just as he was about to film the last episode of the third season, which begins airing in the fall. We sat alone in the huge craft services tent at the Eaves Movie Ranch where just a few years earlier Dennis Hopper got high while making Easy Rider (1969), Rosalind Russell nunned it up in Where Angels Go Trouble Follows! (1968), and John Wayne chowed down on some extremely rare steaks between breaks from rounding up steer for The Cowboys (1972).

Cotrona was holding his own quite well among these ghosts of the past. I noted his charismatic presence both on the tube and the screen, especially in Dusk.

"Well, thank you," Cotrona replied and then chuckled, "I've had a pretty up and down career. It's tough to get a job in this business and even tougher to have something to come out and sustain and be successful. I've been working on and off for a real long time. But, yeah, that's just the life of actor." 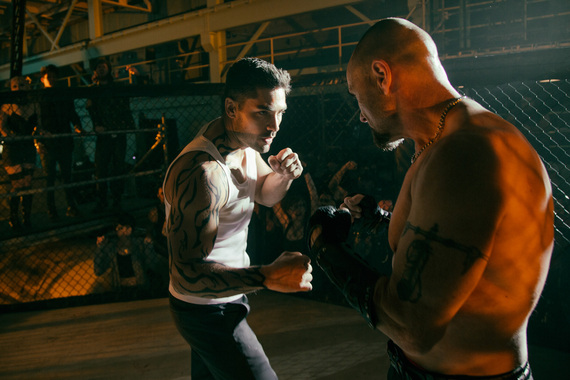 Seth Gecko (D.J. Cotrona) is about to get bloodied yet again during the upcoming third season of From Dusk to Dawn: The Series.

Certainly the success of Dusk has changed that.

"Not really," he smiled. "I mean to be honest there's like... you know, it's hard to describe, but every time you get a job, there's an outside expectation that that automatically means it's going to blow up and you'll get all of these opportunities, but that isn't necessarily the case. It's a pretty competitive profession regardless if you're doing something small or if you're doing something big. The majority of my opportunities or anybody else's that I've worked with are hard fought and won regardless of whether they have high visibility or low visibility. So for me, I just keep my head down and do the best job I can do on every opportunity I'm afforded and keep plugging away as things keep coming up."

But your following has clearly surged.

"From the show, absolutely. That is obviously a big testament to Robert. Robert and Quentin create such obvious iconic cult followings and universes specific only to them. And there's a reason if you watch the original Dusk or when you watch any of their original films really, whether they were made 5 years ago or 20 years ago, that the fans react very viscerally, even to this day because the films are just so iconic. [Rodriguez's and Tarantino's] work stands the test of time, and the fans for Dusk, for the film and the show, are absolutely no different. They are very opinionated and very passionate about all of Robert's stuff. We get a great response from them."

Were you a vampire/horror aficionado before you started playing Seth?

"I was absolutely obsessed with John Carpenter, all of his films. Not a big vampire guy. Hitchcock, yes. Loved Hitchcock. But the films I grew up on as a kid, the ones I would watch and run outside and try to recreate with my brother in the backyard, a lot of those films are films that were also close to Robert's heart. When chatting, we found a similarity in the things that excited us visually in films. So to get to come here with him and play in his sandbox is amazing because all of the visual cues we use and all of the action sequences we try to come up with and do, well, he's one of these guys that pulls from a well of filmography that gets me excited and reminds me of being a kid. So I feel like I'm 9 years old here."

There was an academic book that came out in the last decade that detailed how the Holocaust affected the sensibility of numerous horror films. Then with AIDS, the "contagious virus" theme infected dozens of movies, including the work of David Cronenberg and Todd Haynes.

"That's very interesting," Cotrona replied. "And Godzilla was a reaction to the World War II bombing."

So what is Dusk commenting on? Maybe the show, especially Season 2, is a reaction to the Trump phenomenon.

Well, there are a whole lot of struggling immigrants crossing the border in the series, and many are being victimized: some forced into prostitution and others meat chopping.

"You know it very much could be," Cotrona smiled, "and I think we'll happily wave that flag."