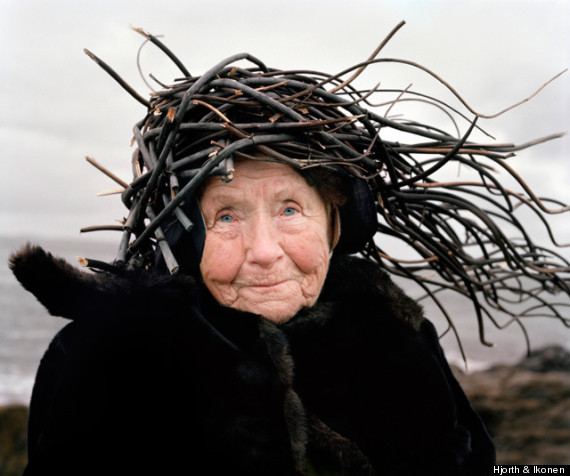 The result, the intriguing series "Eyes As Big As Plates," features elderly subjects enveloped in organic, scavenged material, both connecting the human subjects back to the Earth and creating a universal setting for the ethereal images.

Ikonen and Hjorth chose senior citizens from New York with deep connections to their roots elsewhere. Swallowed by their natural surroundings, the models turn into mythical creatures, connecting to the folklore of their homelands no matter how physically distant they may be.

The artists explain in a statement:

"This blending of figure and ground recalls the way in which folk narratives animate the natural world through a personification of nature. The slippage of elderly figures into the landscapes suggests a return to the earth, a celebration of lives lived, reinforcing the link between humanity and the natural world."

The magnetic images are showing at Recess in Brooklyn until April 6. Let us know which childhood tales you hold close to your heart in the comments. 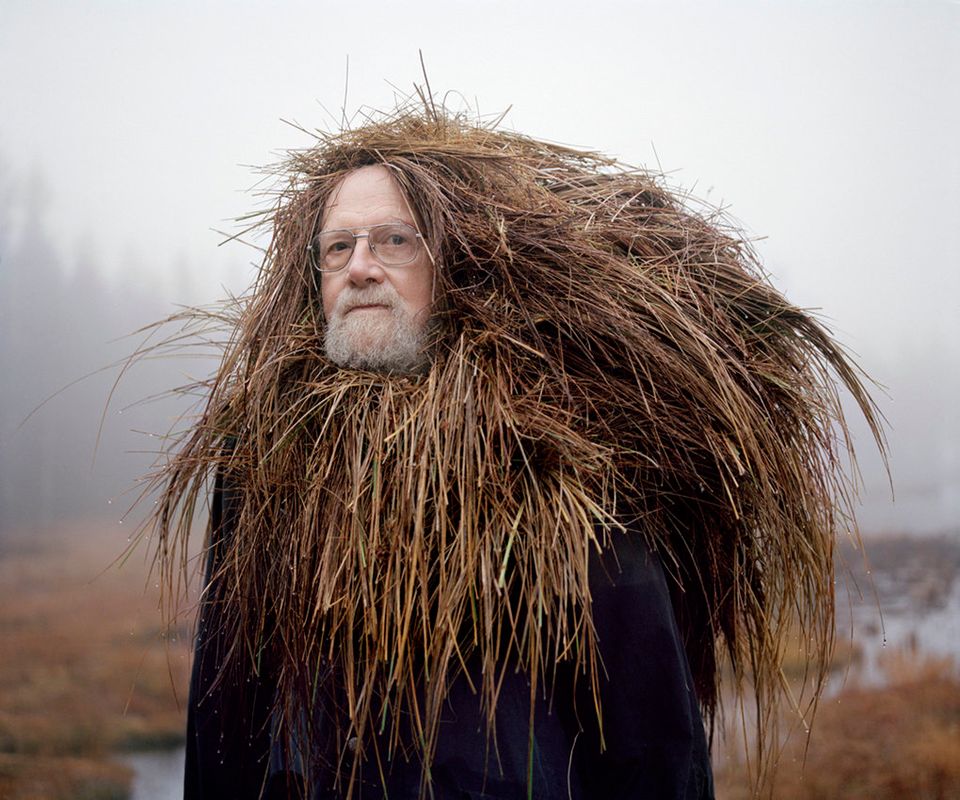 1 / 16
An homage to <a href="http://en.wikipedia.org/wiki/Will-o'-the-wisp" target="_blank">Lyktemannen</a>. From "Eyes as Big as Plates" by Karoline Hjorth and Riitta Ikonen.
Karoline Hjort and Ritta Ikonen