The Center for Effective Philanthropy (CEP), with a local office in Cambridge, MA and another in San Francisco, CA, is a nonprofit organization dedicated to increasing the effectiveness of philanthropic institutions. CEP operates with a four-pronged approach, developing and providing performance assessment tools, advisory services, research, and programming, to help foundation leaders maximize their effectiveness, defined as having clear goals, coherent strategies, disciplined implementation, and relevant performance indicators. Since 2001, CEP has published over 25 research reports and its assessment tools have been used by over 300 foundations worldwide, counting amongst its clientele the Ford and Bill and Melinda Gates Foundations.

In the following interview conducted over phone, CEP President Phil Buchanan shares his insights on the different resources that CEP offers, the difficulties that CEP has overcome to attain its current success, and how CEP's mission has evolved beyond providing comparative performance data to foundations to actively helping funders enhance their effectiveness and philanthropic impact. 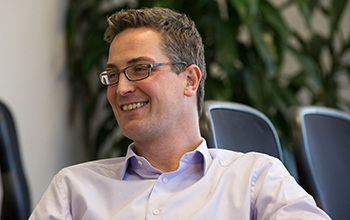 HEA: You have been with CEP from its inception, as its first chief executive. What was it like starting the organization from the grassroots?

Buchanan: Early on it was unclear whether there would be much appreciation for what we were doing. But we recognized there were a lot of foundation leaders who felt uncomfortable by the degree to which they were isolated from critical feedback and we did a lot of things to create feedback loops where they didn't exist. We also recognized that there was a lot of frustration with the lack of resources for thinking about what strategy means in a philanthropic context. There is a tendency to assume business frameworks will apply in philanthropy - and sometimes they do but often they do not. The work of foundations and nonprofits is different from the work of for-profits and businesses; philanthropies work on problems that defy governmental and market solutions and tend to be the toughest and most intractable problems. So we thought we could play a role in developing resources that help foundation leaders chart their course in this difficult environment.

HEA: The cornerstone of these resources has been your assessment tools, which score foundations based on grantee, donor, or staff perception ratings of their effectiveness and compare foundations relative to each other. Why did you choose to use a survey-based evaluation system rather than rely on quantitative metrics such as "cost per life saved" (CPLS), as used by charity evaluators like Givewell?

Buchanan: Foundations typically make grants across multiple problem areas with different goals. There is not a universal measure you can use across programs. There is no easy analog to ROI in the business context. For instance, CPLS would make sense if the program is on a disease in sub-Saharan Africa but a different metric would be needed if the focus were climate change. We think assessment approaches will vary depending on the programmatic goals and strategies. Foundations need to draw on a range of different data to inform their efforts to assess and improve. What CEP does is just one component.

HEA: What type of foundations do you serve?

Buchanan: Our audience is large, staffed community and private foundations that grant at least a few million dollars a year. Eight of the ten largest grant-making institutions in the United States, and over half of the largest 50, have worked with CEP. The bulk of our clients are U.S. foundations although we have increased the number of international foundations we serve in recent years.

HEA: When foundations find out that they are not as effective as they thought, how do they typically respond?

Buchanan: Most people who work in leadership roles in foundations do so because they really care about philanthropy, and the issues they are working on, and they want to do a good job. When they find out that their foundation perhaps does not perform as well as hoped they typically want to find out how to do better, so many foundations respond very constructively to what they learn. That is why we see improvements in foundations that assess themselves over time. Of course, as in any situation, when you provide information that conflicts with people's beliefs you sometimes get real defensiveness. But in the majority of cases we see that people want to use the information productively.

HEA: Do you have evidence that use of your assessment tools has led to gains in effectiveness?

Buchanan: From years and years of third party surveys, we know that foundation leader overwhelmingly self-report that these tools led to change. Also, we can analyze changes in grantee perception for foundations that repeat grantee surveys and we have seen meaningful improvement on dimensions like 'foundation's positive impact on grantee organization'. We cannot definitively prove causality but we certainty seem to have some evidence that our assessments lead to changes and that these changes are experienced as positive.

HEA: In addition to providing assessment tools, CEP does research on foundation effectiveness. What are some of CEP's most significant findings?

Buchanan: One of the more sobering findings that we see repeatedly on a variety of different topics is that there is a disconnect between foundation CEOs' perceptions of what and how they're doing and the perceptions of nonprofits funded by these foundations. For example, foundation leaders overwhelmingly say that nonprofits should be held to higher standards of evidence, that foundations should help them achieve these standards, and that foundations are providing that support. But the majority of grantees are receiving no such support. In other words, foundation CEOs believe that they are helping nonprofits improve their performance assessment capacity but that is not what the grantees are experiencing. There are exceptions of course - foundations that are absolutely delivering on what they say they do - but, in aggregate, there are some important disconnects.

HEA: What challenges has CEP faced?

Buchanan: Early on, people didn't know who we were and why they should listen to us. Indeed they had no good reason to listen to us! Whenever you're doing something new, developing credibility and trust takes time. Another challenge has been recognizing that providing information that tells you how you are doing is the easy part - the hard part is knowing what to do about it. What we really want to see is improved effectiveness that translates to greater impact. It is not enough to tell people about the parts of their organization that are not working. We have to provide support and resources to help people make changes and connect people to others with similar challenges so that they can learn from each other.

HEA: To this end, CEP offers customized advisory services to help foundations improve their effectiveness. Could you elaborate on this process works?

Buchanan: It was only in the last year or so that we've begun to offer these services. Previously our work was primarily diagnostic and rooted in research and assessment tools. An example of the tailored advising and consulting work we now do is when we worked with the board and CEO of a two-billion dollar in assets regionally-focused foundation where there was a sense of concern that greater impact could be achieved through greater focus but uncertainty about how to get there. We worked with the leadership and board to start them down a path toward greater focus and, we hope, greater impact.

Another example involves a billion-and-a-half dollar regionally-focused foundation that had a lot of data on how they were doing including programmatic indicators and elements of organizational effectiveness. We are helping them boil the data down into a scorecard they can share with the board to inform an annual discussion about performance and improvement.

HEA: What are CEP's plans for the near future?

Buchanan: Our big goal is to help foundations be more effective. The launching of our advisory services was a big part of that. We also know we need to do more to bring leaders together - to learn from each other and support each other. And there is a lot more we can and will be doing in terms of what types of data we develop and the research we execute to inform foundation leaders.

This interview was condensed and edited by Melody Guan and was first published on August 31, 2014.