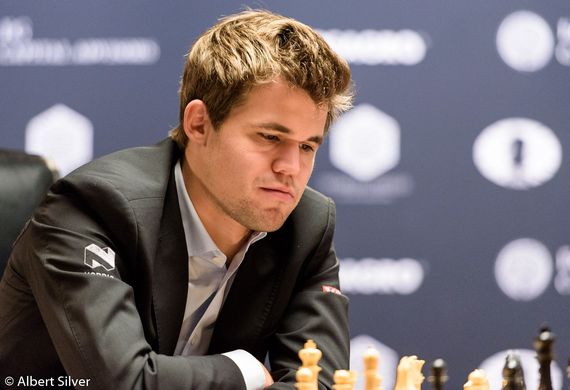 Magnus Carlsen became known to the world as a chess artist. Nearly 13 years ago he began a sparkling attacking victory in a Dutch tournament with sacrifices on a single square: first the Bishop, then the Rook. I dubbed him the Mozart of chess in the Washington Post and soon the moniker spread around the globe.

On November 30, on his 26th birthday Carlsen found the same square again, this time to sacrifice his Queen. This artistic stroke won him the World Championship match in New York against the Russian challenger Sergey Karjakin.

Chess artists can suffer when they try to play too creatively. Carlsen knows that. Chess is a sport for him and the results count. "I want to win. No one's interested in excuses if I lose," said the late world chess champion Bobby Fischer in 1969. Winning becomes more than flashy combinations. Mind over matter plays a secondary role. Chess makes you humble if you don't win. Even the world champion can struggle.

In the first nine games of the World championship in New York, Carlsen could not win a single one. It never happened to him before. Karjakin put up a good fight. He based his strategy on defense, presenting difficult puzzles to Carlsen during the classical part of the match. Moreover, after the Norwegian grandmaster tried to force things on the board, Karjakin was on the verge of match victory, but could not seal the deal. Carlsen calmed down, found joy in his play and won the match in the rapid tie-break. His final move, a brilliant queen sacrifice, will grace many future world championship books.

The match started slowly with seven draws. It was more like slow shadow-boxing, chess within chess, grind without fireworks. Some promising advantages were neutralized by both players. To the untrained eye and to sports fans who believe that winning is everything, seven draws were seven too many.

It was not the volcanic Icelandic saga of Boris Spassky versus Bobby Fischer from Reykjavik 1972. That match held the world in thrall and inspired millions to pick up chess. The violent overture featured three decisive results in the first three games. The swashbuckling start of the first world championship match in New York in 1886 was even better. 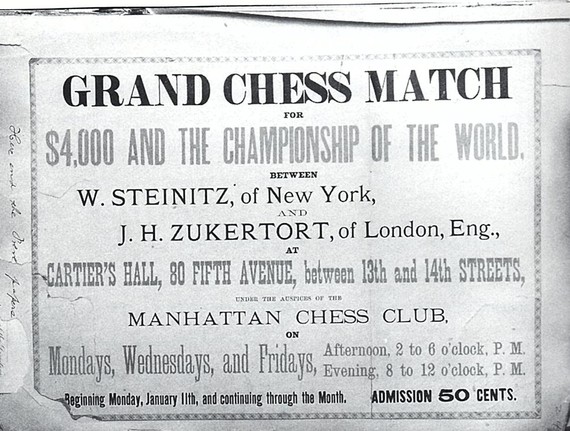 Johannes Zuckertort lost the first game, but quickly won the next four. His opponent William Steinitz cut the lead in Saint Louis, decided the match in New Orleans and became the first official world champion. It was over in 20 games, Steinitz won 10 of them. Final score: 12.5-7.5.

In the world championship matches the players usually pick up one opening variation. It becomes their chess piñata. It can be hit from many angles until most secrets fall out and not much is left. Karjakin was prepared to go that way, but Carlsen made evasive moves. For some years he has been following, perhaps unknowingly, the advice of Lajos Portisch.

"Your only task in the opening is to reach a playable middlegame," wrote the all-time best Hungarian grandmaster in 1973 in the RHM book How to Open a Chess Game. Carlsen was able to shift the fight into middlegame and beyond before finally settling to defend the Main line Spanish.

The first decision came in Game 8. It seemed that Carlsen pushed too hard, making positional concessions in favor of vague tactics that probably made the chess hustlers in the Washington Square happy. Karjakin committed a few inaccuracies and Carlsen was still in the game. Have a look at the last two moves of the game to understand how difficult and tense the battle was. 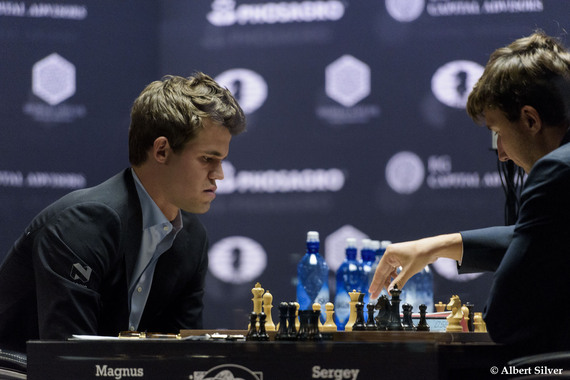 The former world champion Jose Raul Capablanca preferred a Knight to accompany his Queen instead of a Bishop. The Knight can reach both black and white squares and often turns the Bishop into a hopeless spectator like in the final moments of the game. 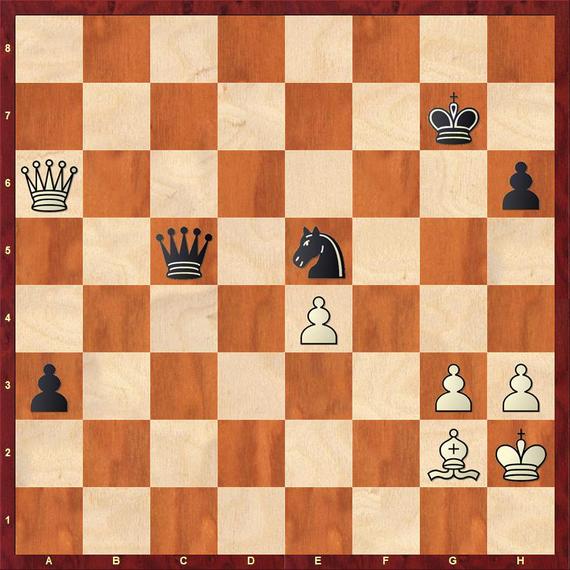 Karjakin was in the lead and played well to win Game 9, but his promising position fizzled out into a draw. In game 10, Karjakin could have repeated moves twice, and make a draw, but he missed it. Carlsen's positional squeeze slowly picked up speed and he equalized the score. 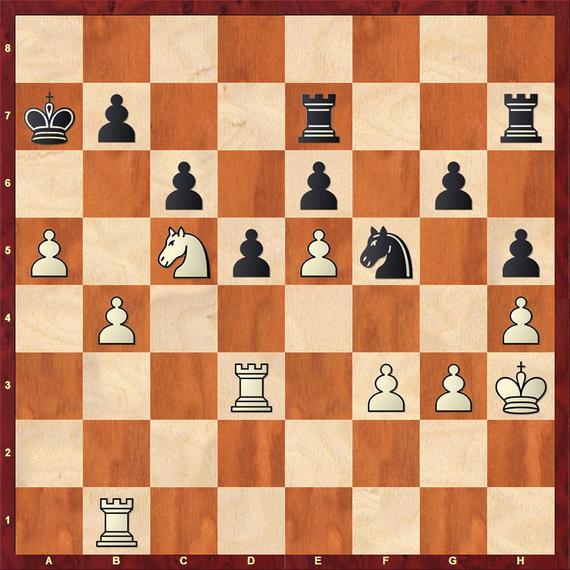 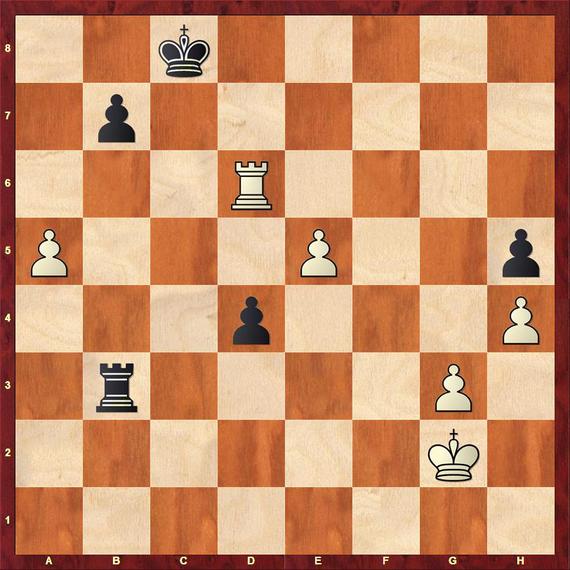 After he drew Game 11 as Black without problems, Carlsen figured out that he has better chances to win the match in four tie-breaking rapid games and quickly drew the last classical game.

The score was 6-6, but the tie-break went Carlsen's way. Karjakin's play was heavy handed. He escaped in the second game, but couldn't withstand Carlsen's pressure and lost the third game. It was down to the fourth rapid game, but before we go there, let's revisit the historical moment in Wijk aan Zee in 2004. Watch what the 13-year old prodigy did on the square h6. 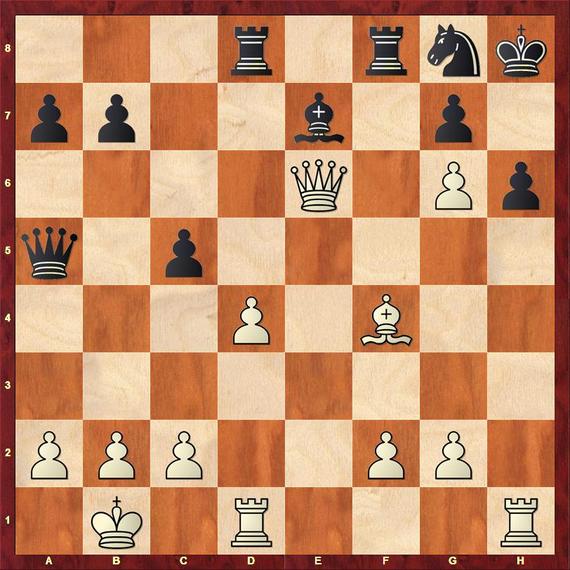 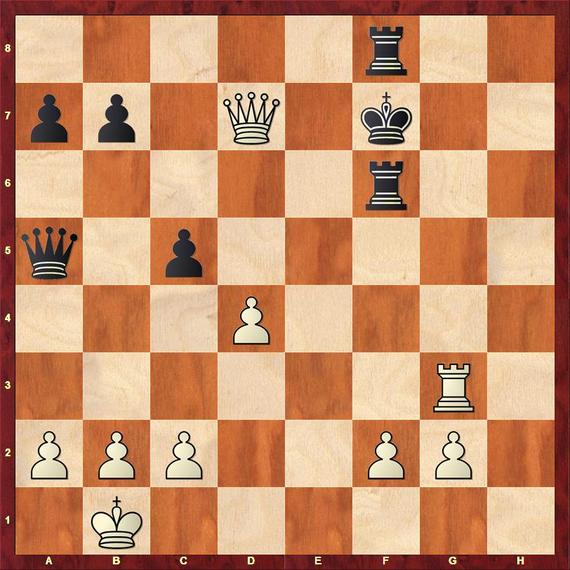 The final epaulette mate crowns the artistic performance of the young Magnus.

It took Carlsen nearly 13 years to revisit the square h6 and end the magical journey. Here goes the brilliant finale: 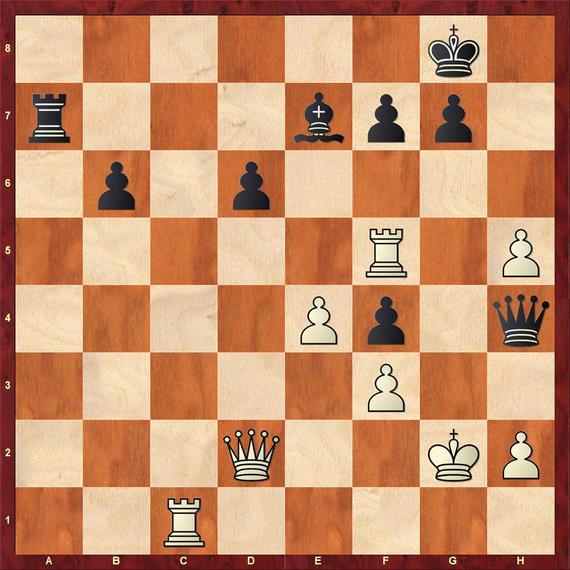 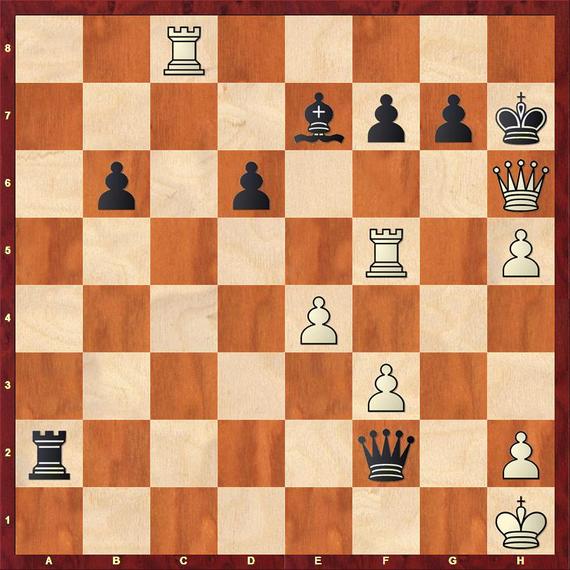 This astonishing Queen sacrifice should be printed on Magnus Carlsen's visit card. Black is mated: 50...gxh6 51.Rxf7#; or 50...Kxh6 51.Rh8#. Black resigned.
Who can say that Magnus Carlsen is not a chess artist? With the 3-1 tiebreak win Carlsen retained the world title.