Spending more than two years in a canoe carrying everything you own might sound like torture to some. But to Canadian couple Jennifer Gosselin and Pierre Pépin, along with their Karelian Bear Dog, Jasmine, it's the adventure of a lifetime -- and a new way of life.

Pépin and Gosselin decided to sell their Quebec City home, car and most of their belongings to take a 1,000-day canoe trip they call their "NorAm Odyssey." They embarked on June 6, and have spent more than 80 days traveling through Canada, around the northern tip of Michigan's Lower Peninsula and to the U.S. shore of Lake Michigan. On Friday, they were camped at Charles Mears State Park in Pentwater, Mich.; they plan to get to Florida by the end of November. 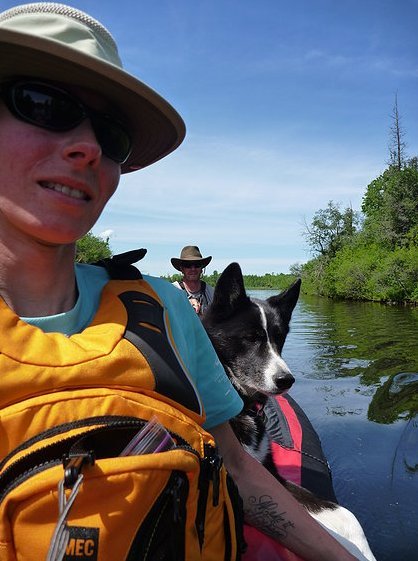 The loose plan is to travel more than 15,000 miles, paddling no more than 30 miles a day, five or six days a week. But it's less about racking up miles than "the joy of meeting other people."

"We're not trying to beat a world record," Pépin told The Huffington Post. "The paddling, the canoe itself is our mode of transportation, but it's the people that are making the trip."

Pépin said people they've met along the way have given them rides, let them into their boats and homes, fed them, and generally been "unbelievable." 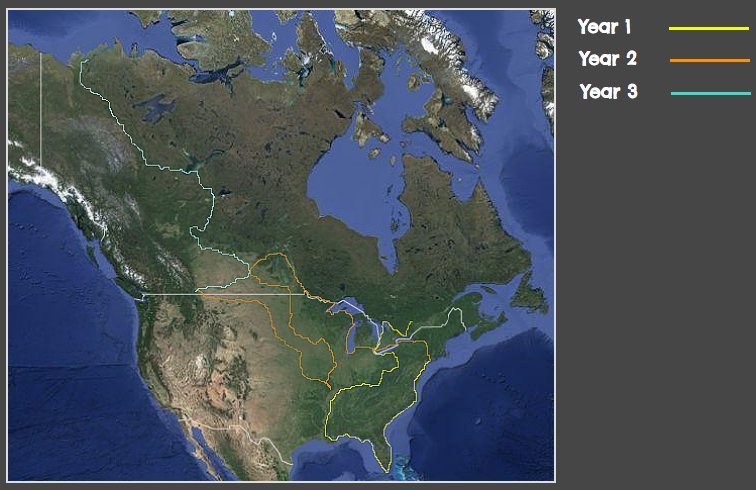 The seaworthy couple went on a 1,300 mile canoe trip in 2012. When they returned, it was hard to feel comfortable in their regular 9 to 5 jobs.

"We spent 60 days with kind people and then you go back to work and people are honking at you on the road or giving you the bird, ...working many hours a week, and people seem to be unhappy with what they're doing," Pépin said. "So we just decided to pull the plug. The only way we could afford to do it was selling everything we own."

With a tent, cooking supplies and a couple changes of clothes, the two ventured out to explore the waterways and wilderness, armed with maps and GPS. Jasmine has her own spot in the canoe, and barks with excitement every time they pack up camp to head back into the water. 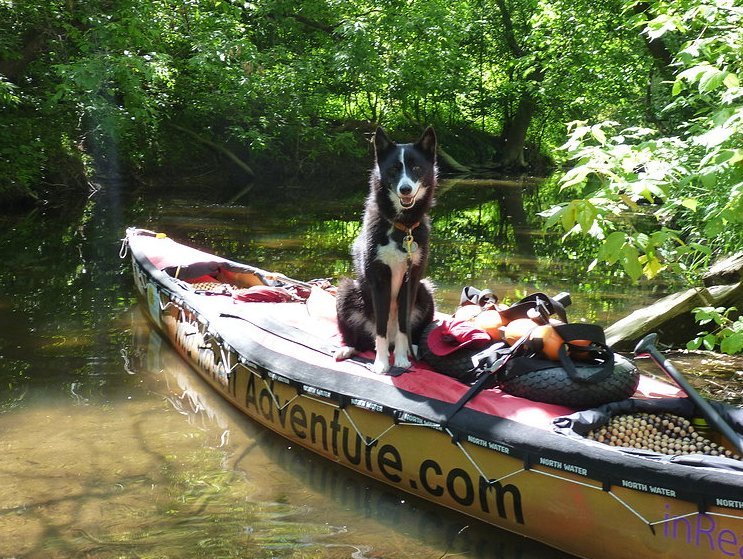 Jasmine and the kayak in the Trent-Severn waterway, which connects Lake Ontario and Lake Huron.

The couple has been married more than eight years. Some might be hesitant to go on such a long journey, in such close quarterswith their spouse, but Pépin and Gosselin have a routine down where they divide responsibilities, communicate and trust each other.

"I once taught a course on paddling without divorcing," Pépin said. "We are applying what we know." 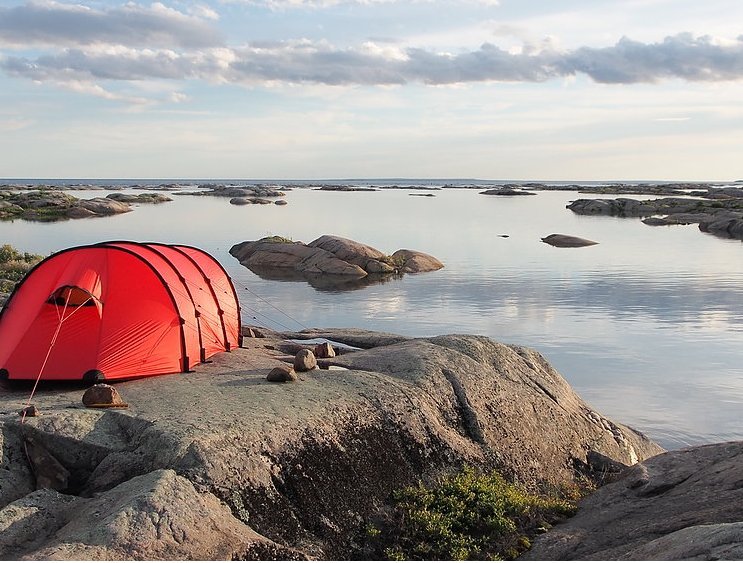 The longtime traveler said it was easier to make the decision to take their journey because they had been on several serious canoe trips, though none this long. But he said less experienced adventurers debating whether to take a trip should just find the way of traveling that works for them, whether plane or boat, hotel or backwoods camping.

"Stop finding all the reasons not to do it, anyone can do it," Pépin said. And he urged them to follow the advice of his wife's tattoo: "Make It Happen." 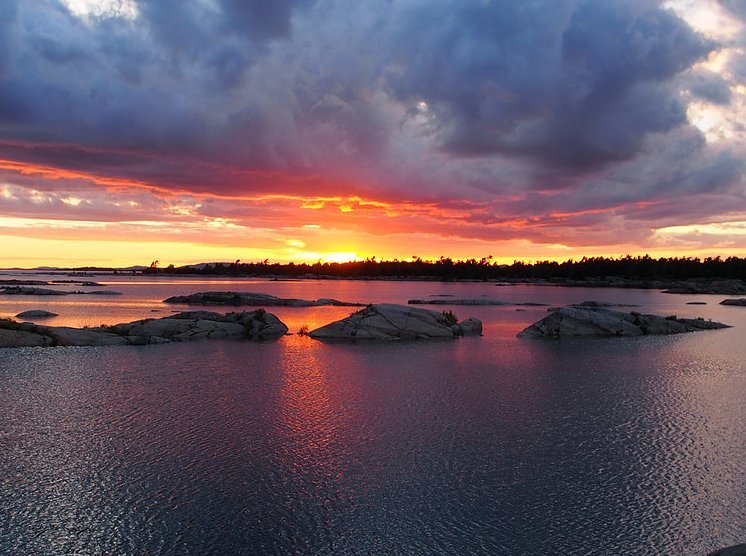 Track Pépin and Gosselin's progress here, and read about their travels on their blog Wild Raven Adventure.