Click here to see video of Moral Mondays in Chicago. 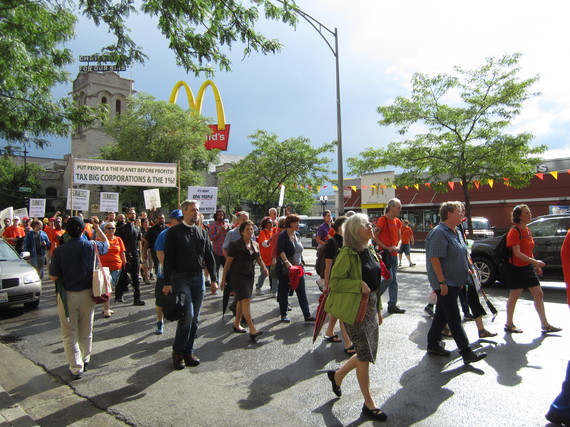 On Monday I heard from Illinoisans who are struggling to make ends meet. They work hard every day, but Governor Bruce Rauner's ruthless budget policies are making their lives even harder. As the Governor holds the budget hostage, Illinoisans are paying the price.

Families need affordable child care -- but currently 90 percent of families applying for childcare assistance are being denied. People with disabilities are losing independent living services. The autism program is not being funded. Social service programs that help people get by are being closed. Governor Rauner wants to cut Medicaid by $1.4 billion and eliminate adult dental and foot care, breast and cervical cancer programs. He wants to cut higher education by 30 percent.

That's what some corporate executives do with a turnaround company -- the bottom line matters, but people don't. That is no way to run a state.

We can ask people who have more than they or their children or grandchildren can ever spend to pay a bit more to the common good, money that won't dent their life-styles, money that will hardly be missed. Instead, Governor Rauner reduced his own Illinois tax liability by $750,000 when the income tax rate fell from 5 percent to 3.5 percent.

We don't have to operate this way. A graduated income tax in Illinois would go a long way toward solving our problems, as would close corporate tax loopholes such as ending subsidies to big oil.

Instead of forcing through budget cuts that hurt children, hardworking families, people with disabilities and seniors, we must raise the revenues that will let us meet our priorities. That is the point of these Moral Mondays and we will keep speaking out, rallying and marching until there is a budget that is best for all Illinoisans. 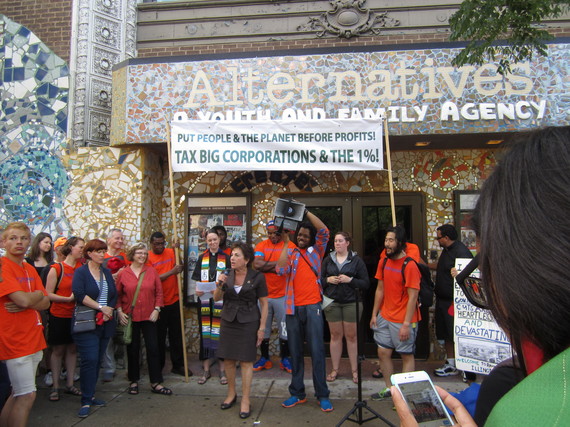