Recently, NCLR Action Fund has been taking a look at payday lending and its effects on Latinos around the country. We know that payday lenders are predatory, disproportionately choosing to set up shop in communities of color. We know that Latinos are more likely than the general population to use a payday loan. And we know that Latinos overwhelmingly support reining in the payday lending industry's abuses, with 74 percent of Latinos supporting regulation from the Consumer Financial Protection Bureau. 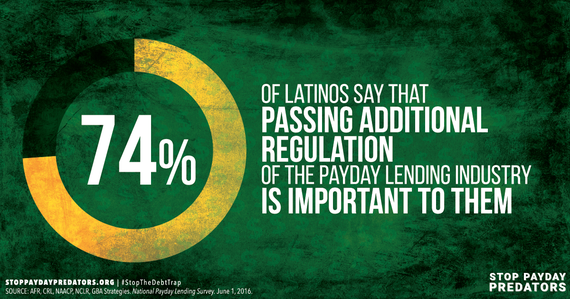 Payday lenders have built their businesses on the backs of hardworking Americans. They design loans that are nearly impossible for most people to pay back in full on time. By building in exorbitant fees to simply extend the term of a loan, lenders collect upwards of 300 percent interest on these small dollar loans. By setting these traps for unsuspecting borrowers, payday lenders strip millions of dollars from our communities annually. 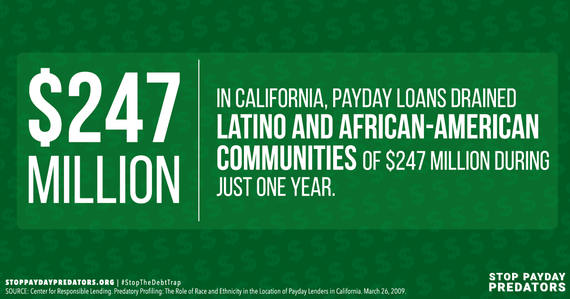 That's why NCLR Action Fund is joining the effort, along with other civil rights groups and consumer advocates, to tell the Consumer Financial Protection Bureau that we support their efforts to rein in predatory payday lenders. It's part of NCLR's Annual Conference this year and we are taking part in an online effort to submit public comments calling for the strongest possible rule. Join us here: http://stoppaydaypredators.org/nclr/ 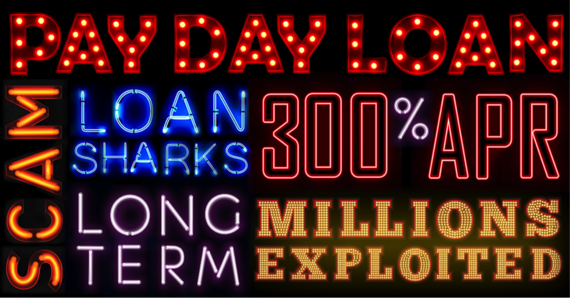