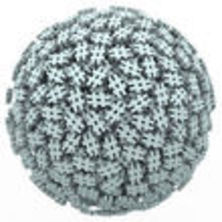 There are a lot of beautiful pictures on Instagram with #nofilter* -- meaning the "photographer" did not alter the picture before posting it. But every time I see #nofilter, I think of my 10-year-old son Evan because, well, he has no filter. It's part of his autism.

If he thinks something, he says it. If it's on his mind, it's out of his mouth.

Sometimes what he says is totally inappropriate or offensive. But there are times when he says the sweetest or funniest things, too.

Recently we went to Canada to celebrate my Aunt Sayde's 100th birthday, and we were treated to a healthy combination of everything from seemingly -- but not intentionally -- offensive to sweet and hilarious. This kid had multiple #nofilter moments. He was on a roll.

The first #nofilter moment of the weekend came as we checked into our hotel and were waiting to get on the elevator.

Evan pointed directly at two black men and said, "Look, there's two Samuel Jacksons." They weren't amused. The last time he called an African-American "Samuel Jackson," the guy was beyond flattered, and we all laughed at Evan's favorable comparison. I've since learned that almost any bald man, regardless of skin color, is a potential Samuel Jackson lookalike in the eyes of Evan (although, I did catch him calling a bald white guy Billy Joel).

Later that night, someone from housekeeping came to deliver a set of clean "cheats" (sheets). Evan innocently asked, "What are cheats?" His brother and sister, Noah and Jessica, either knew what he meant despite the accent, or they at least knew better than to ask.

On the way home from Canada, we stopped for a bathroom break at a highway rest stop. Evan casually approached a Hispanic man -- at a urinal -- and asked if he wanted any "cheeeps" (chips). Was Evan repeating something he saw on TV? Did the man remind him of someone with an accent he once heard asking for chips? I have no idea. I do know he wasn't trying to be offensive. He was just trying to start a conversation -- at the urinal.

Evan last saw Aunt Sayde more than two years ago at my grandmother's funeral. Aunt Sayde has three daughters, nine grandchildren and 14 great-grandchildren. Evan met most of them for the first time last weekend and was super excited to have a new audience.

Evan greeted his great, great aunt with the biggest, one of the most loving hugs I've seen. "Do you remember Aunt Sayde?" I asked as we approached her.

After wishing her a happy birthday, Evan looked with sad eyes at the centenarian and very sincerely said, "Aunt Sayde, I don't want you to die."

I think it's sweet that Evan told Aunt Sayde exactly how he felt (even though she didn't hear him). I'm sure my aunt thinks about her mortality, too, and would not have been the least offended about his unique expression of love. Evan said what each one of us was thinking as we contemplated the milestone birthday being celebrated.

Shortly after the podium was empty and while we were socializing with cousins we hadn't seen in years, Evan's voice suddenly filled the banquet room. Like the great and powerful Oz, he could be heard clearly but not seen. The large podium was a perfect hiding place behind which Evan address a captive audience.

When I heard him, I thought for sure he was going to tell everyone not to clap or cheer after singing "Happy Birthday," and that he would insist that the lights stay on while the candles were lit. He's always had issues with birthday parties and isn't shy about making his demands known.

"Happy birthday, Aunt Sayde," he said, without a hint of shyness. "I love you very much, and I hope you have the happiest birthday."

Why does Evan lack the ability to filter his thoughts? I don't completely know. Obviously, it's part of his autism. But should he have to filter his thoughts, or is it okay for him to say what's on his mind? He never means to be offensive. I think he's expressing himself in the only way he know how. Plus, he likes attention. He likes making people laugh, and he's experimenting with ways to do it.

For those of us who know and love Evan, we get it. But it's the guys in the elevator, the guy delivering the sheets and the man at the urinal who don't understand.

We typically do not offer an explanation for Evan's comments (unless someone appears offended) because most people don't seem to care about the behavior of a child don't know. We know that Evan doesn't have a mean cell -- let alone bone -- in his body. He just sees the world and interacts with it differently than we do. He says what he thinks.


*For the not so tech-savvy readers (mom and dad), a hashtag, while identical to a tic-tac-toe board and a number sign, is simply a way to search social media sites like Twitter and Instagram fora common topiclike #beaches or #puppies.

Voting Made Easy
Register to vote and apply for an absentee ballot today
Register now
More:
ParentsAutismParenting
Newsletter Sign Up
Raise the kind of person you'd like to know
Subscribe to our parenting newsletter.
Successfully Subscribed!
Realness delivered to your inbox