Tens of thousands of Iraqis continue to be displaced fleeing violence, desperate for food, in areas of the country controlled by hardline armed groups. 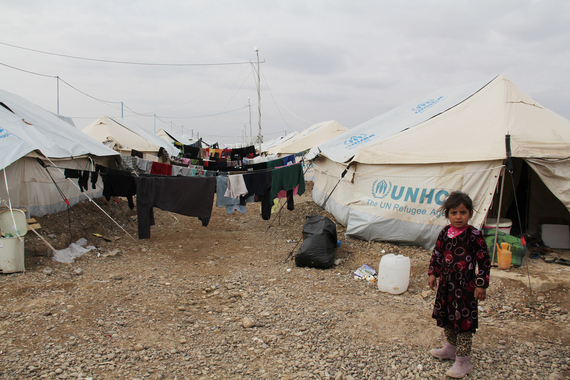 By Bathoul Ahmed and Caroline Gluck

Al Alam camp, Tikrit, Iraq - UNHCR. For two days and one night, Nasser and Anwar travelled by foot with their seven children to escape from armed groups in Hawiga, spending nearly one day crossing a mountain range in the freezing cold. "We only had what we wore", said 37 year-old Nasser, who arrived a day earlier, events still fresh in his mind.

"We walked for 20 hours through the mountains and there were so many mines and IEDs along the way. I counted five or six bodies. It was terrifying".

The family only had bread and water with them. They tried to stay warm at night, huddling together and wrapping themselves with a nylon sheet until reaching the safety of UNHCR's Al Alam camp for displaced Iraqis in Tikrit.

Intensified fighting around Hawiga district is one reason that the family, like tens of thousands of others, decided to flee. More than 60,000 Iraqis have left Hawiga since an intensification of military operations to retake the district began in August. But shortages of food, as a result of soaring prices, is another driving factor, with families describing a worsening humanitarian situation. 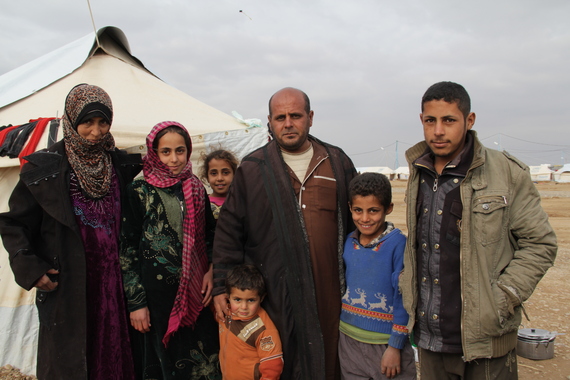 Anwar said her family survived on one basic meal a day for four months. "Food was so expensive and we had no money", she said. "We were eating just one meal a day, a bowl of bulgur wheat. We at like this, surviving for four months."

"People were hungry and living in fear", said Jumah, who fled the city with his wife and three children and is now sheltering in UNHCR's Laylan 2 camp in Kirkuk. "Everything became more expensive. Cooking oil became like gold and not everyone could afford it". Jumah said families had run out of money for food and that fuel for heating was also scarce, making it impossible to stay warm. 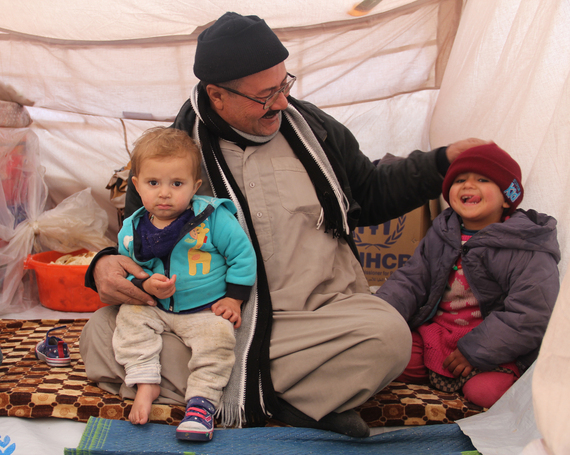 Jumah with his daughter, Sarah, 3, and 18 month old grandson, Samhan. Photo: UNHCR/Bathoul Ahmed Even water was in short supply, said 15 year-old Farah, who is staying in Laylan 2 camp. "Around five months ago, they cut off the water supply to many of the villages. We had no water in our homes.

"We had to go to the river to get water for drinking and so on. If you had no money, you had to drink river water", she said.

Atrocities and brutality against civilians has also been widely reported. Many people described life in Hawiga as living under a reign of terror. Being caught with a phone or a satellite dish could lead to severe punishment; as could violations of strict dress codes.

"The forms of torture they used are unheard of", said Abdullah, another displaced Iraqi who arrived in Laylan 2 camp a week earlier. "You cannot as a human being imagine the kinds of things they were capable of. They would torture people and hang them out like you hang meat at a butchers'", he said.

According to Nasser, the displaced Iraqi in Al Alam camp, strong punishment was meted out as a deterrent to others. "Sometimes they killed people at the door of their home, in front of their family.

"They insisted to keep dead bodies for four days, as a warning to others. I saw this with my own eyes."

Desperate families have been facing stark choices. Mother of five, Sabah, managed to leave Hawiga with her family on her second attempt, travelling with around 100 other people. Even though she risked her life, she said it was a journey worth attempting. "I feared my children would starve. I have five youngsters, all under 11 years old.

"Would you stay and watch your kids cry of hunger?", she asked. "It is easier to try to flee again than to sit and wait for my children to die a slow death".

But while Sabah and family are now safe in Laylan 2 camp, and have received a tent, kitchen items and winter assistance from UNHCR and its partner, anxiety still haunts her. Her father, who is disabled, remains in Hawiga and cannot walk. "If you cannot walk, you cannot leave. You just wait and pray to be rescued", she said.

"If not, you just wait for them to kill you."