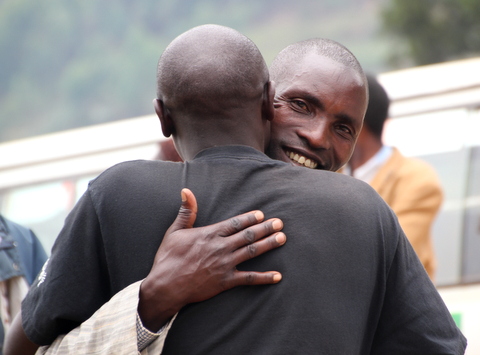 After seven months into my global blogging journey with Heifer International, I've seen a lot of Passing on the Gift ceremonies. Passing on the Gift (where people who have been given an animal are required to give the first-born female of that animal to another person in need) is at the very soul of Heifer. Not only does this double any gift Heifer makes -- it also, and equally importantly, turns a person who has received charity into a charitable giver. Which is a remarkable, powerful transformation.

However, when you've seen a POG a dozen times, you may feel like you've seen it all before. And on my first day in Rwanda I was jet-lagged, worried about my daughter Lulu's 200 mosquito bites, and just kind of going through the motions -- until I downloaded my photos that night in my hotel and saw the absolute beauty of this concept reflected in each face. In fact, I couldn't even tell who was giving the cow and who was getting one. 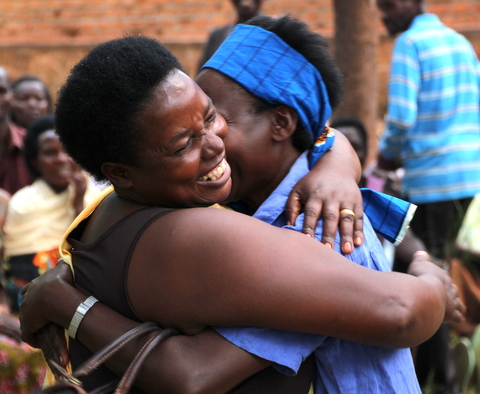 Passing on the gift of a cow to another person takes on great resonance in Rwanda, since this is a cow-loving society (they have many songs dedicated to cows, and I think I heard them all) and every aspect of society is laden with the memory of the genocide of 1994, when Hutus rose up against their Tutsi neighbors and slaughtered over 800,000 men, women and children in cold blood. Trying to rebuild community on that shattered foundation of savagery takes unbelievable discipline and compassion -- which, oddly, is precisely what Passing on the Gift also demands. 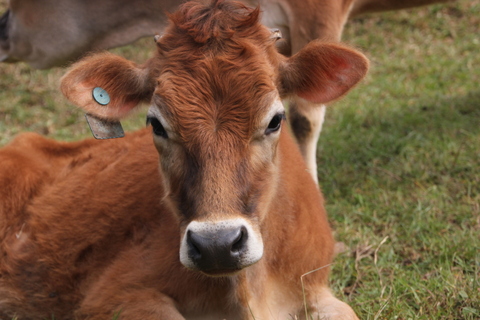 For a poor family to receive a huge asset like a cow and then have to give up its valuable first female baby is really hard -- as hard as it is for farmers to take the time and effort to share what they were taught with a new family: how to build a cow shed, grow forage crops, keep the cow healthy and clean, milk it properly, and know when it's ready to breed. But with the help of Heifer's field techs, that is exactly what people do. 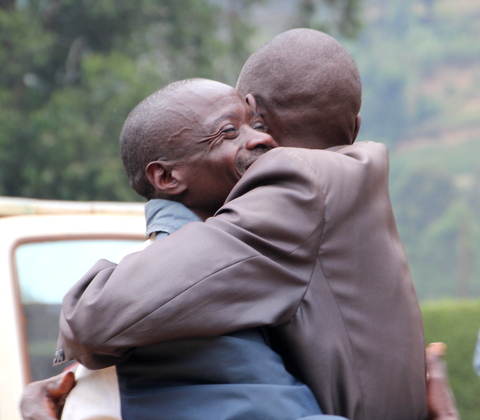 Today in the Northern Province, where some of the longest-lasting fighting occurred, the POG ceremony began and ended with everyone shouting this slogan: "Have peace!" answered by "Unite in reconciliation and uproot the genocide ideology!"

Each recipient then chose a white ticket with the number of a donated heifer, and went home with a cow that will give milk, reproduce, and provide income, nutrition and assets for the family. These neighbors, Tutsi and Hutu alike, will thus be bound together in friendship, responsibility and interdependence -- all through the gift of a cow. And in Heifer's Sustainable Dairy Enterprise Project, this scenario is happening in 1,200 homes across the north and east of Rwanda.

Town by town, and cow by cow... It's such a beautiful thing to witness, I wish you could have been there -- but watch this, and you'll feel like you were!