That's according to a report released Monday by the Economic Policy Institute, examining income inequality by state.

Connecticut -- the state with the highest 1 percent threshold -- happens to also be the state with the worst inequality. There, the top 1 percent of earners make on average about 51 times as much as the bottom 99 percent of earners. At the other end of the spectrum, EPI found that Hawaii has the smallest gap between the 1 percent and the 99 percent, and that the state's richest make only 14.6 times as much as everybody else. In Hawaii, you have to earn $278,718 to be in the top 1 percent.

See what your state's threshold is in the map below. 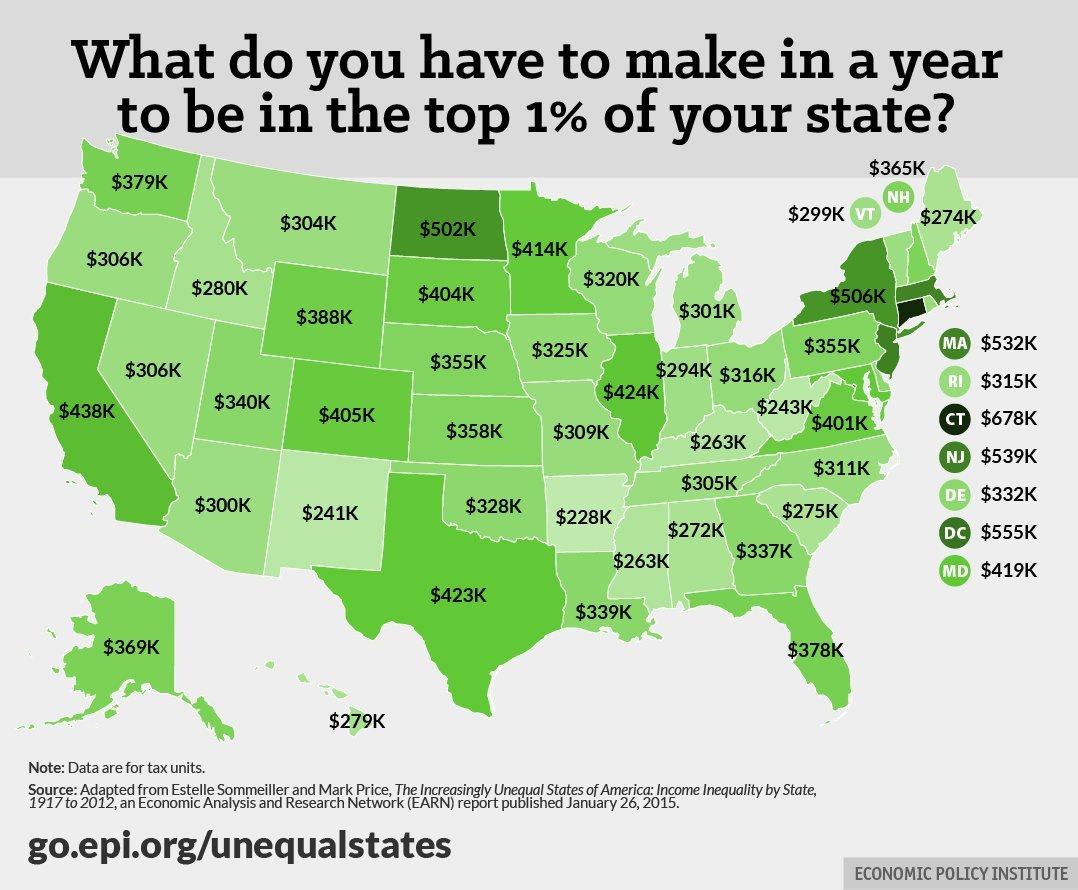