Renovating your kitchen? Take a cue from these 10 glorious spaces, outfitted by the world's top architects and designers. 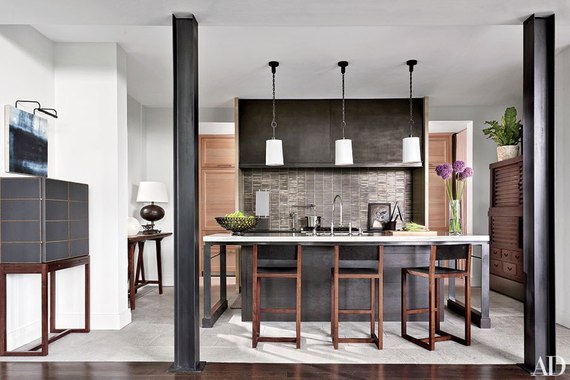 In designer Ray Booth's home outside of Nashville, Tennessee, pendant lights by Roman Thomas are installed above the kitchen island, which Booth created for the space. 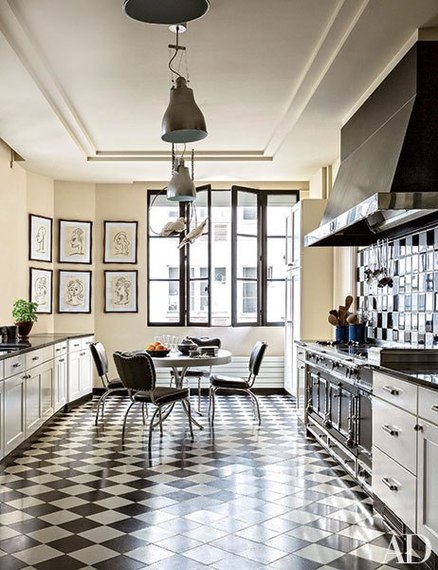 A pair of 19th-century ceramic parrots preside over the kitchen of Linda Pinto's Paris apartment. 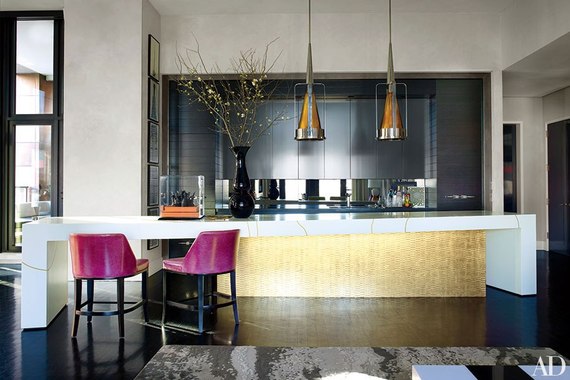 For his New York City kitchen, designer Jamie Drake installed a custom-made island comprising cabinetry finished in gold leaf by the Alpha Workshops and an overlapping table in Corian with gold inlay. 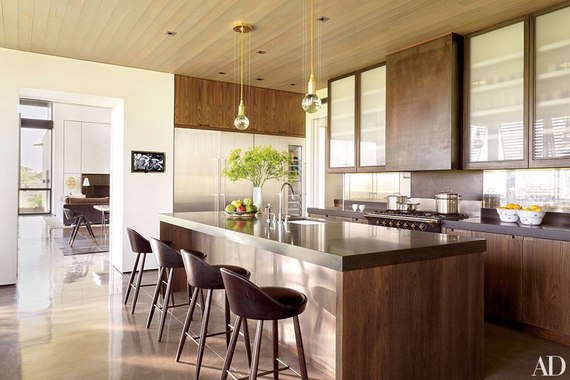 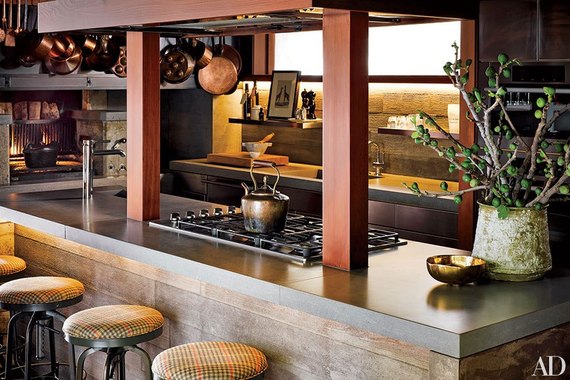 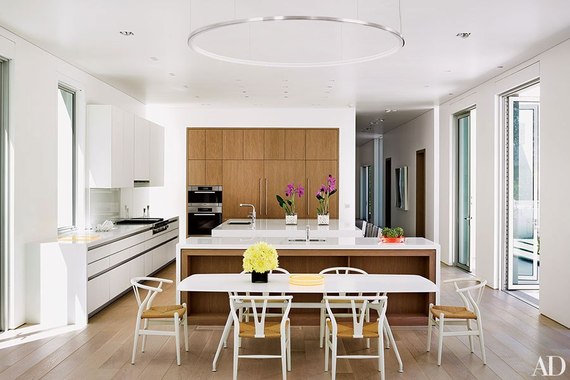 In the combined family room and kitchen of Alexandra von Furstenberg's Los Angeles home, a Rimadesio table is surrounded by Hans J. Wegner chairs by Carl Hansen & Son from Design Within Reach. 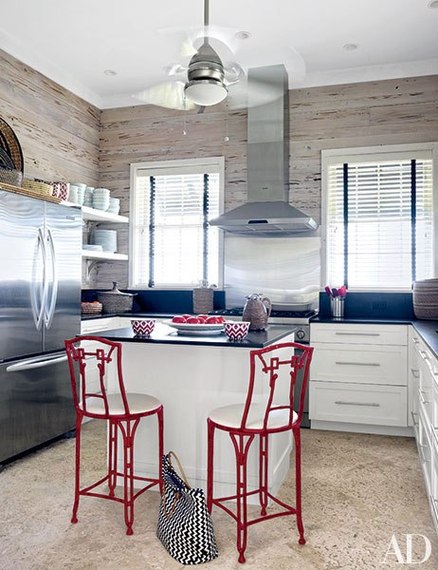 The kitchen of Alessandra Branca's Bahamas retreat is equipped with a Hunter ceiling fan and a Viking range and hood. 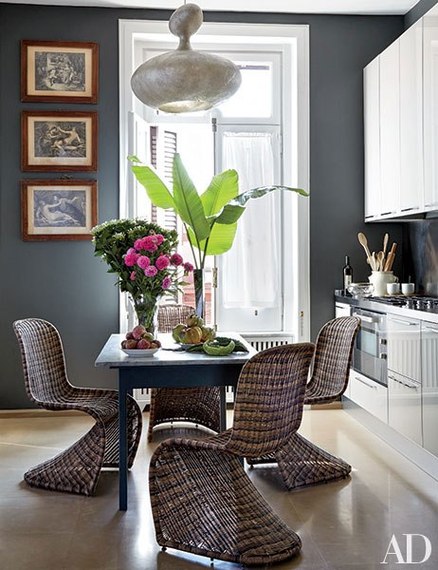 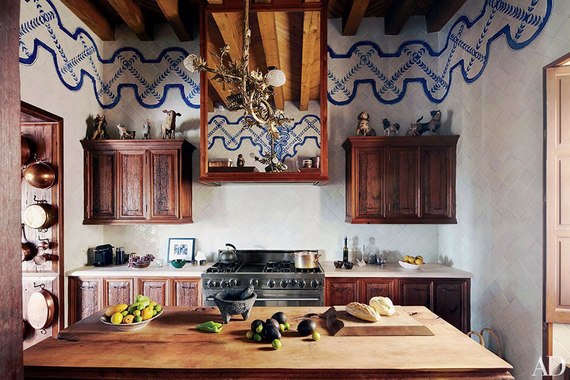 The kitchen of design duo Andrew Fisher and Jeffry Weisman's Mexico home features cabinets made of sabino and reclaimed pine and a Viking range fronted by a sabino-framed mirror. 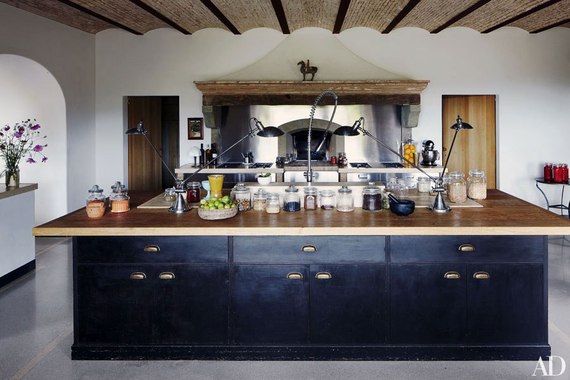