Our beautiful planet is a diverse and resilient place, filled with countless creatures who stir our hearts and imaginations. But sadly, human activities and the global climate change we're precipitating threaten that diversity and resiliency.

In honor of The Huffington Post's 10th anniversary, here are 10 animals you should care about (if you don't already). 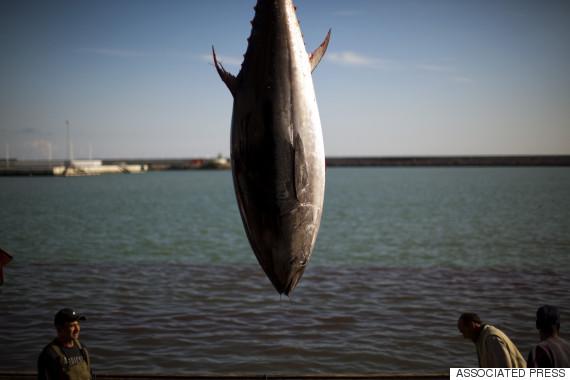 Bluefin tuna, which have been described as the "Ferrari of the ocean," are remarkable creatures. They are fast and efficient swimmers, and the Atlantic species can grow to be 10 feet in length and weigh more than a horse.

They are also a very popular seafood, especially in sushi, and are very valuable commercially. But stocks of all three bluefin species have declined from overfishing. All are now listed as vulnerable, endangered or critically endangered.

In December 2014, Pacific fishing nations reached a consensus agreement on limiting takes of Pacific bluefin to aid conservation efforts. Scientists advising the session of the Western & Pacific Fisheries Commission said that Pacific bluefin populations are at 4 percent of historical numbers. 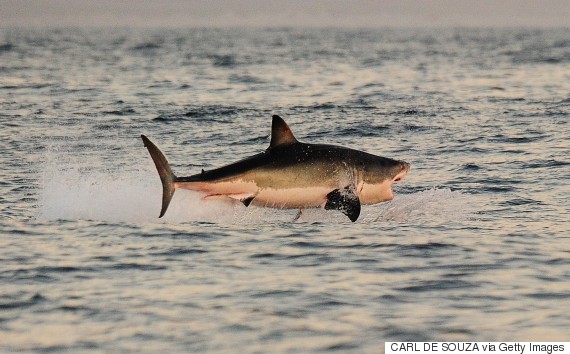 Sharks may conjure up images of bloodthirsty killers like "Jaws," or may remind of us tragic stories about occasional attacks on beach-goers, but the truth is that we kill sharks at a far greater rate than they kill us. On average, only a handful of people die from shark attacks each year. But one 2013 study estimated that humans kill somewhere between 63 million and 273 million sharks every year.

Sharks play an important role as predators in marine ecosystems. But they are often killed for their fins, which are used in a Chinese delicacy known as shark fin soup. Fins are usually more valuable than the rest of the shark and are sliced off before the animals are thrown back into the ocean to die. 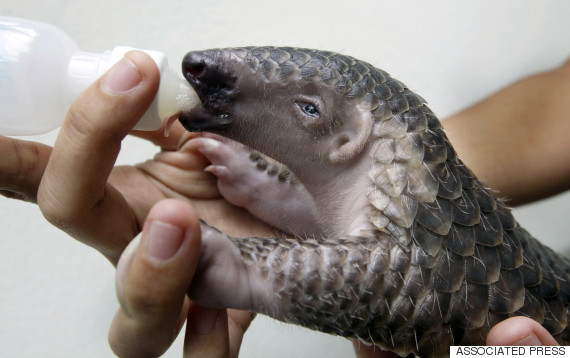 Eight species of pangolins live on two continents, and they're all listed at least as vulnerable or endangered. Also known as scaly anteaters, pangolins are hunted for their meat and scales. The International Union for Conservation of Nature warned last year that pangolins could become extinct if Chinese and Vietnamese demand isn't curtailed.

Earlier this month, Indonesian National Police on the island of Sumatra recovered a shipment of 96 live pangolins, 5 tons of frozen meat and nearly 170 pounds of scales worth $1.8 million that were headed to the black market. 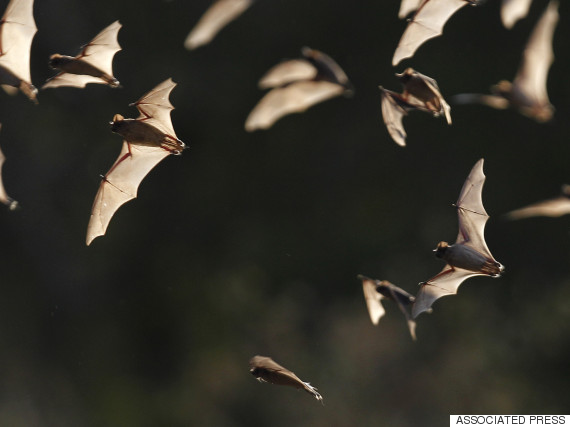 Bats eat a lot of insects and provide billions of dollars in economic benefit to the U.S. agriculture industry. But a new disease is wiping out million of bats in the U.S. Known as white nose syndrome, the illness causes bats to use up too much energy while they hibernate and die.

Scientists recently discovered that a naturally occurring bacteria found on some bats may help to inhibit the growth of white nose in the future. 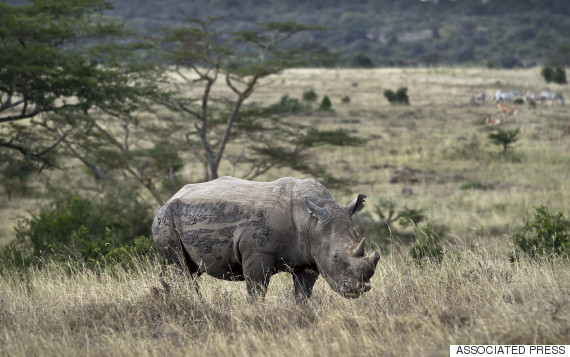 Rhino populations have dropped dramatically in recent years, mostly because of rampant poaching. The animals are killed for their horns, which are ground up and used in traditional medicine in some Asian countries. This, despite the fact that the horns are made of keratin -- the same compound in fingernails or hair -- and offer no real medical benefit.

More than a thousand rhinos were killed illegally in South Africa alone last year, up 21 percent from 2013, according to the country's Department of Environmental Affairs. It is estimated that roughly half a million rhinos lived in Africa and Asia a century ago, but the population has dropped to only about 29,000 in the wild today.

One subspecies of the white rhinoceros, the northern white rhino, is critically endangered. Only one male remains, and he is now under 24-hour armed guard at a game conservancy in Kenya. 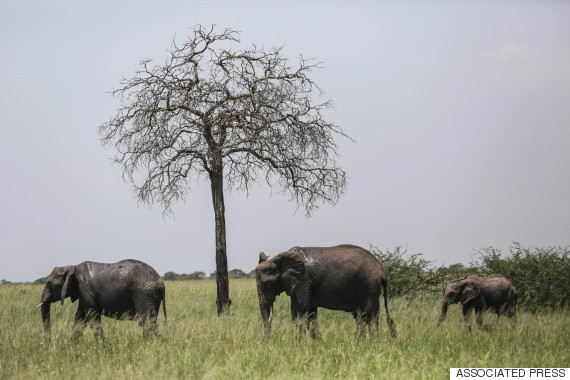 Elephants have also been victims of the poaching crisis. A 2014 study published in the Proceedings of the National Academy of Sciences found that around 100,000 African elephants were poached between 2010 and 2012. The illegal killing of around 40,000 elephants in 2011 alone probably reduced the African species by 3 percent, researchers found.

Elephant poaching is fueled by the illegal ivory trade, with high demand in China and Southeast Asia. Despite crackdowns, a recent report found that the ivory trade is still thriving in the U.S. on online sites like Craigslist. 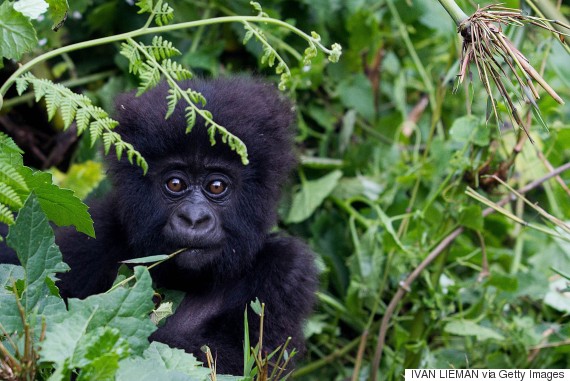 These charismatic animals are important parts of their ecosystems. They are also one of the most threatened primates: Of the two gorilla species, one is endangered while the other is critically endangered.

As many as 100,000 western lowland gorillas may still be alive, but the mountain gorilla subspecies numbers as few as 880 individuals.

The apes are threatened by habitat loss and deforestation from logging, but are also poached for their meat and as trophies. 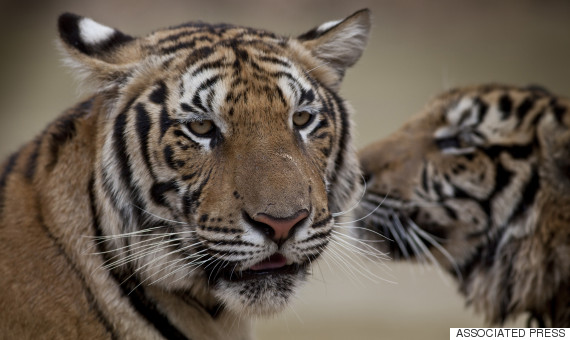 Tigers are some of the most beautiful big cats, but have suffered a cruel fate at the hands of humans. There may be as few as 3,200 wild tigers left in the world today, a 97 percent decline in just over a century, according to the World Wildlife Fund.

Tigers are illegally poached for their body parts, which are used in traditional medicine. Habitat loss and climate change also pose threats to their survival. 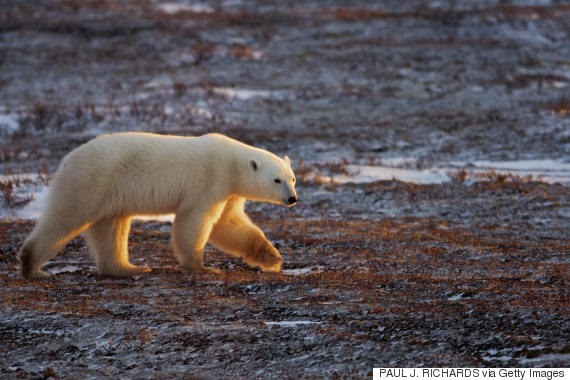 An estimated 20,000 to 25,000 polar bears are left in the wild, mostly in Canada, but the species is listed as vulnerable.

Arctic warming, made worse by greenhouse gas emissions from human activities, is one of the biggest threats to the bears. A warmer Arctic region means less sea ice for the bears to roam in their hunt for seals. More open water also means more drownings and reduced cub survival.

Polar bears may also be a canary in the coal mine: The Arctic plays a part in regulating the Earth's climate, according to NASA, and changes there could impact more moderate latitudes in the future.

Bees And Other Pollinators 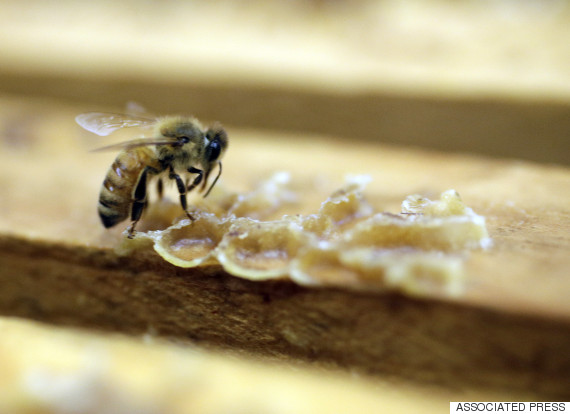 Bees provide an essential service, pollinating many of the fruits and vegetables we eat. U.S. honey bee populations have struggled in recent years, due to a problem known as colony collapse disorder. Pesticides, an invasive mite, declining biodiversity and other factors have been blamed, but researchers have yet to identify any single key factor behind the problem.

Take a look at these stunning visuals to see what your grocery store or your salad bar would look like without bees.

The list above was presented in no particular, and all of the planet's species are deserving of our care and conservation.