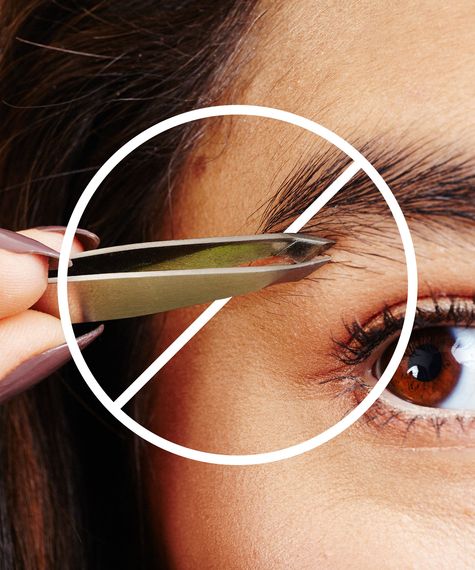 If our beauty routine had an astrological sign, it would be Gemini -- totally two-sided. We love pampering ourselves, taking care of our skin, and experimenting with new makeup and hairstyles. But sometimes, we feel like it takes soooo long and we just can't be bothered. There are mornings we'd rather have more time in bed than blowdrying and nights when we're too tired to deal with the whole washing-toning-moisturizing thing. (Hats off to you, dear cleansing wipe.)

So we've been thinking about streamlining -- rather than skimping. Today, we're cutting the beauty fat. We talked to a handful of skin, nail, hair, and makeup professionals and were surprised to find out just how many superfluous steps we have in our beauty routines (not to mention some that are even doing more harm than good).

In an effort to pare down and save time (and money!), here are 10 things that can be axed from your beauty routine. 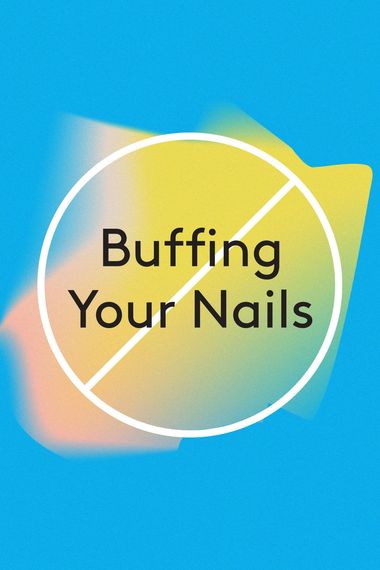 It's time to spring clean your at-home mani kit -- buffer, be gone.

"Buffing the nail is not necessary when applying regular nail polish," says Honey Artist manicurist Alex McCormick. "Nail polish adheres to the nail best when it's a smooth, rather than an etched, surface. Also, constant buffing of the nail for every manicure will cause your nails to thin out. So file and push your cuticles, but skip the buffing." 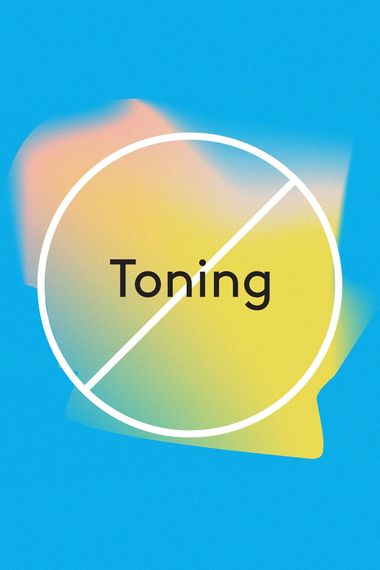 While many are still divided on this topic, all four dermatologists we interviewed had the same thing to say about toners: You don't really need 'em.

"Toners are a complete waste of time," says Austin-based dermatologist Ted Lain, MD. "Toners came into fashion when facial cleansers were not pH-balanced, leaving an acidic residue on the skin that toners then balanced. Now, however, cleansers are completely balanced, so using a toner is unnecessary."

Dermatologist Hadley King, MD, of Skinney Med Spa, adds: "[Toners] may, at times, include an active ingredient that you are seeking, like salicylic acid for acne-prone skin. But most of the time, I do not think they are adding a lot of value -- and because many of them are alcohol-based, they end up doing more harm than good, because they dry out your skin." 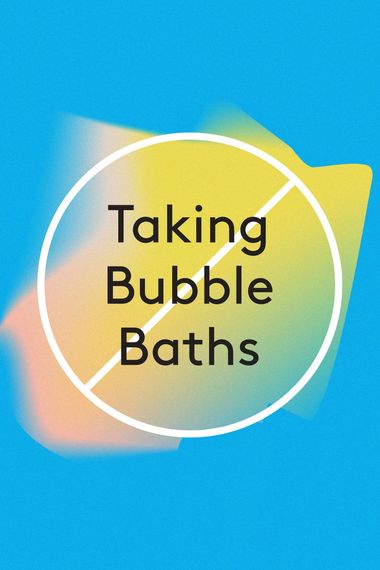 We understand the power of a good bath -- and we'd never take that away from you. But those bubbles aren't doing you any favors.

"Bubble baths typically contain drying soap and alcohol, which strip your skin of moisture," says dermatologist David E. Bank, MD. "All the irritants in the detergents used to make bubbles can possibly dry and irritate the skin. Instead, it's best to use a product that includes skin-soothing ingredients, like honey, oatmeal, or milk." 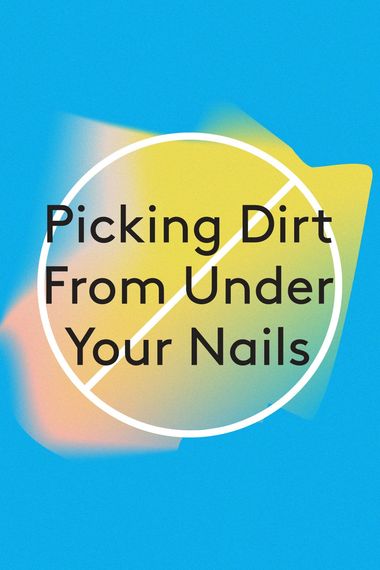 One thing people should completely stop doing is picking under their nails to remove pesky dirt -- especially if you have short nail beds.

Not only is it a waste of time, but this irritates the skin under the nail and could result in even shorter nail beds, explains McCormick. "The best way to clean out dirt is with alcohol and a disposable mascara wand -- it acts like a little scrubber and works very well," she says.

For the really hard to get stuff, she suggests taking a bar of soap and gently scratching it with your nails. Then, wash your hands. The dirt will dissolve along with the soap. 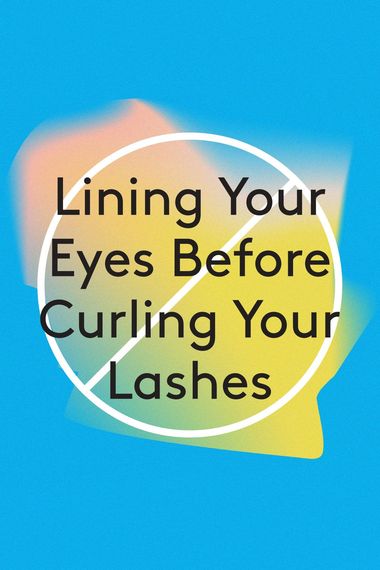 Do you line your eyes? Do you curl your lashes? Don't worry, we aren't telling you to stop doing either. But if you're doing them in that order, it may be a waste of your time.

Kelli Bartlett, director of makeup artistry for Glamsquad, says that if you're curling the lash after you line, you'll just end up just taking the liner off with the release of the curler. Looks like it's time to switch things up!

For the rest of our tips, visit Refinery29.