Nearly two years since the Great Recession officially ended, the housing market still shows few signs of picking up. And it could get worse before it gets better.

Looking farther back, home prices have now hit their lowest point in two years, falling 0.7 percent below March 2009 levels, according to a recent report by Clear Capital. And that finding, the report contends, would seem to indicate that the housing market has all but officially double dipped.

The continued decline of the housing market shows few signs of letting up. Compared to this point last year, Clear Capital reports, home prices have dropped by 5 percent nationally. In just the last nine months, housing prices fell 11.5 percent, the fastest rate of decline since 2008.

Other data tell a similar story. Home prices fells in more than three-quarters of U.S. cities in the first quarter of the year, the National Association of Realtors said on Tuesday. And the percentage of single-family households now underwater, meaning the borrowers owe more than their house is worth, has reached 28.4 percent, according to Zillow.

The growing percentage of properties now owned by lenders following unsuccessful foreclosure auctions is also a reason for concern. Known as real estate owned (REO) houses, the number of these properties have risen sharply to 34.5 percent nationally from around 20 percent in mid-2010. The last comparable rise in REO properties was in 2008, when the percentage spiked by around ten percent to 32 percent. That's high, but not higher than the current situation.

Below are the cities who've seen the greatest quarter over quarter decline in home prices according to Clear Capital.

PHOTO GALLERY
10 Cities Where Real Estate Is Struggling The Most
Download
Calling all HuffPost superfans!
Sign up for membership to become a founding member and help shape HuffPost's next chapter
Join HuffPost 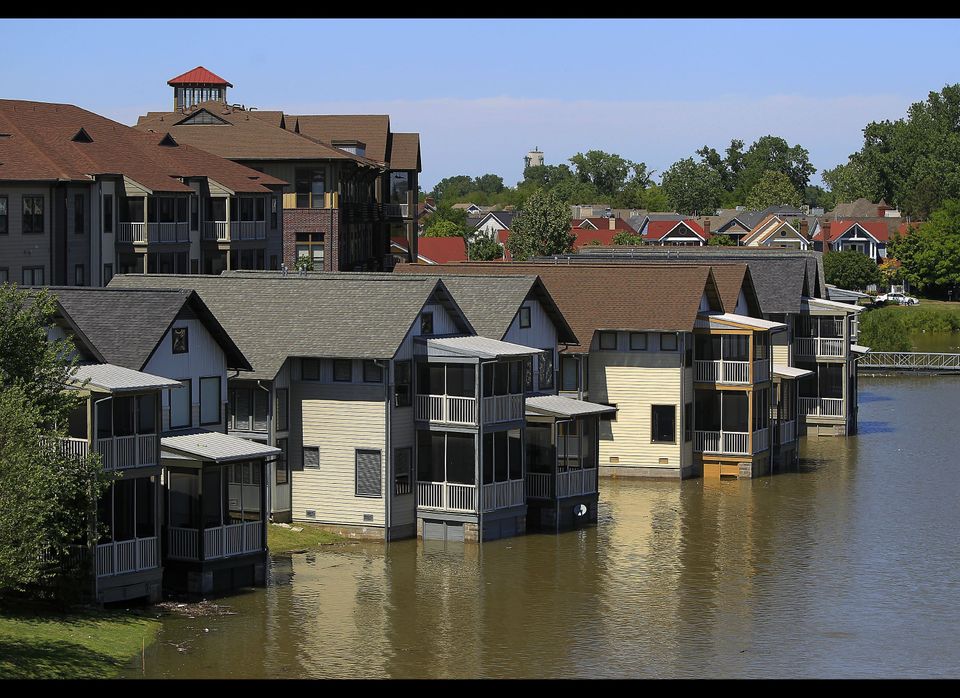