There are a number of celebrities who quietly choose from the canon of traditional names -- not the trendier classics like Beatrice and Charlotte, but the solid, historic stalwarts, the most established of the perennial classics. Which makes them almost surprising picks these days.

The new son of Benedict Cumberbatch and Sophie Hunter is named Christopher Carlton. Christopher is the name of a character Cumberbatch played in a Tom Stoppard play, and Carlton is a family middle name that Benedict, his dad and grandfather all share. The name Christopher was second only to Michael for 16 years straight beginning in 1979, and it is now at number 26.

Czech model Eva Herzigova is a clear fan of classics -- she has a George and a Philipe as well as an Edward. Popular in England since the Norman Conquest of 1066, with a substantial royal heritage, Edward was a top ten name in the U.S. until the 1930s, and recently came back into the limelight thanks to Twilight’s Edward Cullen.

The young Prince George of Cambridge has brought a cute, cuddly, chubby-cheeked image back to this regal classic that’s been shared by six British kings. In the U.S. top 10 until 1940, it has now fallen to 157, though little Georgie may reverse that tide -- it’s now number seven in England. Zac Hanson is latest celebrity parent of a George, but Tina Brown and Kristin Scott Thomas also used it for their sons.

We’ve said it before and we’ll say it again: Jane is not plain. This short, one-syllable classic choice of Jimmy Kimmel and his wife (who also have a daughter named Katherine) is a rare combination of sweetness and strength. Once so common it became generic (as in Jane Doe), Jane is now down at number 322 -- though it’s in the Top 50 on Nameberry.

Actress Bridget Moynahan (born Kathryn Bridget) went triple classic when she named her son John Edward Thomas. Now at number 27, this most archetypal of traditional English names, after being in the top 10 for well over one hundred years, has dropped to number 26. Other celebrity parents who went this well-traveled route include Michelle Pfeiffer, Denzel Washington and Rob Lowe.

After picking the elegantly vintage Arabella Rose for her first child, Ivanka Trump went much more conservative with son Joseph Frederick’s name. Biblical, multi-cultural and classic, Joseph has always been in the top echelons of the popularity list, now in 20th place.

James Marsden’s daughter Mary James was named for her mother, born Mary Elizabeth but called Lisa. Marsden’s classically-named family also includes son William, father James, sister Elizabeth and brother Robert. The venerated New Testament Mary was the top girls’ name from before records were kept through 1947, when she was toppled by Linda, but it has since dropped precipitously to 120.

Although Owen Wilson honored his father by naming his son Robert after him, the boy is called by his middle name, Ford. Robert has been a common English name since the Middle Ages, a top 10 choice in the U.S. for 110 years straight.

Since both Jack Black and his father were born with the name Thomas, it's clear where his second son Thomas’s name came from. Another of the most enduring male classics, Thomas was a top 10 name for over a century.

Another classic name chosen by James Marsden (for his third child), William was second only to John in the English-speaking world for centuries, and popular Prince William has added some contemporary charm. Mary-Louise Parker and Colin Firth have also chosen the moniker for their respective sons. It’s a popular Nameberry classic as well, standing at number 18. 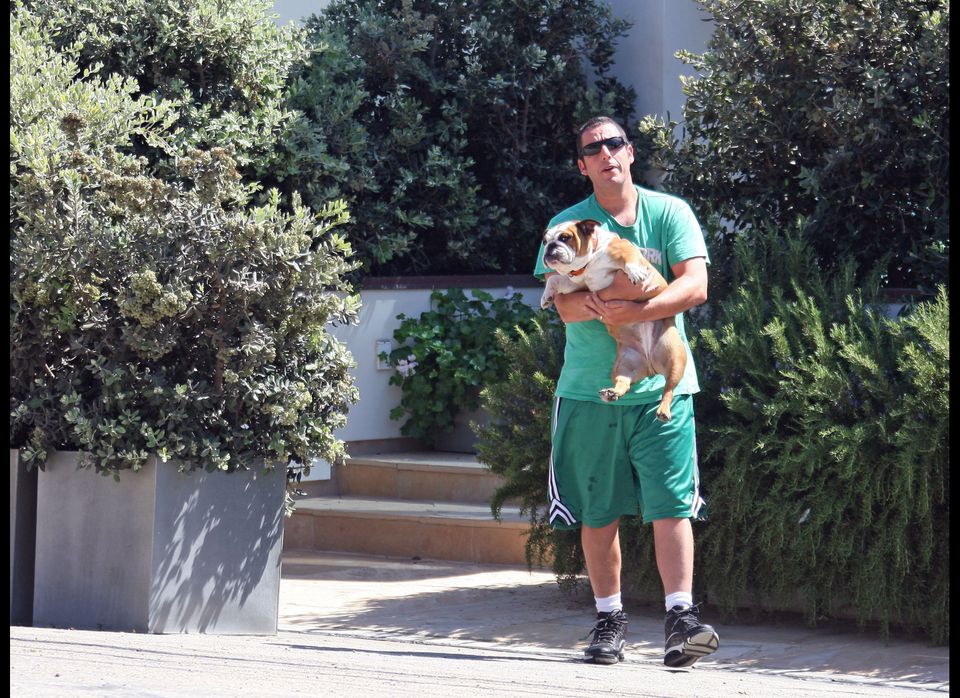