No one ever became a great leader without first becoming a great communicator. 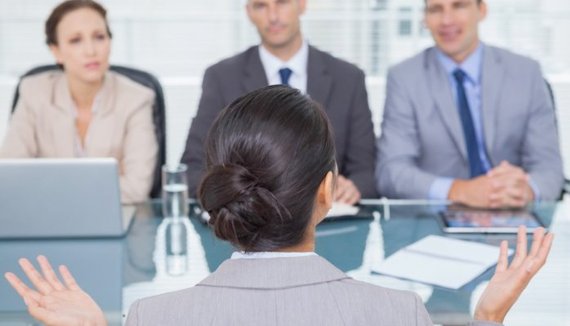 Great leaders connect with people on an emotional level every time they speak. Their words inspire others to achieve more than they ever thought possible.

Great communicators are intentional about it, and there are 10 secrets they rely on to deliver a powerful message. Put these secrets to work in your communication and watch your influence soar.

1. They Know Their Audience

Great communicators don't worry about sounding important, showing off their expertise, or boosting their own egos. Instead, they think about what people need to hear, and how they can deliver this message so that people will be able to hear it. This doesn't mean that leaders tell people what they want to hear. Quite the opposite­--they tell people what's important for them to know, even if it's bad news.

2. They Are Experts In Body Language

Great communicators are constantly tracking people's reactions to their message. They are quick to pick up on cues like facial expressions and body language because they know this is the only feedback many people will give them. Great communicators use this expertise to tailor their message on the fly and adjust their communication style as needed.

The best leaders know that for communication to be effective it has to be real. They can't have people parsing every word trying to separate fact from spin. When great communicators can't share certain information, they come right out and say it because makeshift, half-truth answers breed distrust and anxiety. In good times and bad, honesty builds trust.

Great communicators don't try to be someone they're not just because they've stepped behind a podium. There's a reason Mark Zuckerberg presented Facebook to investors in a hoodie and jeans. Great leaders know that when they stay true to who they are, people gravitate to their message. They also know the opposite happens when leaders put on an act.

5. They Speak With Authority

Great communicators don't try to cover their backs by being ambiguous, wishy-washy, or unassertive. Instead, they stick their necks out and speak very directly about how things are and how they need to be.

6. They Speak To Groups As Individuals

Leaders rarely have the luxury of speaking to one person at a time. Whether it's a huddle around a conference table or an overflowing auditorium, great leaders know how to work the room and make every single person feel as if he or she is being spoken to directly.

7. They Have Ears (And They Use Them)

Great leaders know that communication is a two-way street and what they hear is often more important than what they say. When someone else is speaking, great communicators aren't thinking ahead and planning what they'll say next. Instead, they're actively listening, fully focused on understanding the other person's perspective.

When great leaders make a mistake, they admit it right away. They don't wait for someone else to find and point out their blunder. They model accountability for their words and actions, even when they could have easily "gotten away" with the mistake. And they do it matter-of-factly, without drama or false humility.

The best communicators never assume that the message people heard is the exact same one they intended to deliver. They check in to verify that their message was understood correctly, and, if it was not, they don't blame the audience. Instead, they change things up and try again.

Leaders with the best communication skills don't waste time playing catch-up. They're quick to head off the rumor mill by sharing bad news in a timely manner. They also give clear, concise goals and directions so people don't waste their time heading in the wrong direction.

Great communicators stand out from the crowd. They're honest. They're authentic. They listen. They excel in communication because they value it, and that's the critical first step to becoming a great leader.

What other strategies make for great communication? Please share your thoughts on leadership and communication in the comments section below, as I learn just as much from you as you do from me.