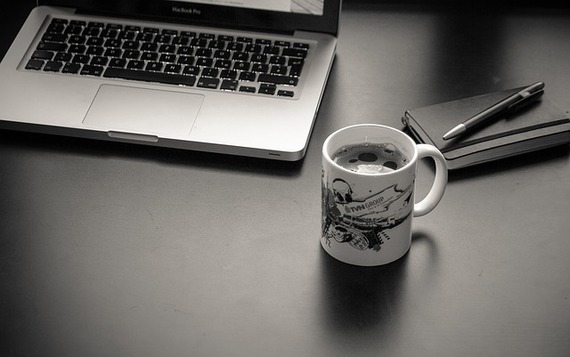 Whether you're in Australia, England, or America; blue-collared, white, or pink, we've all got 24 hours to work with. Success comes down to what we're able to do in those hours. While every entrepreneur would love to keep the sun from setting and adding hours to their day, there are strategies that will help maximize work habits and productivity.

Here are 10 strategies for efficiency and effectiveness:

1. Parkinson's Law
"If you wait until the last minute, it only takes a minute to do" -- Cyril Northcote Parkinson. We've all experienced this law in action struggling for a month to finish a project, then magically getting it done in the final week. Or the house is a mess for weeks, then spotless within a few hours of the in-laws showing up.

The law provides great leverage for efficiency: imposing shorter deadlines for a task, or scheduling an earlier meeting. Find the sweet spot for productive hustle -- rushed work can be a recipe for reckless work.

2. Finding Your Flow
For athletes, it's called being "in the zone" -- when you're so focused that you're numbed out to any distractions. It's a state we can all tap into: writers, musicians, and entrepreneurs.

Mihaly Csikzentmihalyi's research is focused on these flow states that optimize our performance. Here's the specific zone: 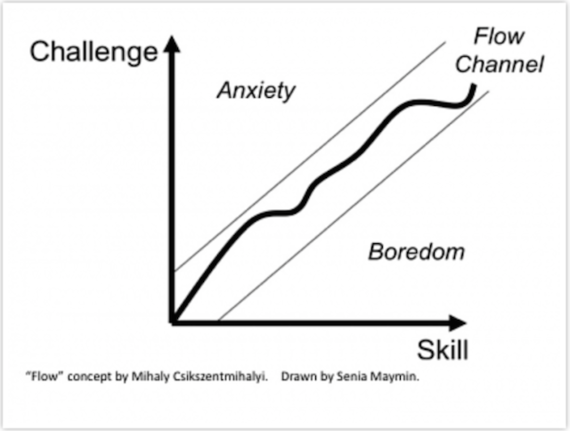 It's finding that balance between challenge and skill. If the task is too challenging and beyond our skill, then we go into anxiety and frustration -- not challenging enough, and we fall into boredom. Stretch yourself, but don't snap. We're at our most efficient when in the zone.

3. Single-Task
There's many compelling cases against multi-tasking -- even folks walking and talking on a cell phone ran into people more often. And to add humor to the study, many failed to notice the clown riding a unicycle.

Telling an entrepreneur not to multi-task however, is like telling a pig to stay out of mud. The truth is, nobody multi-tasks -- the misnomer better termed "task-switching," we jump-around rather than juggle. The problem is ending up with too many open projects, and spreading yourself too thin. A good quote on scaling back is by Alexander Graham Bell: "Concentrate all your thoughts upon the work at hand, the sun's rays do not burn until brought to a focus."

4. The Two-Minute Rule
From David Allen's Getting Things Done, he explains that the most productive people capitalize on the little windows of time opening up during the day. Having an inventory of two-minute tasks on hand whenever windows appear will increase productivity; cleaning out the inbox, checking voicemail, approving a request, builds our efficiency muscles and gets the ball rolling for bigger tasks.

A major cause of procrastination lies in overthinking the next step, Allen says it takes less time to do the action than the time spent thinking about it.

Alertness slumps after lunch as the digestive process saps energy. This analytical disengagement is the best time for novel and creative thinking according to Professor Mareike Wieth.

Three sweet spots for maximizing your efforts: the morning analytic spike, a creative spike after lunch, and a physical spike in the afternoon.

6. Reverse Engineering
Most commonly applied to industrial machinery and computer software, reverse engineering can be applied to different fields, products, and strategies.

It is disassembling and analyzing the components that make up the whole. Efficiency comes not only with seeing how parts relate, but being able to work on aspects out of order. Tim Ferriss notes his rapid mastering of the tango through deconstructing the dance, and learning the female role along with the male.

Expert linguists do the same, breaking a language into pieces and having a bird's-eye view of the most common grammatical structures.

7. The Willpower Trinity
Stanford Professor Kelly McGonigal says the key to hitting goals is understanding the three powers of willpower: I will power, I won't power, and I want power.

• I won't power is to resist temptation -- saying "no" to social media.

• I will power is to choose an alternate behavior -- send a social, but networking email.

• I want power is remembering your why, your end goal -- expanding your career, business, profits.

Willpower is like a muscle; when we fail to reach goals, it's due to solely relying on I won't power -- and we can only say "no" so many times before we crumble. However, bringing in backup, and using all three aspects of willpower will triple the likelihood of success. Resist, replace and remember.

8. 52 and 17
The entrepreneurial hustle makes breaks non-existent. Not only are employees skipping lunch, but feeling guilty for taking short breaks, despite clear cognitive benefits for our fatigued brains.

So what's the perfect work/rest ratio? DeskTime App played big brother, monitoring employees' computer use -- they found the most productive 10 percent worked hard for 52 minutes, then took a break for 17. Indeed our brain's natural rhythms of attention means we can focus for up to 90 minutes, then need roughly 20 minutes rest. Strategic breaks equals efficient work.

9. Power Poses
It'd be preposterous to think simply changing your posture affects productivity -- if it weren't true. Professor Amy Cuddy's Ted Talk highlights the psychosomatic and neurological responses caused by our posture. Taking a high-power pose causes an increase in testosterone (confidence, assertiveness, energy) and a decrease in cortisol (stress, anxiety, nervousness). A confident, testosterone-perked person is much more productive than a cortisol-crippled stressed person. 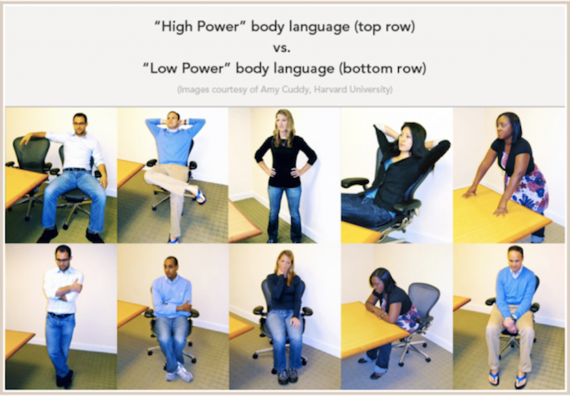 10. Validated progress
A good warning from Eric Ries: "If we're building the wrong product really efficiently, it's like we're driving our car off a cliff and bragging about our awesome gas mileage."

Along the same stream of the Sharpe ratio's risk/return measures in finance, and the "minimum viable product" in the tech world, the strategy is about being calculated and conscious in our efforts -- with a flexible, rather than fixed process and goal. It's being productive and ready to pivot, rather than simply charging full-steam ahead.

Case-in-point: Nick Swinmurn's startup of Zappos. He validated his idea without blowing cash by first going to a shoe store, taking photos and posting them online. Then when sales came in, he went and bought the shoes. He didn't need to pivot, just preserver.