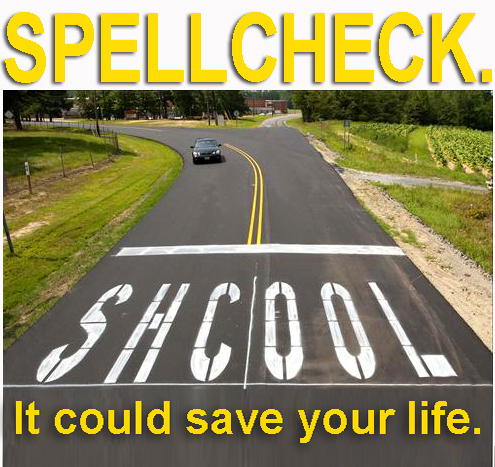 While the earth was still magma, and I was in journalism school, there were certain rules by which we lived, and much of that priceless info came from a bible of sorts--the Associated Press Stylebook. (Cue the seraphim!) This essential tome includes everything you need to know about grammar, punctuation, syntax, and life! (Nowhere does it say a writer is not allowed a little exaggerative license.)

1. Get the Associated Press Stylebook. Best investment ever if you're determined to have people take your written word seriously. AP style, as it is lovingly referred to, is a standardized way of writing everything from dates to street addresses to job titles, and for-the-love-of-Mike, the correct number of spaces between sentences. Hint: it's ONE!

2. Use one space between sentences and punctuation. The reason for the one space rule is explained below, from the book The PC is Not a Typewriter by Robin Williams. (Unrelated to the comedian who might arguably have committed suicide over the persistence of people who use two spaces between sentences. Too soon? Sorry.)

"Why was it necessary to have two spaces between sentences when using a typewriter? On a typewriter, all the characters were mono-spaced; that is, they each took up an equal amount of space. The letter "i" occupied as much space as the letter "m." Because characters were monospaced, inserting two spaces after periods helped to visually separate one sentence from the next.

Computer fonts have characters that are proportional--the letter "i" takes up about one-fifth the space of the letter "m." So you no longer need extra spaces to separate sentences. In fact, if you insert two spaces between sentences, you will see unwanted white spaces in a block of text."

3. End a sentence with a preposition if it makes you happy. Contrary to every persnickety fusspot you have ever met who insists that you are lower than a single-celled organism if you end a sentence with a preposition, there is absolutely no such rule. It was literally made up in the 1600s by a cranky English teacher with a too-tight bun. Winston Churchill was not one to take that lying down. Supposedly an editor had clumsily rearranged one of Churchill's sentences to avoid ending it in a preposition, and the Prime Minister, very proud of his style, scribbled this note in reply: "This is the sort of English up with which I will not put."

Nice work, guv'nor! Where on earth do these non-rules come from? Write.com offers this:

"In the 17th-century some literary panjandrums wanted to make English conform to Latin, which does not permit ending sentences in prepositions. Grammarians and teachers, two groups of people who love themselves some rules, latched on to this diktat--and that was that.

However, English is not Latin, so we're not stuck with the same rules. In fact, most modern literary minds believe it's OK to end a sentence in a preposition. As an editor from the AP style book (the official style guide for Write.com) has explained, 'It's something we'll put up with.'"

Can I get an amen?

4. Do not turn off spellcheck. It is smarter than we are.

5. Use spellcheck. It's right there where the words are.

6. Spellcheck is your best friend. Fighting it is futile. Embrace it.

7. Double check the spelling of proper names. People, products and places, like Llanfairpwllgwyngyllgogerychwyrndrobwllllantysiliogogogoch, Wales. Took 20 minutes, but I'm 85% certain I spelled it correctly.

8. Proof read like Barbara Bush. I like to pretend I'm Babs when I proofread my work. (I met Mrs. Bush when she was FLOTUS. We spoke of things literary. She is Queen of the Sticklers.) You'd be surprised how many typos, grammatical and syntax errors a person catches whilst masquerading as the Bush matriarch. (She accused me of misusing the word "mortified," and she belittled me. When I proofread "through her eyes" I simultaneously bitchslap myself.)

9. Use the thesaurus. It is a staggering resource, but one must administer abstemiousness, forbearance, curtailment and suppression or one will sound like a muttonhead. For real. The thesaurus is a great tool for expanding the vocabulary, but be sure the words you choose sound like they come from you and not your obnoxious brother-in-law from Sheboygan who looks pretentiously over the top of his glasses while spouting $7 words that he mispronounces in an English accent when he gets drunk. 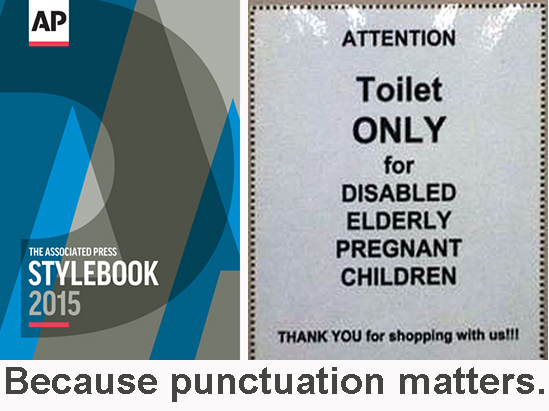