There's a pivotal scene infreethinker Lorraine Hansberry's 1959 playA Raisin in the Sunin which matriarch Lena Younger tries to put the fear of God in her rebellious, politically conscious daughter Beneatha. Beneatha, an Afrocentric atheist, has been mouthing off about God's non-existence and irrelevance, proclaiming "Mama...it's all a matter of ideas and God is just one idea I don't accept...I get so tired of Him getting credit for all the things the human race achieves through its own stubborn effort." Lena responds by slapping Beneatha and making her repeat, "In my mother's house there is still God."

Lena's violent rebuke of Beneatha is a caveat to all the uppity Black female atheists who've been rendered invisible -- both by a white secular culture that only sees atheism through the Islamophobic lens of Richard Dawkins, and a black religious culture that uses heteronormative Christian respectability politics to silence and police women. Decades after the literary slap heard around Black America, to be female, beyond belief and Black (to recast Hansberry's iconic phrase) is still the ultimate betrayal of the race.

Nonetheless, over the past several years, Black women have assumed leadership roles in the secular, humanist and atheist movements. But they continue to be eclipsed by white male gatekeepers whose narrow, often reactionary, view of secular practice and ideology has come to define organized atheism. The challenge is compounded by the prevalence of Jesus-idolatry in mainstream African-American culture (if you're a rapper/singer/actor/politician who doesn't publicly thank god/Father god/Jesus/Him for your success you practically get your race credentials revoked) as well as the relative obscurity of our scholarship on Black women's secular practice. How, then, do Black women go beyond belief, while working within their communities as activists, educators and writers? And how do they connect their humanistic views and atheism to blackness, queerness, feminism, social justice and pushing back on white supremacy? For Women's History month here are ten fierce, unapologetically Black women atheists who are doing just that: 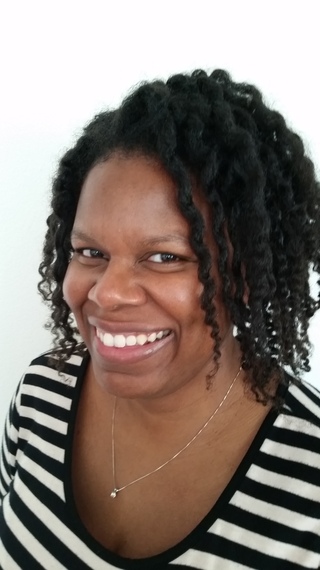 Deanna Adams is the author of the blog "Musings on a Limb," where she expresses her views as an African-American, atheist, professional mom on subjects related to the intersectionality of racism and skepticism.

"I believe the Black church has done great harm to Black women, especially with its misogynistic gender roles that demean us intellectually while using us as workhorses to further the aims of the church/pastor. My goal is to encourage other Black women to break the bondage of the psychological abuse known as religion so we can actively take on the dismantling of the white supremacist patriarchy, which remains because of our learned docility." 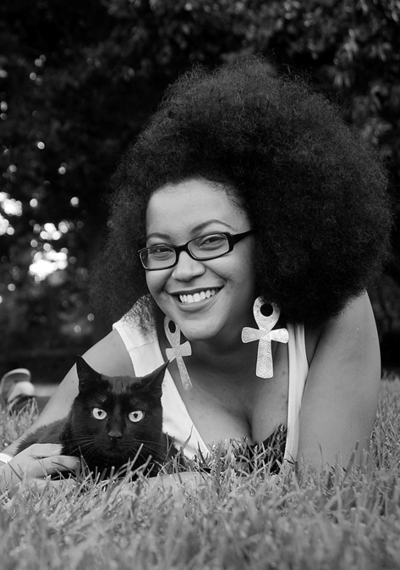 "I describe myself as an 'atheist' to normalize the term among Black and Brown people as many are taught that atheists are white men who 'worship the devil'. As a Black feminist who lives in the Bible belt, I use my voice to create space for other non-religious people who are often shut out of social justice conversations because they are not 'in the church'. It's also critical that we dig deeper and unpack our internalized oppression. We cannot replace white supremacy with Black heterosexism- they are all tools of power and control. ALL Black people must be free, not just 'conscious' heterosexual Black men. Intersectionality or bust." 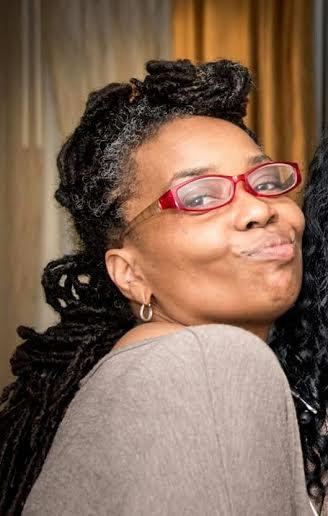 Bridgett "Bria" Crutchfield is an agnostic atheist, secular activist, secular leader, fabulously 40-something out lesbian. She heads the Black Non-Believers of Detroit.

"I am a black woman, lesbian and atheist. I fight for the underdog because no one fought for me. My being an atheist is an integral part of my being and it'll be a cold day in hell before I sweep myself under the rug in order to assuage the masses." 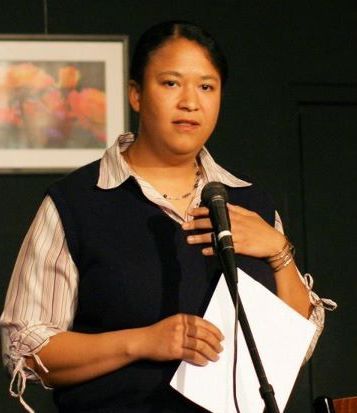 Debbie Goddard is a queer, atheist, secular organizer, skeptical activist. She is vice president of outreach and director of African Americans for Humanism at the Center for Inquiry.

"I see too many good people use religion to defend and shield their prejudice, bigotry, and inaction. As a queer black atheist in America, I know that if things are going to change, then we need to question and challenge those religious attitudes. And we need to take action now, today, in this world, instead of waiting for justice in some imagined afterlife." 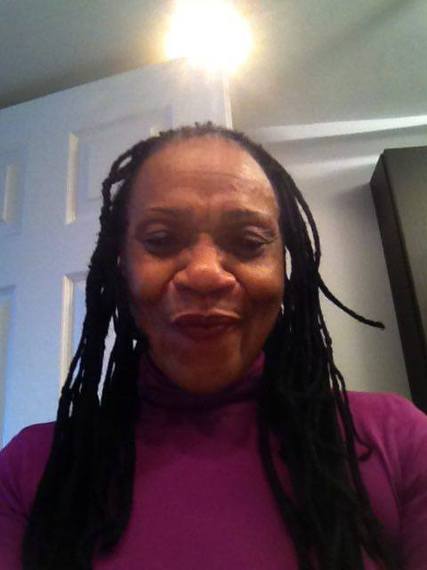 Laurie James, is an atheist "maverick" and accounting administrator

"I spent 30 years in the faith...after struggling with continuous doubt, I finally abandoned the faith. I thought god must be horribly incompetent, sadistical, or just doesn't exist. I concluded he doesn't exist. For me, atheism means freedom; freedom to make my own decision, without the looming of a mythological god that can never be proven." 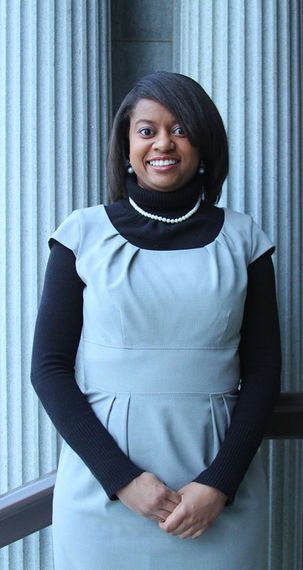 Jimmie Luthuli is a public policy professional and a fighter for the rights of disenfranchised communities. She serves on the board of the Wanda Alston Foundation for LGBTQ homeless youth and is a member of Secular Sistahs of D.C.

"I identify as an atheist because supernatural creatures are not real. More than that, the stories that surround their existence are all too often preposterous, frightening and oppressive. Christianity was forced upon African captives who were kidnapped and enslaved in the Americas." 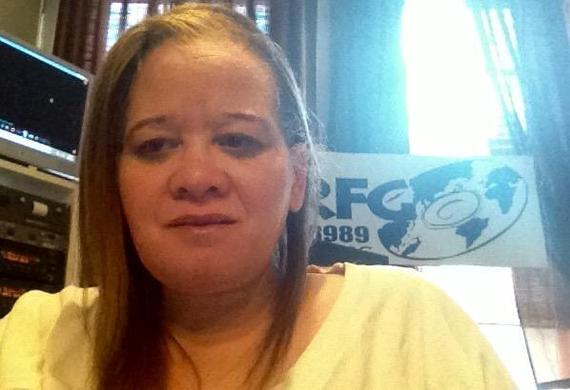 Charone Nix has been a social justice /human rights activist for over 25 years. She is the co-host of the Lambda Radio Report on WRFG, Atlanta.

"As a disabled, queer, poor, feminist, atheist, it became clear to me that believing in a god was believing in invisible forces that work against my own interest." 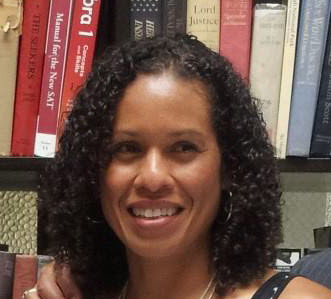 Liz Ross is a member of Black Skeptics Los Angeles and the founder of the Coalition of Vegan Activists of Color.

"I came to identify as an atheist after exploring the question of why there is so much senseless suffering -- including animal suffering -- and challenging white supremacy, patriarchy and anti-LGBT sentiment embedded in religious doctrine and our culture. The experience also played a pivotal role in liberating my mind from negative reflections of myself. Secular-humanist thinking helped me get a better sense of the interconnecting systems that create inequities in the world and reinforced in me the need to get involved in creating social change." 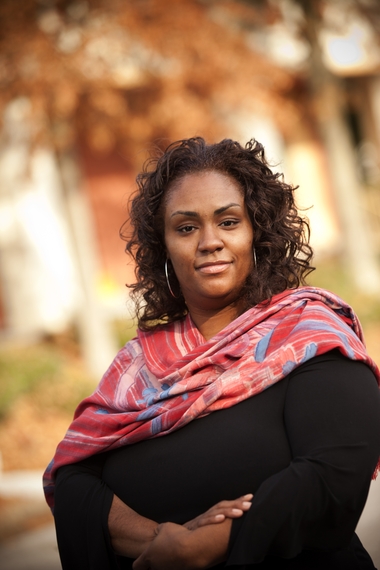 Mandisa Thomas is the founder and President of Black Nonbelievers, Inc.

"I am a Black atheist, and proud of it. Our existence is just as important to the Black community as any other, and there must be a reminder of the diversity that was always present. We can no longer treat atheism like the elephant in the room, even if we don't agree, there should be an understanding that we are here -- and that we aren't going anywhere." 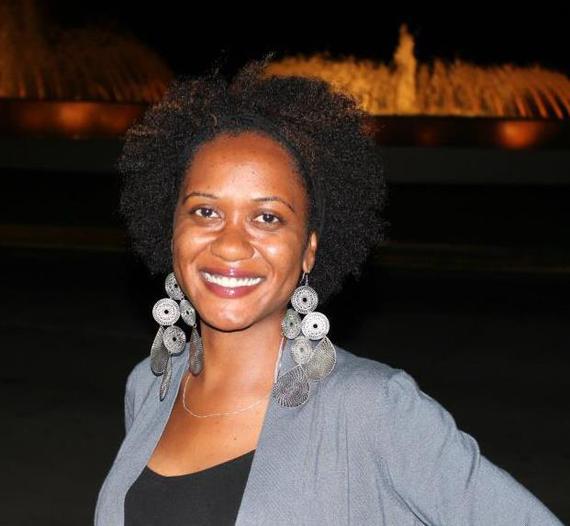 Ayana Williford is a 35 year-old social worker committed to social justice and empowering the black community. She is a member of the Secular Sistahs.

"I identify as a Black female atheist by denouncing all forms of religious doctrine and advocating for other Black women to live freely."