One U.S. city has the highest life expectancy among the nation's 50 largest metropolitan areas. Another has a high percentage of boomers with health insurance. Still other cities boast a large number of hospitals or fitness centers.

After looking at these and other factors important to baby boomers, the American Physical Therapy Association (APTA) -- in conjunction with The Huffington Post -- revealed the "Top 10 Fittest Baby Boomer Cities In America."

The cities were identified based on a survey evaluating factors that contribute to a fit and active lifestyle as people age. Take a look: 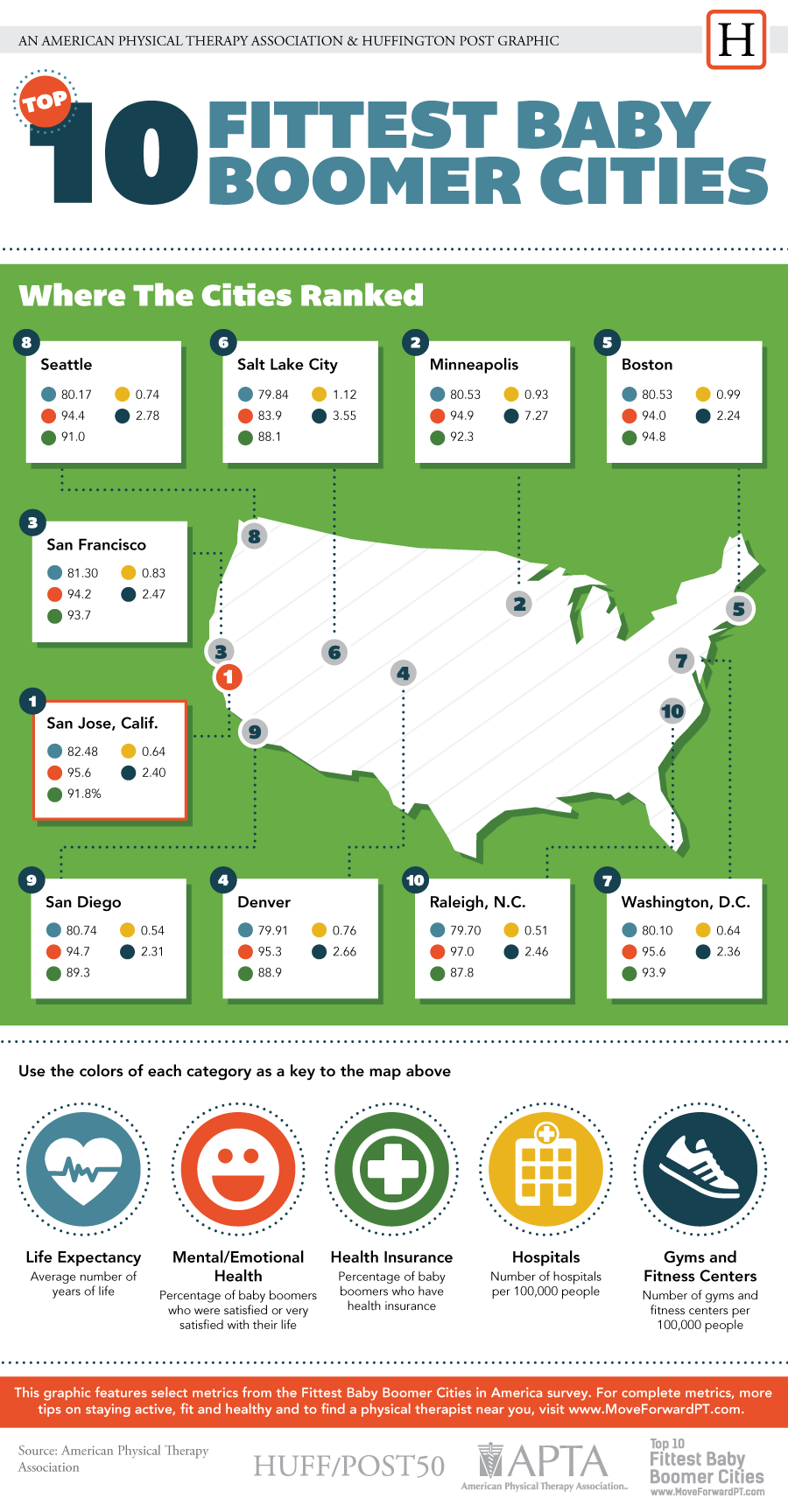 Coming out on top was San Jose, Calif., where 95.6 percent of those surveyed said they were either "satisfied" or "very satisfied" with their lives.

The other nine cities were, in order:

Alice Bell, a physical therapist and spokesperson for APTA, said that at one point, Americans may have accepted reduced mobility or weight gain as a normal part of aging. But today's baby boomers have transformed those expectations.

While other studies on healthy places to live exist, Bell pointed out that this is the first survey to examine cities in the United States best suited to helping baby boomers stay healthy and fit as they age.

Bell said that the study scored the nation's 50 largest metro areas in two main categories: the health and fitness of their boomer residents and the indicators which help promote a healthy lifestyle. The health and fitness category used metrics such as the area's life expectancy, percentage of residents with health insurance and resources such as hospitals and medical care. The lifestyle category measured area residents' mental and emotional wellbeing, availability of recreation resources and mass transit options.

She noted that, wherever possible, data was used which specifically measured the target demographic of adults over the age of 50.