Halloween. The one night of the year when it’s totally acceptable to be inappropriate and downright hilarious. For midlifers, it’s your one chance to throw caution to the wind, shock your kids ― and your neighbors ― and dress up however you want. We say, go big or go home.

Whether it’s nostalgia or just a little humor you prefer, we found the best costumes to rock one of our favorite holidays later this month.

When your costume isn’t all that far from reality...

I'm having an internal conflict about my parents Halloween costume pic.twitter.com/bPiGUXF4QX

Their kids will probably have nightmares for years to come.

My parents Halloween costumes I guarantee are better than yours pic.twitter.com/XcDr7WQnUS

Flo From Progressive And Jake From State Farm

My parents had the best Halloween costume😂 Flo and Jake from State Farm pic.twitter.com/syFgvwBrfg

Making my parents wear a sexually suggestive Halloween costume was the best decision of my life pic.twitter.com/6MfxOla4W9

Down with the lingo.

Because my parents halloween costume of wine and cheese was 1000 times better then mine 💗🍷 pic.twitter.com/rglO8U0r2V

Hugh Hefner And His Playboy Bunnies

I call this a montage of why I'm scarred by my parents due to their Halloween costumes #winemom pic.twitter.com/Jmjdl7BfJO

This will haunt your kids forever.

Or Fred and Ethel for the bickering couple.

@MattJMuenster my mom was the leg lamp for Halloween pic.twitter.com/mvrzj1Sw7t 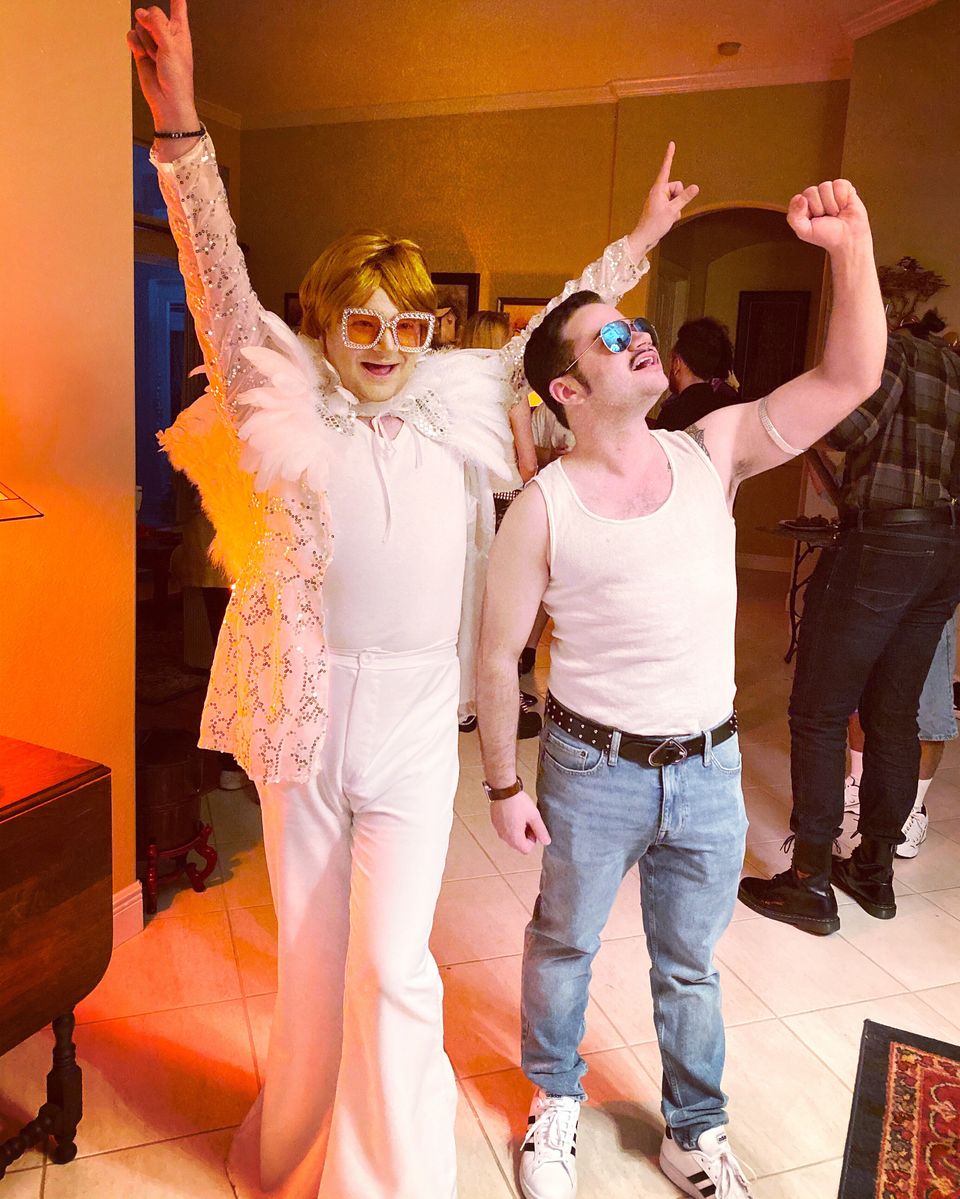