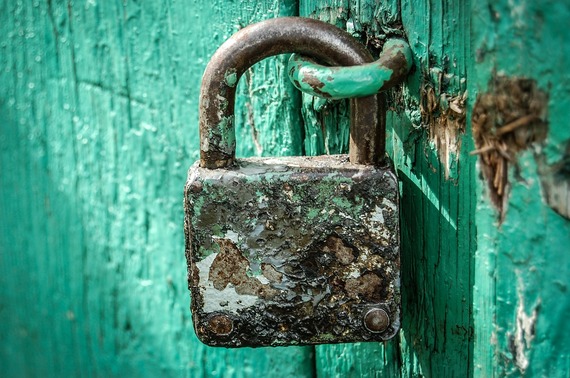 Nobody strives for them. No athlete sets out for last place, no entrepreneur's goal is bankruptcy.

But as if an act of divine mercy, there's positives to be found in the negatives. In fact, it's almost gospel the extent we hear successful people preaching the value in failing and lessons in losing.

Many are familiar with Michael Jordan's quote, "I've missed more than 9,000 shots in my career. I've lost almost 300 games; 26 times, I've been trusted to take the game winning shot and missed. I've failed over and over and over again in my life. And that is why I succeed."

Denis Waitley said it well, "Failure should be our teacher, not our undertaker. Failure is delay, not defeat. It is a temporary detour, not a dead end. Failure is something we can avoid only by saying nothing, doing nothing, and being nothing."

Indeed, the mark of a successful person lies in their response to negative situations -- they lick their wounds but never leave the battlefield, they turn their scars into strengths.

In approaching rejection, losing and failure, here are 10 hidden blessings:

Many of us struggle with decision making. Those with creative energy typically have their hand in multiple pies. But even a jack-of-all-trades knows there's a limit to how thin you can spread yourself.

Often, failure and losing result from diminished passion. You realize you weren't as passionate about that project as first thought. The pruning effect is a positive. As you clear your plate a little, the things that are left are what really gets you excited, and you direct your energy toward them.

Focused energy is when you're most effective, failure gets rid of fluff.

Remember when George Bush nimbly dodged that shoe destined for his head? Nobody thought he had the skill to do that. And I suspect neither did he. Until that moment.

Facing challenges and enduring a loss causes us to gather up resources and develop skills beyond our arsenal. In cases of "hysterical strength," where ordinary people lift cars off someone trapped, it's the negative situation that produces the surge of adrenaline and an act beyond one's capability.

Negative experiences cause us to respond in ways beyond what we thought possible. The obstacle beckons to be overcome. In order to rise to the occasion, there needs to be an occasion.

3. You'll Find Out Who Your Friends Are

Take a spill and you'll see who emerges out of the Facebook crowd to lift you up. Sure, everyone's busy, but we make time for the things we value and care about. "I'm too busy" can be translated, "It's not that important."

Relationships are key in all areas of life. And they take a lot of work, a lot of time invested. You certainly don't want to be investing in bad stock. Of course friendships aren't to be boiled down to a shallow transaction, but unfortunately, some folks see them that way -- a lot of taking without any giving. It's these relationships that need severing. There's no honor, or sense, in helping others when you're hurting yourself.

Hitting rock bottom has a way of uncovering the healthy genuine relationships from the detrimental. You'll want to keep investing in those who are nursing your wounds, and distancing yourself from the silent and nowhere to be seen.

It only takes one accident for a driver never to forget checking their blind spot again. A harsh way to learn, but some changes in behavior only happen with such shocks to the system.

5. You'll Burn Away Pride and Arrogance

Nobody is immune to pride and arrogance. To say you're beyond pride and arrogance is a little... well... prideful and arrogant. Losing is the glass of water for that bitter pill of pride. But that unpleasant process gives birth to humility. Which is perhaps the most attractive and profitable virtue anyone can possess.

As the proverb goes, "Pride goeth before the fall;" rejection and loss exchanges pride for humility, and may be the savior that prevents your fall.

The shins of Muay Thai fighters can break baseball bats. The micro-fractures from hours upon hours of kicking heavy bags are filled with calcium, resulting in abnormal bone density. It's just as muscle fibers grow as a result of micro-tears in the gym.

The old adage rings true -- it's the pain that brings the gain. The healing of a fracture carries a gift. 101-advice for anyone stepping out to pursue their dream is prepare for rejection, criticism and haters. And with each punch thrown your way, you'll realize that you can't please everyone, and the impact will start to soften. You'll even learn to bob and weave, realizing the issue lies more with them than with you.

The question of "What if?" can cause hours on end staring out the window. When that curiosity is pursued only to find you've boarded the wrong plane, failure is the blessing that pulls you right off. You'll no longer be kept up at night wondering about that other option.

Curiosity can cripple our consciousness and distracts from the work we should be doing. But sometimes engaging your own nagging is the only way to silence it.

Seeing his father drink beer, a teenage Tony Robbins begged his mother to let him try. Not only did she let him try, she gave him a whole six-pack, and wouldn't let him leave until he drank every drop. Tony has never touched alcohol since. The taste of his own vomit may have something to do with that.

Anyone with passion and ambition is tragically plagued with superhero-syndrome, which is both helpful, and harmful; particularly when the candle is burning at both ends, and you're drifting toward burnout.

When the word "help" disappears from our vocabulary, it's found when we crash and burn. We realize the skill of delegation is critical for our health and progress. We need to move away from viewing help negatively as a form of weakness, to positively -- that our success is growing beyond our own capacity.

9. You'll Go To The Drawing Board

And you'll engage in iteration. The process of reevaluating and refining, which produces a better end-result. As the saying goes, "Why fix it if it ain't broke?" Some things need fixing, but reevaluation doesn't happen if something doesn't break.

No doubt one of the greatest human achievements: 110-mile swim from Cuba to Florida without a shark cage. The only individual in the world to accomplish that feat -- 64-year old Diana Nyad. She was on her fifth attempt, her first attempt back in 1978 and three other attempts from 2011 - 2012.

Her last attempt was cut short with jellyfish stings that left her face puffy and swollen. This time, she wore a full bodysuit, gloves, and a mask at night -- when jellyfish rise to the surface.

She failed, went back to the drawing board, made iterations, and succeeded.

Value and meaning become heightened in the face of difficulty. The greatest celebrations come from the toughest battles. You'll realize the dream isn't all rainbows and butterflies.

When the journey includes getting back on your feet and dusting yourself off, you'll be more inclined to stop when you see roses, and express a little more gratitude and appreciation at the finish line.

Among the 14 "Eight-Thousanders" on earth, few recognize Kangchenjunga -- while Everest is a household name. There's only 262 meters separating the two mountains, but it's the failures and deaths on Everest that make it the most respected and celebrated climb.

The bitterness of every failure adds sweetness to every victory.