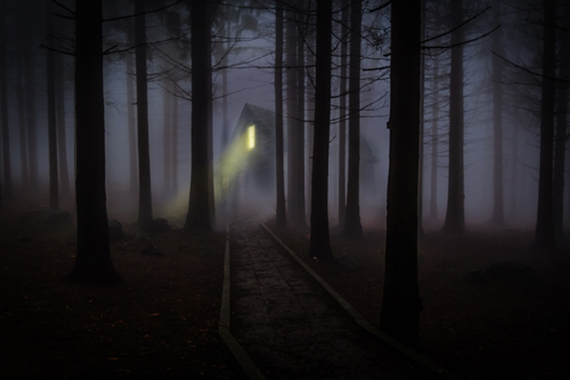 With Halloween on the horizon it's a wonderful excuse for another mini break. The UK has a rich history of witchery, hauntings, sorcery and magic, so there are plenty of places to go that really capture the spooky spirit. Here are 10 of the Good Hotel Guide's top places to go and the hotels to stay in this Halloween... 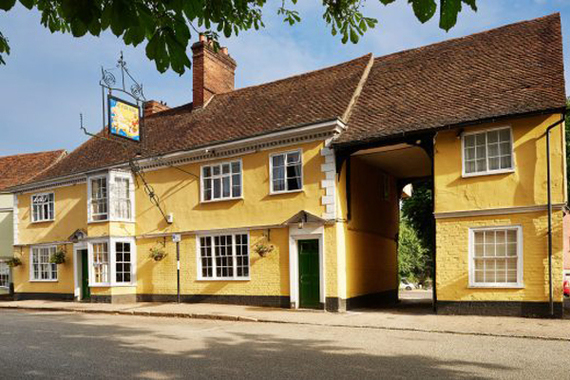 In the middle ages Essex was a hotspot for witch hunts, and the picturesque village of Dedham was the favourite haunt of Witchfinder General, Matthew Hopkins, who claimed to have overheard local women discussing their meetings with the devil in 1644. Watching from the sidelines was the 15th century building The Sun Inn in the heart of the town. With wood panels, cosy fireplaces and four poster beds - it's the perfect place to cuddle up and listen to deadly tales of witchcraft. 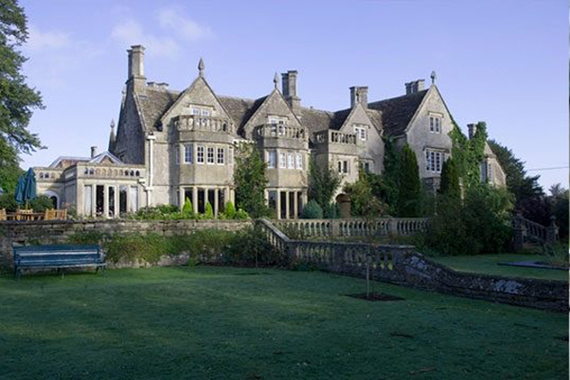 Stonehenge is a chance to walk in the footsteps of our Neolithic ancestors but it's also a site of pagan worship past and present. On Halloween, otherwise known as Samhain, the ancient Celts believed that the wall between the living and dead was thinnest allowing spirits of all kinds to walk among the living. Quite the place to visit then on Halloween with its stories and histories, and the perfect location for a little seasonal learning with the family. After that, stay at family friendly Woolley Grange - it's a 40-minute drive, but the Jacobean stone manor house has all the luxury for mum and dad and entertainment for the children to make the perfect mini break. Their gardener is a whizz at pumpkin carving, and there's even a fairy trail to continue the magic. 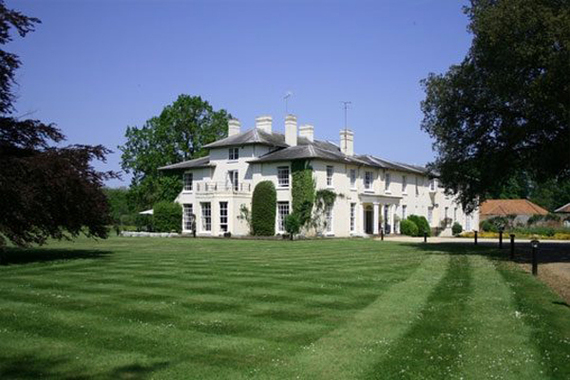 You might not expect it of this pretty market town, but King's Lynn is the site of the legend of the witch's heart. The area had a 160-year history of witch hunting and persecution in the 1500s, and in 1590 a woman named Margaret Read fell victim to the hysteria. Burned alive in the marketplace the story goes that as she burned her heart spontaneously burst from her body and hit the wall of a house opposite, searing a permanent sign into the brickwork that can still be seen to this day. After a day seeing that and recalling the story, a chance to unwind in the spa at Congham Hall close by will no doubt be much appreciated. 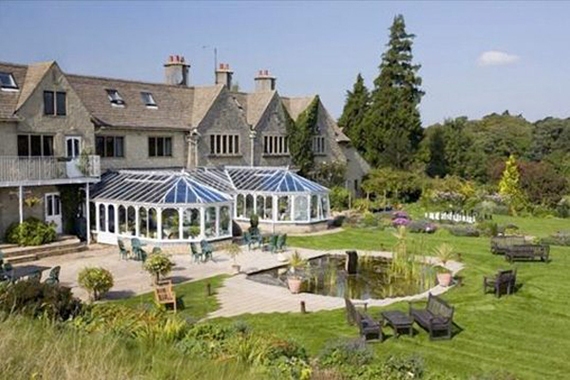 The Pear Tree at Purton, Wiltshire

The great stone circle of Avebury is another one of Wiltshire's odes to a prehistoric era. In fact, it is the world's largest prehistoric stone circle and has a dedicated museum bearing the name of millionaire archaeologist Alexander Keiller who uncovered it in the 1930s. Just half an hour from the postcard perfect Pear Tree at Purton, itself a charming 16th century former vicarage, the area provides a weekend of entertainment that's fits the historic purpose of Halloween. 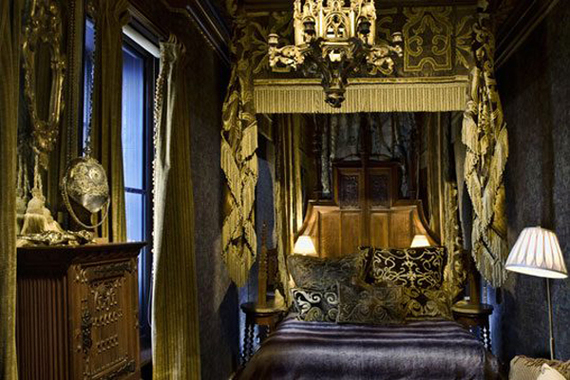 The Witchery by the Castle, Edinburgh

In 1596 King James I published his own works and thoughts on the subject of witchcraft, a year before The Great Scottish Witch Hunt saw 400 people put on trial for pacts with the Devil. Today you can go on a number of witchery tours and haunted tours in the city, and then, appropriately, you can stay at The Witchery by the Castle. The hotel was originally built for a merchant in 1595 at the height of the interest in witchcraft and retains a wonderfully gothic charm complete with secret doors and dramatic candlelit rooms. 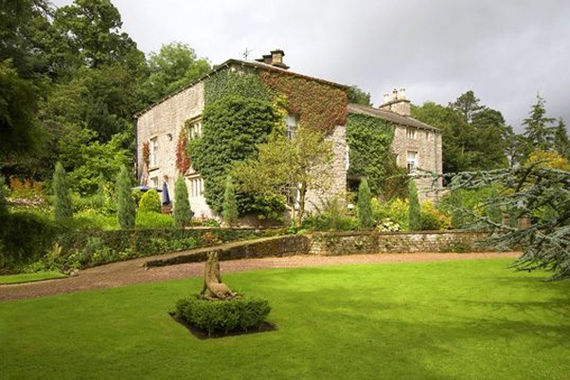 The trials of the Pendle witches in 1612 are among the most famous witch trials in English history. Twelve people were accused of murdering 10 others in the Pendle Hill area with the majority convicted. Today there are a number of walks in the area that take you on the trail of the witches, and there's also a Pendle Witches Mystery Treasure Trail suitable for the whole family in Barrowford. Barrowford is half an hour from the beautiful Austwick Hall, where you can retreat to luxurious comfort after all that adventure, in what was once a 12th-century peel tower. 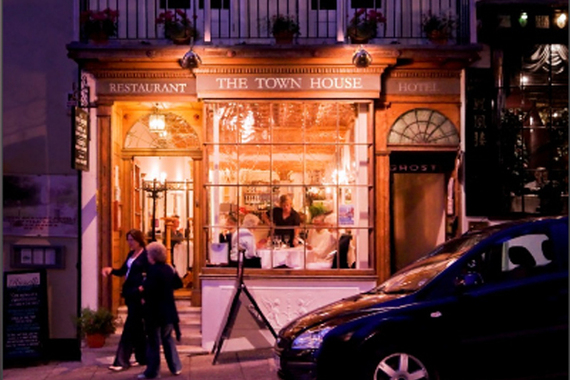 The areas of Essex and Sussex apparently hold the reputation for the area in the UK with the most poltergeists, with a total of 23 reported, so the story goes. Amongst them, Arundel Castle, is said to be haunted by a Blue Man (seen since 1630) who frequents and floats around the library. A phantom scullion is also said to haunt the kitchen, believed to have been treated very badly in life until one day he was beaten to death. Why not find out for yourself this Halloween, before staying at the Grade II listed Regency hotel, The Town House, a beautiful restaurant with rooms a mere six minutes from the castle on foot. 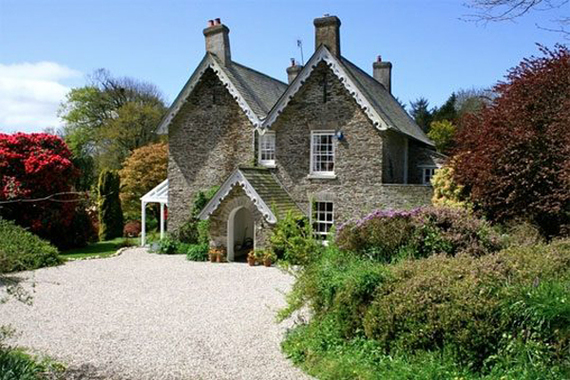 Cornwall is inextricably linked with the legend of King Arthur, and Tintagel Castle in particular is said to be the place where he was conceived. This remote headland is the perfect place for myth and legend to perpetuate, as well as having a rich history amongst the Romans and the Dark Ages. A mere 11 minutes away, The Old Rectory provides a magical haven to retreat to after your explorations, where the grounds have their own tale to tell having formed the backdrop for the Cornish romance between Emma Gifford and writer Thomas Hardy. 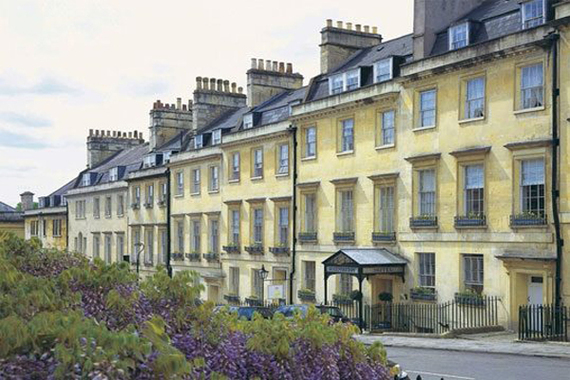 Bath and Somerset don't just have a lively history of witchcraft and wizardry, it's still very much alive and kicking! Drive a few miles out of the city to Glastonbury and the festival town is still teaming with Wiccan followers, spiritual teachers and authors inspired by the sense of magic. If there's one place to be on All Hallows Eve, it's Bath and Somerset, and to give yourself a little treat while you're there, step into the converted 18th century collection of townhouses that now forms the beautiful Queensbury Hotel. It might not be supernatural, but what they do with a little wild garlic is their own brand of magic. 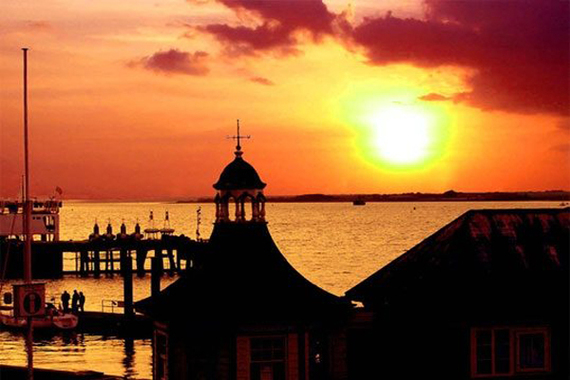 The Pier at Harwich, Essex

Back to our most haunted of locations in Essex, at Harwich Redoubt Fort the most common apparition is said to be that of a headless soldier, while others include a shabby man and shadowy figures appearing in the fort's windows. The anti-Napoleonic circular fort commanding the harbour also has a fabulous history to explore across its 11 battlements. In keeping with the maritime theme, you can stay at The Pier at Harwich, a Victorian quayside hotel and restaurant overlooking the Stour and Orwell estuaries and Old Harwich's historic Ha'Penny Pier, a mere 10 minutes on foot from the fort itself.

A selection from The Good Hotel Guide.

More:
travelhotelsHalloween
Newsletter Sign Up
An essential daily guide to achieving the good life
Subscribe to our lifestyle email.
Successfully Subscribed!
Realness delivered to your inbox